‘They are destroying us’: Meghan and Harry docuseries released on Netflix

“This is about duty and service and I feel as though, being part of this family, it is my duty to uncover this exploitation and bribery" 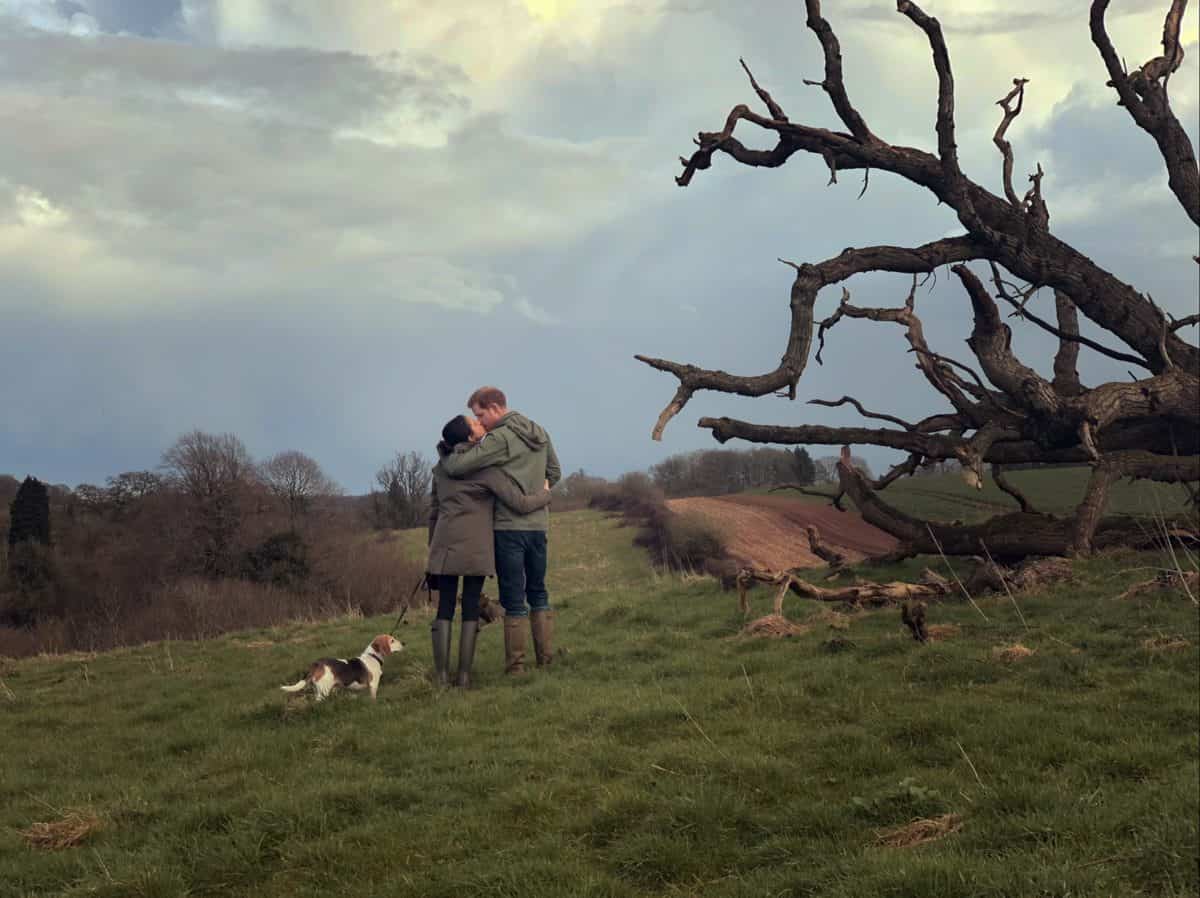 The Duke and Duchess of Sussex’s controversial documentary has aired as the royal family braces itself for the revelations.

Harry & Meghan – a six-part docuseries – dropped on the streaming giant at 8am on Thursday in the UK, with the Windsors steeling themselves for bombshells in the first three episodes.

In the opening scenes, Harry is shown at Heathrow airport in footage he filmed himself in March 2020 at the culmination of the Megxit crisis and as he prepared to leave the UK for the last time as a senior royal.

“This is about duty and service and I feel as though, being part of this family, it is my duty to uncover this exploitation and bribery that happens within our media,” he says.

Meghan is seen separately, filming herself in Vancouver wearing a towel on her head and saying: “Unfortunately, in us standing for something, they are destroying us.”

The series began with a written statement on a black background saying it is a “first hand account of Harry & Meghan’s story told with never before seen personal archive”.

It said all interviews were finished in August 2022 and “members of the Royal Family declined to comment on the content within this series”.

“What on Earth happened?”

“It’s really hard to look back on it now and go, ‘What on Earth happened?’”

He adds: “This isn’t just about our story. This has always been so much bigger than us.

“And I think anybody else in my situation would have done exactly the same thing.”

Meanwhile, Meghan is seen saying: “I just really want to get to the other side of all of this.”

There is a silent pause before she appears emotional and says: “I don’t know what to say anymore.”

Harry and Meghan signed lucrative deals, thought to be worth well over £100 million, with the streaming giant and Spotify after quitting as senior working royals in 2020 following family rifts and struggles with royal life.

The “unprecedented and in-depth” docuseries, directed by Oscar-nominated Liz Garbus, is billed as a Netflix global event, with Harry and Meghan sharing “the other side of their high-profile love story”.

Harry, in a trailer for the docuseries, warned “we know the full truth” and spoke of a “hierarchy in the family”, a “dirty game” and “leaking” and “planting of stories”.

The first episode, 56 minutes long, shares the impact of Harry’s childhood in the public eye and his secret relationship with Meghan in the early days.

Its Netflix tags are “riveting”, “investigative”, and “docuseries”.

As the King and the Queen Consort breakfasted in their own home and the Prince and Princess of Wales dealt with the school run, royal fans, commentators and the British media were binge watching the tell-all show.

But a friend close to the royal family said the situation concerns “real people” and there is a “great deal of sadness” involved.

“It’s really important to remember that these are real people. This isn’t a soap opera. They are human beings and a family and there’s a great deal of sadness,” they said.

Harry’s father Charles and brother William, along with Camilla and Kate, are not expected to watch the series, but royal aides will be tasked with closely monitoring the output and considering if and how to respond.

The King and the royal family will be carrying on with royal duties as normal on Thursday, with the documentary coinciding with the first circulation of coins bearing Charles’s effigy in post offices around the UK – symbolic of the adjustments continuing in the wake of Queen Elizabeth II’s death.

Its premiere comes exactly three months after the death of Harry’s grandmother the late Queen, with the Windsors still grieving and the King less than 100 days into his reign.

The first three episodes are steaming now, with the second volume of three set to be released on December 15.