They made the same claim back in November...and again this year. 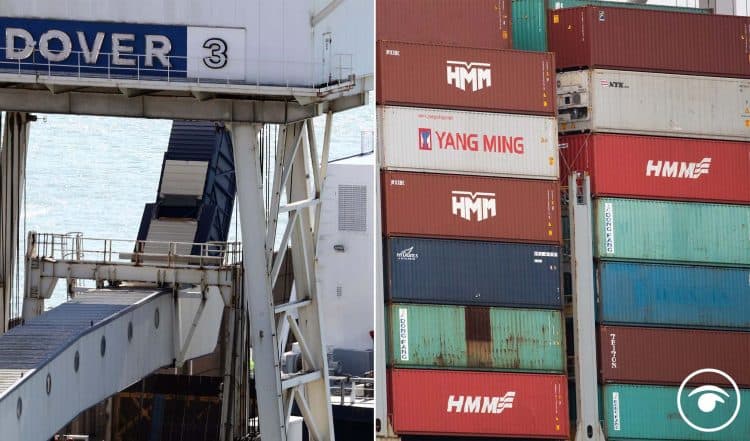 Huge lorry queues building up at the Port of Dover have been blamed “entirely” on extra controls which have come into force from Brexit.

Traffic aside, what is the value of new free trade deals since we left the EU?

Well according to the Express it is a lot, but that has been called out for a second time.

Since Brexit, Britain has been able to strike new free trade deals with 70 countries worth over £760 billion, it was claimed in an article on Jan 1st.

(Leaving EU) has allowed the UK to take back control of our borders – replacing freedom of movement with a points-based immigration system. Securing the fastest vaccine rollout in Europe by avoiding cumbersome EU bureaucracy was also made possible because the UK is now operating outside the bloc.

Britain has also been able to strike new free trade deals with over 70 countries, worth over £760 billion, including landmark deals with Australia and New Zealand. From today (Sat) British firms face the introduction of stricter post-Brexit border control checks which will affect businesses importing goods from the European Union.

However, these claims have been debunked by Full Fact for a second time.

The publication had already amended a previous article that made the same claim, after being approached by Full Fact, back in November, but slipped it into the piece at the start of this year.

Full Fact said that the total value of the trade in 2020 between the UK and countries with which it has a trade deal—not the additional value of the deals themselves, which will be much less.

Many of these essentially rolled over existing trade deals the UK had as a member of the EU.

There were also other misleading claims, reports the fact-checking site.

The paper also wrote that a report from the Centre for Policy Studies (CPS) says that if the UK joined the Comprehensive and Progressive Trans-Pacific Partnership (CPTPP), tariffs would be slashed on 99.9% of goods.

However, the CPS noted that 85.4% of UK exports are already eligible for tariff-free access to the bloc. So joining the CPTPP would result in tariffs being lowered on 14.5% not 99.9% of goods.  A huge disparity from what was reported.

The Express also reported that joining the CPTPP has the “potential to boost GDP by up to £20billion a year.”

This figure is based on government analysis which assumes South Korea, Thailand and the United States also joined the CPTPP, therefore boosting the economic power of the CPTPP

While Thailand and South Korea wish to join the CPTPP, in November, the US said the CPTPP “is not something that America would be part of at this time”

In this case, if just South Korea and Thailand joined the CPTPP, without the economic clout of the USA, the government estimates the UK’s annual GDP could increase by £5.5 billion if they joined over a period of time within the trading group.

Related: Express readers react to news of a ‘Rejoiner revolt’