"Very desperate or very stupid, or both," wrote one person in response. 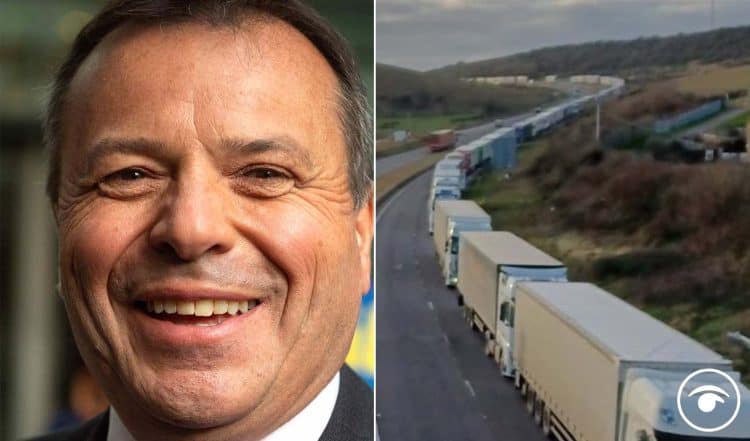 Banks, who donated a record £8m to the Leave.EU campaign group, is suing Cadwalladr for defamation over two instances – one in a Ted Talk and one in a related tweet – in which she said the businessman was lying about his relationship with the Russian state.

However, Brexit backer Arron Banks still had time to tweet this about the pile-up of lorries in Kent due to Brexit delays…. “It will just push growth at other ports & level up trade across the country…”

Enormous queues of lorries up to 9 miles long began after new full customs controls came into force at the beginning of this year. Checks needed for the government’s new Goods Vehicle Movement Service (GVMS) system and other export paperwork are said to be the cause.

It comes as National Highways denied CCTV of Brexit queues was intentionally turned off.

A few people chipped in on the general lorry issues in Kent.

It was the comment from Banks that had a lot of people bemused.