"Cheers you lot, well done, you must be so proud." 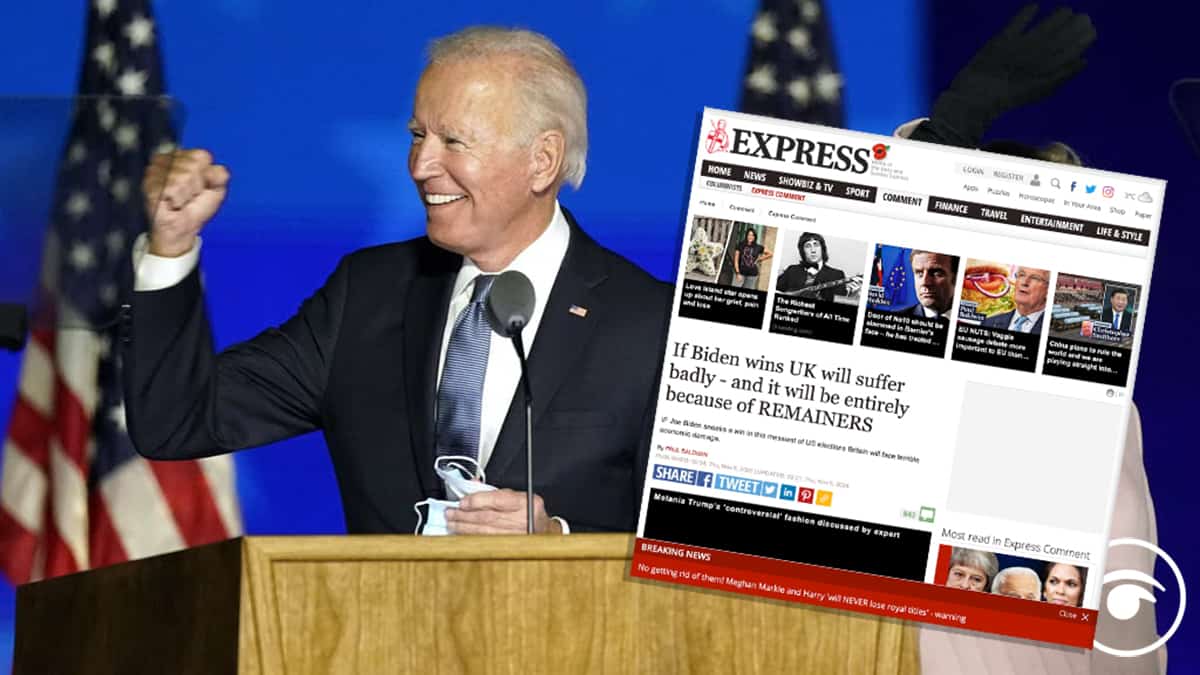 Remainers are at fault for preventing the most “lucrative” of international partnerships from coming to fruition, according to an article in the Daily Express today.

With Joe Biden on track to win the US election Britain’s Brexit future hangs in the balance with some believing it may have to be softened to accommodate for the new pro-Europe President.

If he “sneaks a win in this messiest of US elections” Britain will face “terrible economic damage”, the Express’s Paul Baldwin wrote today, adding that “the fault will lie squarely at the feet of Theresa May and her rabble of Remainer cohorts.”

“Their inability to achieve, well, anything, will have holed Britain below the waterline. Because Uncle Joe has made no secret of the fact he doesn’t like us,” he continued.

“And he has made no secret of the fact his loyalty lies with the EU – and if that means scuppering Anglo-American trade deals to curry favour with Brussels he will have no qualms in so doing.

“Which means what should really be our most lucrative international partnership will crash and burn on the altar of punishing Britain for having the temerity to champion that most American of virtues – self reliance.”

According to a former British ambassador to the EU a Biden win could prove hugely problematic for Johnson and the UK government, threatening the so-called special relationship.

“I don’t think either Biden or his core team are anti-British, but I think they are unimpressed by both Johnson and his top team,” he told the Observer.

“The UK’s absence from the EU will make it clearly less influential because it can no longer lead European thinking on the geo-strategic issues which will matter hugely to Biden. So [Biden] will put Berlin and Paris – and indeed Brussels – back at the heart of US thinking: not uncritically, because the US will still have serious issues with EU approaches on economic and security issues.”