Joe Biden is on the brink of US presidency, needing just one battleground state to get him over the line. 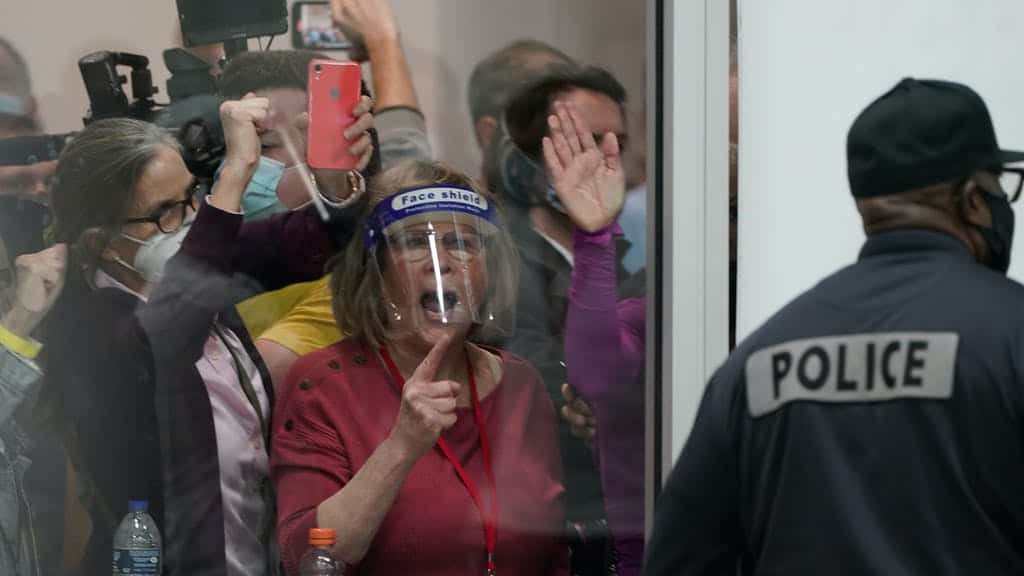 Donald Trump’s reelection campaign has announced that it will launch a legal blitz to try halt vote-counting in Pennsylvania and Michigan.

Officials working for the President said they planned to ask courts to pause tallying until more access is granted for Republican observers in the two states.

They will also seek to initiate a recount in Wisconsin and intervene in litigation pending before the Supreme Court over Pennsylvania’s extended deadline for mail ballots.

In a statement the Trump campaign said: “The eyes of the country are on Pennsylvania, but Pennsylvania has kept eyes off of the absentee ballot counting process all along, and that must stop today.”

Meanwhile, dozens of supporters of Trump chanting “Stop the count!” descended on a vote-tallying centre in Detroit after The Associated Press declared Democratic candidate Joe Biden had won Michigan.

Video shot by local media showed angry people gathered outside the TCF Centre and inside the lobby, with police officers lined up to keep them from entering the counting area.

#BREAKING: Large, animated crush of “stop the count” protestors trying to push their way into TCF hall in #Detroit where ballots are being counted.

They’re being blocked by guards at the door.