In one incident, she recounted, someone rolled down their car window and asked her: “What f****** lies are you going to be telling on TV tonight, you f****** lying bitch?” 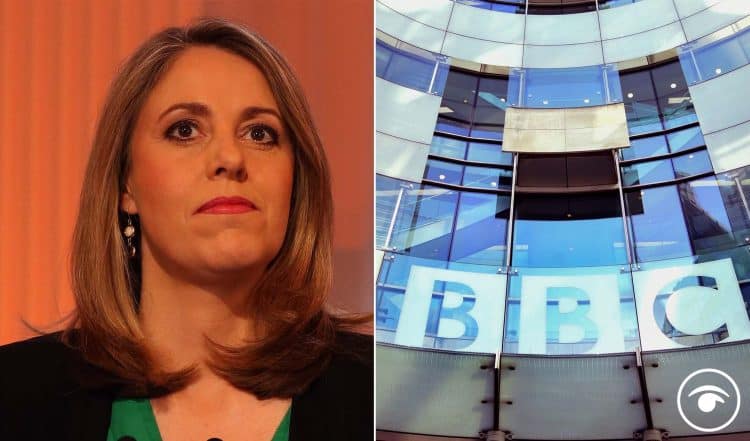 The former Scotland editor of the BBC has spoken of her relief at moving to America after suffering abuse covering Scottish politics.

As expected her comments have, sadly, seen her receive more abuse online. However, some people pointed out some of her errors while in the job.

She tweeted out the article and wrote: “Sharing this will no doubt invite all my *fans* on Twitter to take another shot but trying to be fair and impartial is tough these days.”

Sarah Smith, who was appointed the corporation’s North America editor last year, said she was subjected to hostility “most of the time” when preparing to go live on TV.

Speaking to Rhys Evans – the head of corporate affairs at BBC Wales – for a paper for the Reuters Institute for the Study of Journalism at Oxford University, the broadcaster said she had attracted “criticism, bile and hatred” from some sections of the Scottish population which she feared would damage the reputation of the BBC.

In one incident, she recounted, someone rolled down their car window and asked her: “What f****** lies are you going to be telling on TV tonight, you f****** lying bitch?”

Smith also said she was the subject of “misogynistic” ideas that she would follow the political ideology of her father – former Labour leader John Smith.

She said: “He was a very well-known politician, he was a unionist, people like to therefore assume that my politics must be the same as my father’s despite me being, one, a different person, and him having been dead for 27 years.”

Her move to the US, Smith said, was a cause for “relief”, adding: “Nobody will have any idea who my father is.

“The misogynistic idea that I can’t have any of my own thoughts anyway, or rise above my family connections to report impartially, will no longer be part of the discourse.”

The first Scotland editor at the BBC, Smith said she had been “demonised quite heavily… amongst certain parts of the population”.

The BBC was the subject of scrutiny in the months before the 2014 referendum on Scottish independence, and Smith said she believes another vote – which First Minister Nicola Sturgeon has said she hopes to hold next year – would see the corporation under “enormous scrutiny”.

As a result, the BBC would be “actual players”, she said, with news reports being “politicised and weaponised by both sides”.

She added that the broadcaster would receive “such an enormous amount of incoming criticism that it would be almost a full-time job to manage that, never mind trying to cover events”.

The debate seems to have split people’s opinions, some saw her as an avid unionist, hounded out by SNP supporters.

However, on the SNP side, there were accusations of bias against the independence cause.

However, a lot of people had messages of support for her.

Related: ‘Go on F*ck off!’ Succession’s Brian Cox slams Boris Johnson as only he could