"Millions of TV viewers hearing about misadventures in Downing Street without even watching the news," Laura Kuenssberg posted in response. 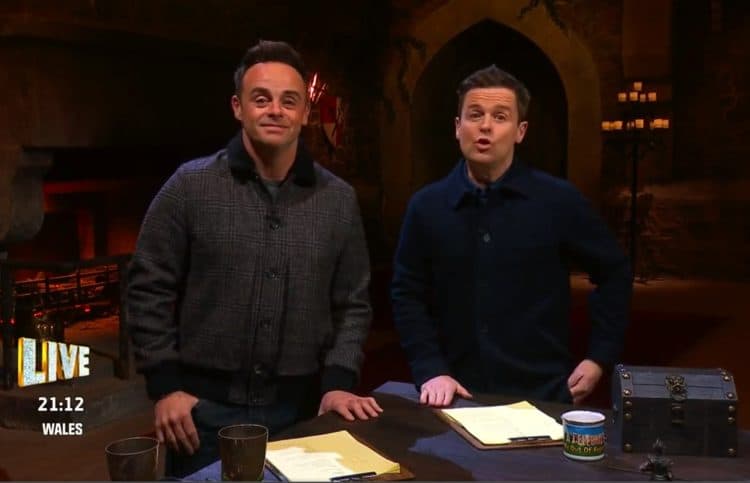 Ant and Dec suggested that the prime minister is living on borrowed time during I’m a Celebrity last night.

Boris Johnson is expected to face questions over whether he has told the truth about an alleged lockdown-busting Christmas party in No 10 after leaked footage showed his aides joking about a festive gathering.

The Conservative Party leader will be under the spotlight at Prime Minister’s Questions on Wednesday, with his opposite number likely to grill Mr Johnson for a second week running about what happened in Downing Street on December 18 last year.

Sir Keir Starmer, leader of the Labour Party, said the leaked video of senior aides laughing about a “cheese and wine” evening indicates that the Prime Minister has “not been straight” about claims of a festive get-together, with some reports claiming it featured alcohol and “secret Santa” present-giving.

Mr Johnson could even face uncomfortable questions from his own backbenches, with veteran Conservative Sir Roger Gale declaring that the situation bore “all the hallmarks of another ‘Barnard Castle’ moment” – a reference to the Prime Minister’s former aide driving 260 miles during strict lockdown conditions last year.

“No 10 clearly has some serious questions to answer. Fast,” tweeted the North Thanet MP.

In footage obtained by ITV News, the Prime Minister’s then press secretary Allegra Stratton and adviser Ed Oldfield, along with other aides, were filmed joking about a “fictional” Downing Street party in December 2020.

Mr Oldfield can be heard asking Ms Stratton: “I’ve just seen reports on Twitter that there was a Downing Street Christmas party on Friday night, do you recognise those reports?”

Ant and Dec, however, seemed to see it differently:

Israel-Gaza conflict: Is US’ back seat role a mistake?