The Department for Education admitted "it would have been better" not to go ahead with a boozy Christmas party. 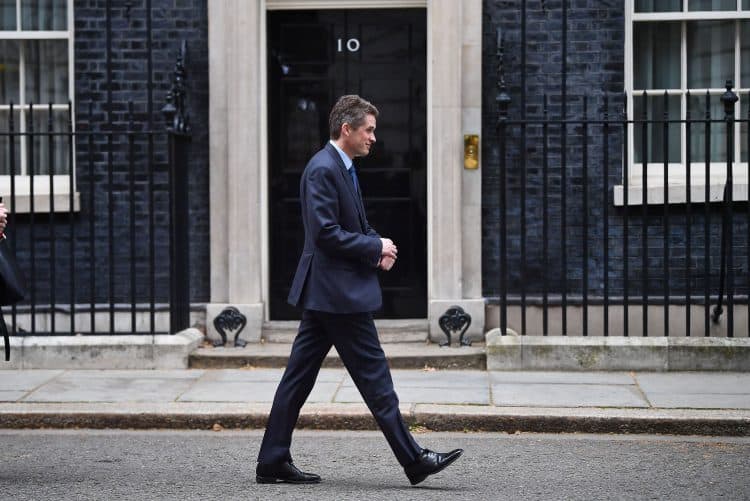 With London in Tier 2 – which outlawed social mixing between households – on 10 December last year, up to two dozen of Williamson’s staff gathered in the Department for Education cafe for “drinks and canapés”, the Mirror revealed.

The former Cabinet minister, who was sacked from the frontbench earlier this year, delivered a short speech at the event before officials and ministers quaffed glasses of wine.

One source told the newspaper: “There were lots of people gathered in the cafe area, mingling and drinking wine. It was just so reckless”.

Another added: “He hosted a drinks do when people were considering whether they could spend Christmas with their families.”

The DfE did not deny that Covid rules had been broken, admitting “it would have been better” not to go ahead with the event while the rest of the country was banned from socialising.

According to the Mirror, state school attendance on 10 December was just 85 per cent – meaning 1.2 million children in England were out of school while officials partied.

Just a week before, on 3 December, Williamson had urged people to take the “reasonable approach” of following social distancing rules as Covid cases surged.

Meanwhile an NHS England staffer has said she is “incandescent” with anger at a video of Boris Johnson’s senior aides joking about a Downing Street Christmas party just days after an alleged rule-breaking festive gathering.

The prime minister’s then-press secretary Allegra Stratton and adviser Ed Oldfield, along with other aides, were filmed joking about a “fictional” party in December 2020.

A frontline healthcare worker, who wished to remain anonymous, said she was working with Covid-19 patients that month, when her mother was admitted to her hospital following a fall.

Due to health protocols the woman was unable to visit her mother, who caught Covid-19 in the hospital and later died from bacterial pneumonia.

“To say I’m angry… I’m incandescent. It’s the disrespect, it’s the one rule for us and another rule for them, that’s what’s the worst,” the NHS worker said.

“I see Allegra Stratton laughing up there and I feel sick, I feel disrespected, (like) I’ve been taken for a mug.

“I can’t put enough words together right now as to how appalling that behaviour is. It should have consequences.”

Downing Street again insisted on Tuesday there was no Christmas party and coronavirus rules had been followed at all times.

Labour leader Sir Keir Starmer, however, has called on Johnson to “come clean and apologise”, adding that for aides “to lie and to laugh about those lies is shameful”.

The healthcare worker repeated the call for clarity, saying: “If it’s proven to be a cover-up, there have to be some actual consequences – people will have to be sacked.

“I don’t think ministers and MPs should be able to go on TV and say ‘there was no party’ then later say ‘it was within the rules’ when London had tier three restrictions – and there be no consequences.

“You have to hold the country’s trust if you’re in a position of authority.”