"Wonder if the £190 included ear muffs. Goodness knows... you would need them," one Twitter user said. 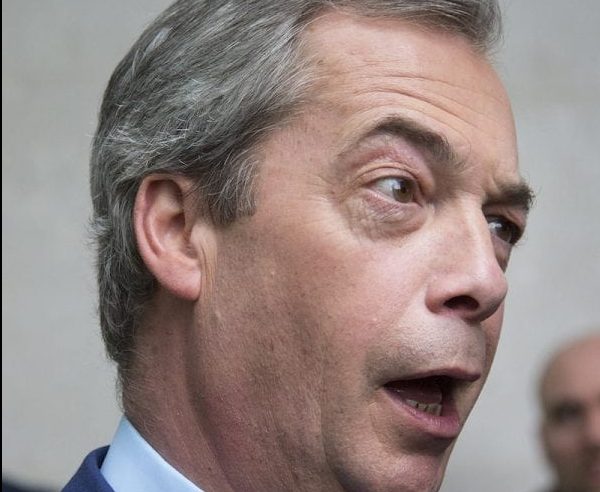 An event featuring Nigel Farage has been cancelled, triggering funny reactions regarding the advert.

The event, called ‘Evening With Nigel Farage’, was due to be held in Sunderland and charging up to £190 for a ticket – leading to journalist Otto English saying there’s “no wonder this event has been ‘cancelled’ (sic)”.

“How many spelling mistakes can they fit in?”, he continued.

Repeating a line from the event advert, Kristian Ulrichsen said: ‘Nigel Will Also Do An Open Q&A With The Crowed’.

One Twitter user said: “Really intrigued to know what the ‘signed item’ was. Wonder too if the £190 included ear muffs. Goodness knows… you would need them.”

Another added: “A signed ‘item’. The mind boggles.”

'Nigel Will Also Do An Open Q&A With The Crowed' https://t.co/avXUOmxjE7

Really intrigued to know what the 'signed item' was

Wonder too if the £190 included ear muffs. Goodness knows .. you would need them https://t.co/I8TdFiwDu7

Paying money to listen to the eternal grifter. Running out of cash again Nigel?

Paying money to listen to the eternal grifter. Running out of cash again Nigel? https://t.co/p0yLqh4rq8

The news come after last week Nigel Farage followed in the footsteps of Andrew Neil by announcing he is to take a break from GB News – less than a month after joining.

The former UKIPer was wheeled in to revive the channel’s audience numbers after they dropped markedly since its launch.

He brought to the show segments such as “Talking Pints“, in which guests were invited on to discuss the latest issues over a beer.

But the former Brexit Party leader has announced he will take a step back from hosting his own flagship evening programme at 7:00 pm from Mondays to Thursdays.

Farage posted an image on Twitter of himself with a beverage in his hand to announce he’d now be taking some time off from presenting duties.

The snap of a relaxed Farage was accompanied by the caption: “Off for the week! Back on GBNews soon.”

Andrew Neil announced in June that he would be taking a break from the channel, just two weeks after it launched.

The broadcast journalist said in late June: “Before I take this break, let me say this. Yes, we had a bit of a rocky start with the launch of GB News.”

Last month, Farage mocked a fundraiser which raised more than £200,000 for the RNLI following his ‘taxi for migrants’ comments.

But Simon Harris, who fundraised for a new RNLI hovercraft he intended to call ‘The Flying Farage’, said he was motivated by right-wing figures such as Nigel Farage.