Meanwhile, Europe has proposed to help the UK cut the red tape it had agreed to - amid threats and demands from Britain. 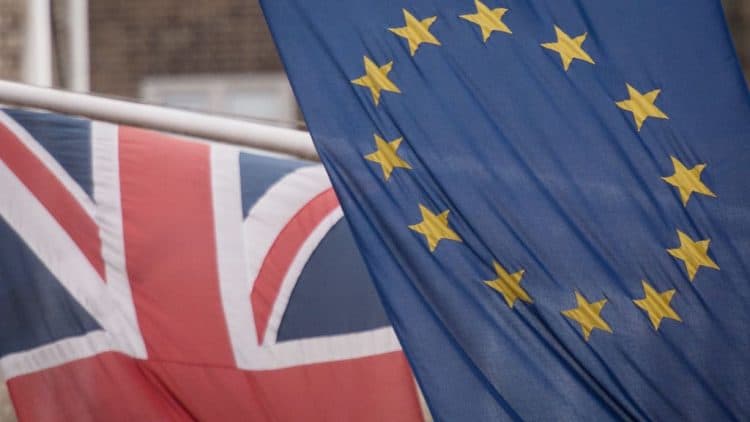 Europe will protect Ireland from being singled out if Northern Ireland Protocol negotiations fail, an EU commissioner has promised.

The comments made by Mairead McGuiness, Ireland representative in the European Commission, come as the UK and the EU are facing intense negotiations over coming weeks.

McGuiness insisted on RTÉ One that European officials understand the “very vulnerable position” of Northern Ireland – but addressed the UK government on the matter.

“I would put a question to the UK side – I hope that’s not their intention, I hope they’re not using Ireland, as opposed to Northern Ireland, as a way to, if you like, reconfigure things, because that won’t wash well either,” she said.

Meanwhile, the EU has proposed to cut the red tape which comes with the agreement signed by both Britain and the bloc.

The move is set to help Great Britain trade with Northern Ireland, but the UK government still wants more – to remove the European Court of Justice from overseeing the Protocol.

David Frost, UK’s Brexit minister, consistently threatened that if an agreement cannot be reached about the way the Protocol works, the government would suspend parts of the agreement it signed – but this could result in retaliatory action from the EU, such as a trade war.

He said the Brexit deal had been a way of “whacking [Jeremy] Corbyn” and winning the 2019 election – adding “of course” the government should be allowed to “sometimes break deals… like every other state does”.

Cummings also claimed that Johnson never understood what his Withdrawal Agreement with the EU really meant.

In response, McGuiness said: “What troubles me is that sometimes on the UK side, the minute there is a solution they find a problem in that solution, and that’s not progress. That’s going back and forth to the detriment of people in Northern Ireland.”

Cummings’ comments caused alarm in Dublin, where Leo Varadkar – the former Taoiseach who negotiated the protocol with Johnson in October 2019 – said they showed the prime minister could not be trusted.

“Those comments are very alarming because that would indicate that this is a government administration that acted in bad faith,” Varadkar said. “And that message needs to be heard around the world, because if the British government doesn’t honour its agreements, doesn’t adhere to treaties it signs, that must apply to everyone else too.

Related: Raab: ‘It’s not the job of the European Court to dictate things to UK’