The world’s first vending machine for homeless people has been axed just three months after it was unveiled – with officials branding the concept “misguided”. Rough sleepers were able to get hold of water, fresh food and warm clothes from the altruistic device 24-hours-a-day. The machine, which was invented by charity Action Hunger, was unveiled […] 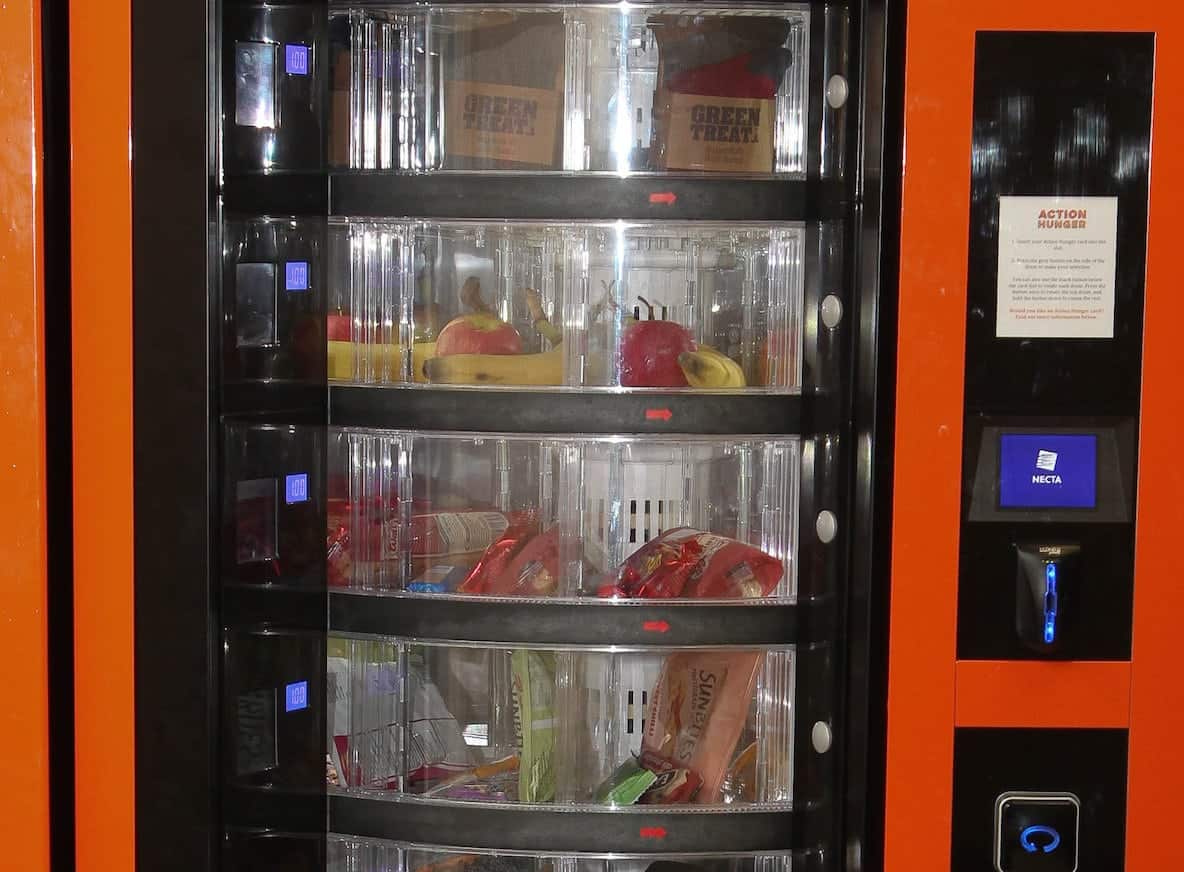 The world’s first vending machine for homeless people has been axed just three months after it was unveiled – with officials branding the concept “misguided”.

Rough sleepers were able to get hold of water, fresh food and warm clothes from the altruistic device 24-hours-a-day.

The machine, which was invented by charity Action Hunger, was unveiled at the Intu Shopping Centre in Broadmarsh, Nottingham, last December.

But today (Wed) the Nottingham City Council confirmed the £10,000 machine had been removed after shopping centre bosses said it was unworkable.

The charity had hoped to sign up around 100 homeless people to the scheme but just 70 people in need have used the machine since the project started.

Labour Cllr Toby Neal said: “There is no evidence that it helps, and may distract people from finding long-term solutions.

“Our view is that this is a well-meaning but misguided and ill-informed attempt to address complex problems faced by people with accommodation and health issues.

“There is no evidence that it helps, and may distract people from finding long-term solutions through the support that’s in place 24/7 through the council’s ‘No Second
Night Out’ policy and our partnership with Framework including their street outreach teams and the work of other partners and organisations.

“Nottingham City Council is committed to tackling the issues around homelessness and unlike many councils locally has invested in a homelessness strategy, that includes addressing the many issues that are connected to it and working with partners to meet the many needs of people affected.”

But Conservative county councillor Dr John Doddy, a trustee for Action Hunger, said:
“This will turn out to be a tremendous shame on Nottingham city, or perhaps even a national shame.

“This is not some misguided adventure, this is a real contribution to the growing
problem in this country.”

The device was hailed as an innovative and modern approach to helping homeless people get back on their feet without resorting to begging.

Those in need were able to use it with a key card given out but were only able to get hold of three items a day to prevent dependency.

Chris, who is living on the streets in Nottingham, was the first person to use the machine.

“If you’ve got no money in the middle of the night, and you need something to eat or drink, or just dry socks.”

The fresh fruit is taken from redistribution organisations who are attempting to reduce food waste, whilst the other items are bought with donations.

Organisers had hoped the device would become the first in a local, national and worldwide chain.

The machine was the brainchild of Huzaifah Khaled, 29, who thought up the idea whilst studying for a PhD in Law.

As workers walk out on strike, Tory Govt plans to tear up restrictions on bankers’ pay