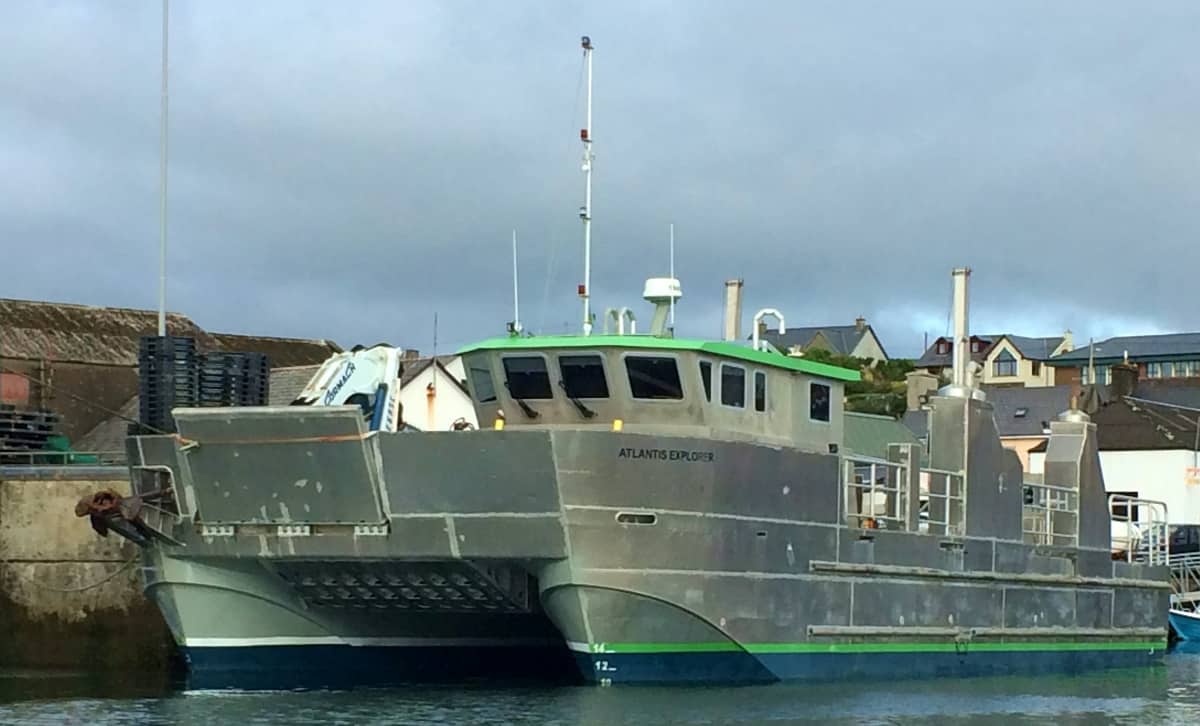 TV star Ben Fogle has backed calls for further research into controversial plans for the biggest-ever harvesting of seaweed forests in the British Isles and Ireland.

A biotech firm has been granted a licence to mechanically extract thousands of tonnes of native kelp from the seabed off the west coast of Cork, Ireland.

The ten-year licence to harvest 1,860 acres of seabed at Bantry Bay, granted without an environmental impact study, will be challenged in Ireland’s High Court this week.

However campaigners, who say the licence was granted without proper public consultation, fear it is highly likely the ‘industrial-scale’ harvesting will get the go-ahead.

They claim the project will harm the diverse marine life in an area of outstanding beauty and pave the way for similar schemes in Ireland, England and Wales.

BioAtlantis plan to use their 70-foot-long vessel Atlantis Explorer, fitted with an underwater ‘mower’, to cut the kelp at around 25cm from its stem and then suck it to the surface.

The company insist this method of extraction will enable the kelp forests to grow back within three to six years.

But TV broadcaster Ben Fogle, who visited the west coast of Ireland for his ‘New Lives in the Wild’ series, backed calls for further research before harvesting was allowed to start.

He said: “I very much hope that a full environmental and ecological risk assessment will be undertaken before harvesting begins to ensure the longevity of the oceans biodiversity.”

Lobby group Bantry Bay – Protect our Native Kelp Forests – failed in a bid to obtain an injunction from the High Court earlier this year to prevent the scheme going ahead.

However, the granting of the licence is subject to a fresh judicial review which will open today (tues).

Tomás O’Sullivan, a member of Bantry Bay – Protect our Native Kelp Forests, said: “The seaweed off our coasts is a massive resource, that we should be exploiting: seaweed is full of beneficial nutrients that can be made use of in so many ways.

“BioAtlantis is dead right to be exploring all the varied ways we may make use of it. What concerns us is the way they propose to cut it.

“This is an experimental procedure. To the best of our knowledge, this proposed machine has never actually been tested, in any way, before this point.

“The impact, and potential consequences, of such cutting are … unknown.

The kelp forests are in an area of outstanding natural beauty and are home to a huge array of marine wildlife including crabs, shrimp, lobster, scallop as well as a host of fish species.

The west Cork coast is also popular with visitors who come to watch the marine wildlife including Minke whales, humpback whales, commons and grey seals and harbour porpoises.

Campaigners fear the mechanical harvesting will endanger native species in an area which has already been subject to commercial mussel and salmon farming.

BioAtlantis Aquamarine Ltd, based in Tralee, Kerry, was granted a foreshore licence from the Minister for Housing to mechanically extract kelp in 2014.

The company produces a range of natural products to stimulate plant growth and animal health and also produce an alternative to antibiotics for livestock.

The company is building a £10m seaweed processing plant in Tralee, which is described on its own website, as the ‘largest in the British Isles”.

BioAtlantis declined to comment ahead of the judicial review but have previously insisted the extraction of kelp would be sustainable and a major boost to local employment.

The company have said the kelp would be cut at 25 cms, allowing young plants to flourish, and the seaweed would be cut in strips allowing spores to travel and start growth.

It has also said that just 25 per cent of the 1,860 acre area would be harvested annually.

TV presenter and wildlife campaigner Sir David Attenborough has previously objected to separate proposals to harvest kelp by dredging off the Scottish coast,