A study of 12 year olds found those who grew up around busy roads had less grey matter.

by Ben Gelblum
in Environment, Health 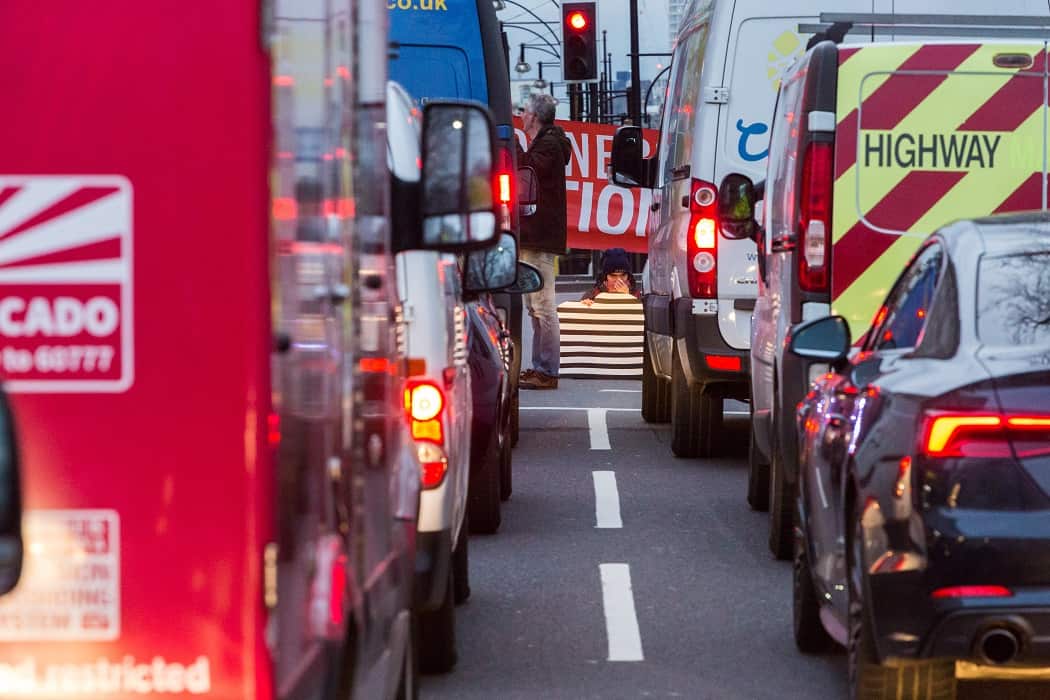 Traffic pollution is damaging children’s brains, according to new research.

A study of 12 year olds found those who grew up around busy roads had less grey matter. They also had a thinner cortex – the region important for reasoning. Similar structural changes are seen in middle-aged people.

Lead author Dr Travis Beckwith, a neuroscientist at Cincinnati Children’s Hospital, said: “The results suggest where you live and the air you breathe can affect how your brain develops.”

Participants exposed to significant amounts of traffic-related air pollution (TRAP) in early childhood had around four per cent fewer neurons in some brain areas.

Dr Beckwith said: “While this is far less than what might be seen in a degenerative disease state, it may be enough to influence the development of various physical and mental processes.”

Anatomical images from MRI (magnetic resonance imaging) brain scans linked the loss to tiny particles of soot and dust pumped out from the exhausts of vehicles. Parents had given permission for the 147 volunteers to be recruited from birth for parents for the Cincinnati Childhood Allergy and Air Pollution Study (CCAAPS).

Irreversible harm to the brain

Specifically, the study found the frontal and parietal lobes were affected with decreases on the order of three to four percent.

The former is involved in speech, thought, emotion and skilled movements. The latter perceives and interprets sensations like touch, temperature and pain.

The same was seen for the cerebellum at the top of the spinal cord which co-ordinates voluntary movements such as posture, balance and speech.

Participants were split into two groups – those who had either high or low levels of TRAP exposure during their first year of life. This was estimated using an air sampling network of 27 sites in the Cincinnati area – with a round-the-clock survey conducted simultaneously at four or five over different seasons. The children, with their parents, completed six clinic visits – at the ages of one, two, three, four, seven and 12.

The findings published in PLOS One follow previous studies showing air pollution increases the risk of neuro-degenerative diseases, including dementia.

It has also been found to fuel neuro-developmental disorders in children – and increase their risk of depression.

A study of 20,000 people aged 10 and above in China found those who had suffered chronic exposure did worse in maths and verbal tests.

More than nine in ten people across the globe lives in places where air quality exceeds WHO guideline limits. More than 80 per cent of the world’s urban population are breathing unsafe levels of air pollution.

It has been linked to a host of life threatening conditions including cardiovascular disease and lung cancer. Described as an invisible killer, air pollution causes an estimated seven million premature deaths a year worldwide, according to the World Health Organisation (WHO).