"Year after year, we witness A&E wards buckle under the pressure of the influx of patients admitted with respiratory conditions. The evidence is clear – dirty air is a major contributing factor to lung conditions and the NHS’s winter workload.” 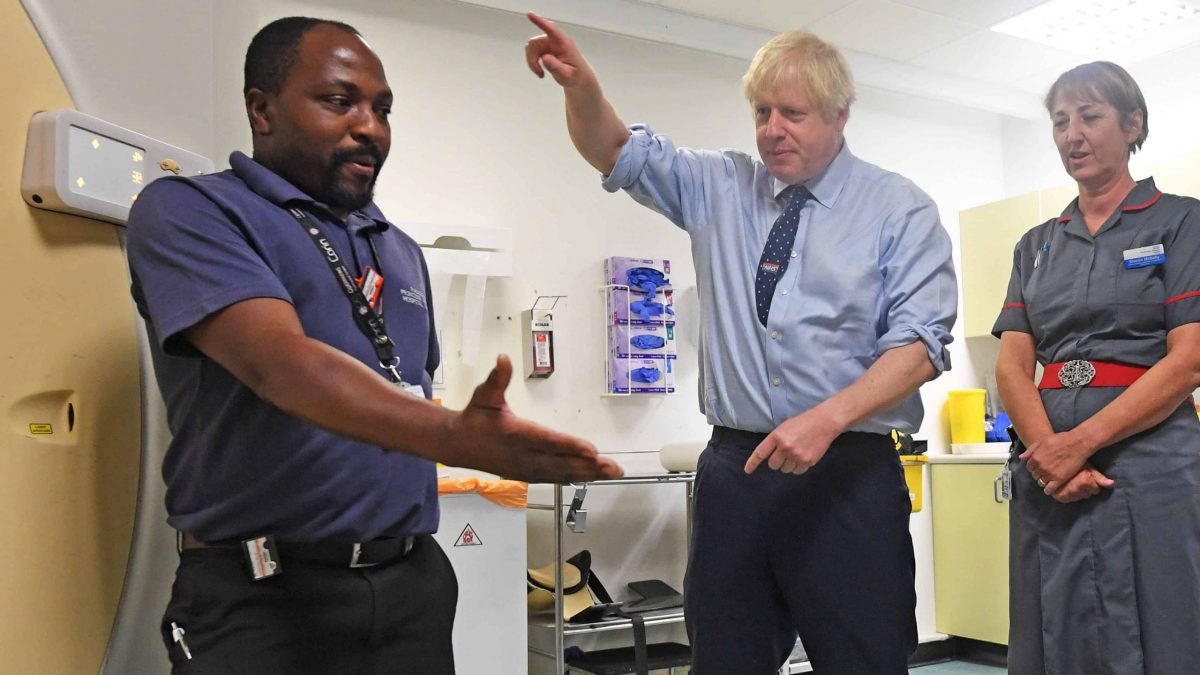 The group pointed to a “public health crisis” as hospital wards and GP surgeries are”buckling” under the pressure of thousands of cases of asthma, bronchitis and pneumonia made worse by air pollution.

In the letter, to be published in The Times newspaper, the experts said the severe pressures facing A&E departments in winter “are being exacerbated by preventable causes”.

They wrote: “Thousands of children and adults are in hospital or waiting rooms with conditions such as respiratory diseases, bronchitis and pneumonia who would not be there if air pollution was reduced.

“Air pollution isn’t just associated with conditions such as lung cancer or asthma, it can also trigger heart attacks, strokes and has been linked with diabetes and depression.

“The hospitals and surgeries we work in are overwhelmed, particularly in A&E, and the severe pressures in the winter months are being exacerbated by preventable causes. This is a public health crisis.”

The letter urges the Prime Minister to use the Queen’s Speech to commit more cash as well as setting a legally-binding target to meet World Health Organisation (WHO) guidelines for PM2.5 (particulate matter) pollution by 2030.

The WHO guideline sets an annual mean level of PM2.5 of 10µg/m3.

One of the signatories of the letter is Professor Stephen Holgate, one of three Clean Air Champions appointed by UK Research and Innovation (UKRI) and the Met Office.

‘Air Pollution is the public health problem of our time’

Prof Holgate, who is clinical professor of immunopharmacology at the University of Southampton, said: “Air pollution is the public health problem of our time.

“The Government must give this the highest priority for the sake of the country’s health.”

Dr Rob Hughes, senior fellow at the Clean Air Fund, who also signed the letter, said: “As well as properly funding the NHS, it’s critical that the new Government addresses the root causes of this crisis, including clearing the toxic air which is sending so many people to already busy emergency departments and GP surgeries. 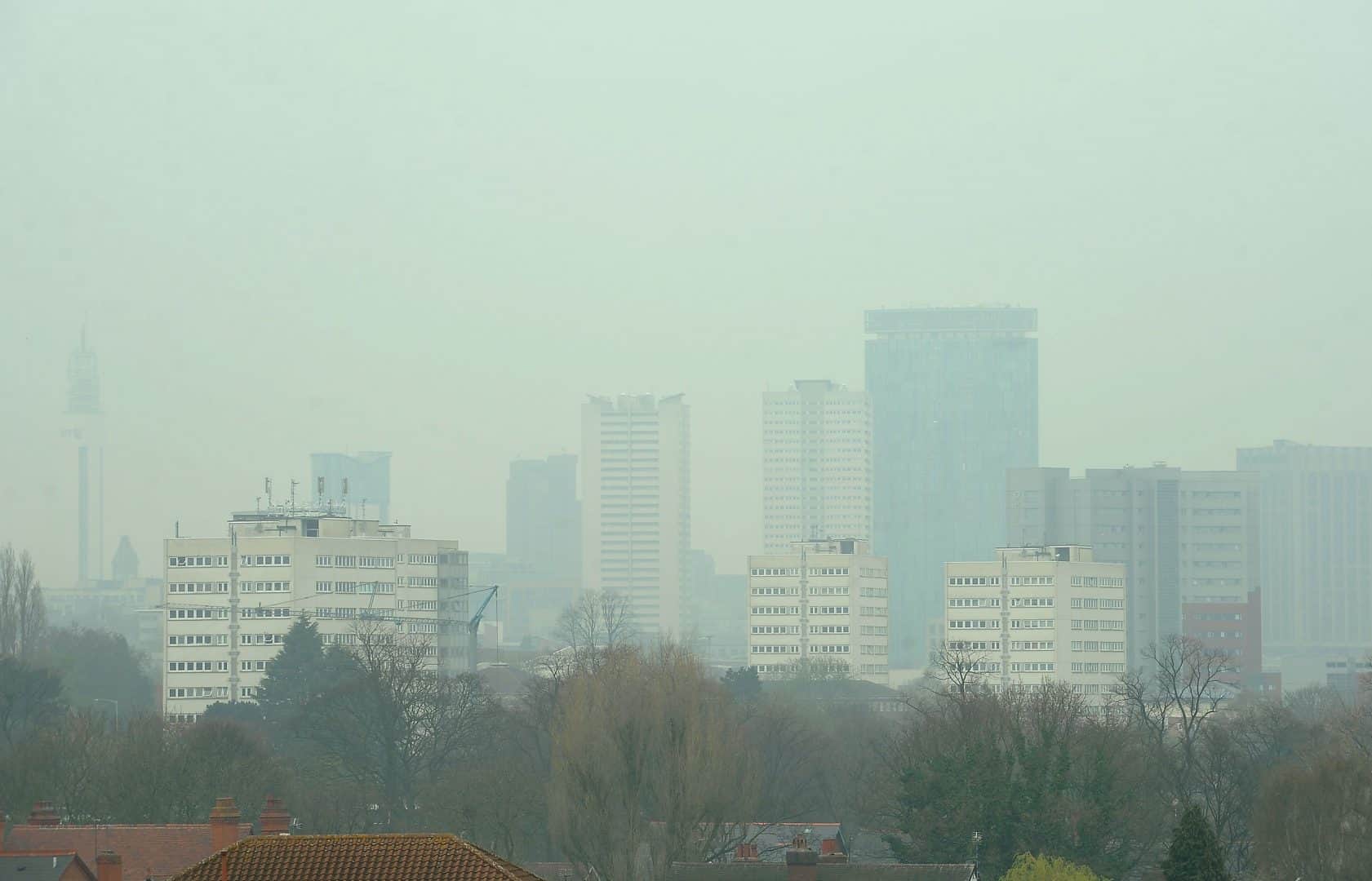 “A new Clean Air Act which adopts the World Health Organisation’s recommended limits for pollution would be a good start.”

Professor James Chalmers, chair in respiratory research at the University of Dundee, who also signed the letter, said: “The UK has some of the highest rates of pneumonia in Europe, with air pollution being one of the major preventable factors for developing the condition.

“Children, the elderly and people with existing lung conditions are those most at risk during the winter months.”

Another signatory, Dr Anant Patel, consultant respiratory physician at the Royal Free Hospital in London, said: “There is an epidemic of people who have never smoked developing lung cancer which in large part is due to roadside air pollution.

“This is an enormous opportunity for jobs and growth in the UK in this next parliament to become a world leader in green technologies.

“We either start to lead this process or get left behind again.”

‘A&E wards are bucking under the pressure’

Dr Penny Woods, chief executive of the British Lung Foundation, said: “Year after year, we witness A&E wards buckle under the pressure of the influx of patients admitted with respiratory conditions.

“The evidence is clear – dirty air is a major contributing factor to lung conditions and the NHS’s winter workload.”

Data from King’s College London, which includes figures from nine big UK cities, suggests the risk of emergency hospital admissions for pneumonia in children is on average 2% higher on high pollution days than on lower pollution days.

It also suggests that cutting air pollution by a fifth may result in 4,481 fewer children with acute bronchitis each year in just seven cities.

A Government spokesman said: “We are committed to cleaning up our air as well as setting strict new laws on air quality.

“This builds on our £3.5 billion plan to improve air quality and reduce harmful emissions, with a Clean Air Strategy, backed by the World Health Organisation as an example for the rest of the world to follow, and our pioneering Clean Air Zones delivering urgent action to clean up our air.

“To deliver a world-class health care system, we are providing the NHS a record cash funding boost worth an extra £33.9 billion a year by 2023/24.”