Taylor Blackburn, named after the band’s drummer, was invited on stage at the gig in Belfast on Monday. 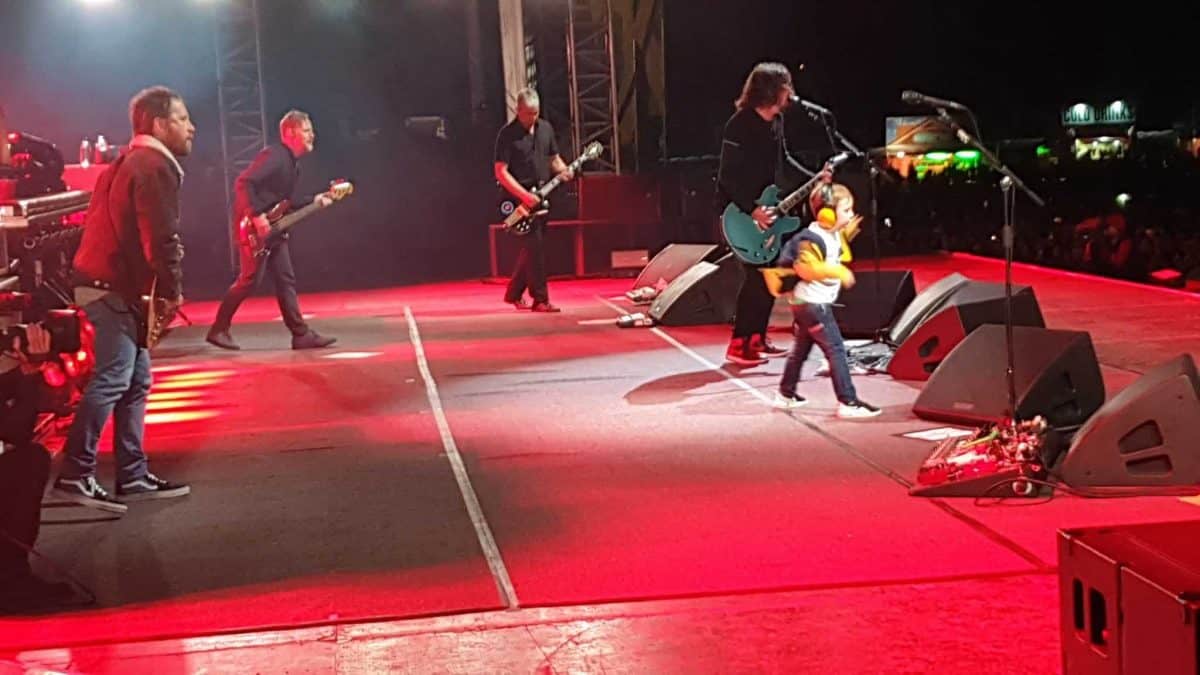 A five-year-old music fan delighted thousands of Foo Fighters fans when he danced on stage with the band at his first concert.

Taylor Blackburn was in attendance at the Belfast Vital gig on Monday with his parents and friends, who all decided to create a sign for him to get frontman Dave Grohl’s attention.

The sign worked, with the family invited backstage while Taylor danced in front of thousands of fans.

Taylor’s mother Nikki Blackburn described the surprise performance, during the band’s hit All My Life, as “the most amazing experience of his life”.

“We decided to make a little banner for him,” she told PA.

“It said: ‘I’m Taylor, aged five, first ever gig’ and we thought it would be lovely even if Dave waved at him or just pointed at him.

“The crowd around us weren’t having that at all. They were shouting ‘Taylor! Taylor!’ Dave saw the sign and was reading it, and everyone was like ‘Up on stage! Up on stage!’ and that’s how it happened.”

Security helped the family over the barrier and around to the backstage area, where they were allowed to remain for the rest of the show.

“We have to thank every single person who was around us, the security staff and promoters,” said Ms Blackburn. “He had the most amazing experience of his life.”

Ms Blackburn said her family was “very musical” adding that Taylor had performed a solo rendition of Queen’s Bohemian Rhapsody at his end-of-year school concert, and was named after Foo Fighters drummer Taylor Hawkins.

“Watching our son standing next to one of rock’s biggest legends currently, it was like a dream come true,” she said of her son, who wore ear protectors at the concert.

“I’m so proud of him, he did so well to stand in front of 35,000 people and dance the way he did. I think he stole Dave’s limelight big time!

“When we got home he understood that that will probably never happen again. He said: ‘But that was awesome for my first concert, I’ll never forget it.’”