Saudi Arabia's heat and humidity is set to get so bad even fit individuals will face "extreme danger". 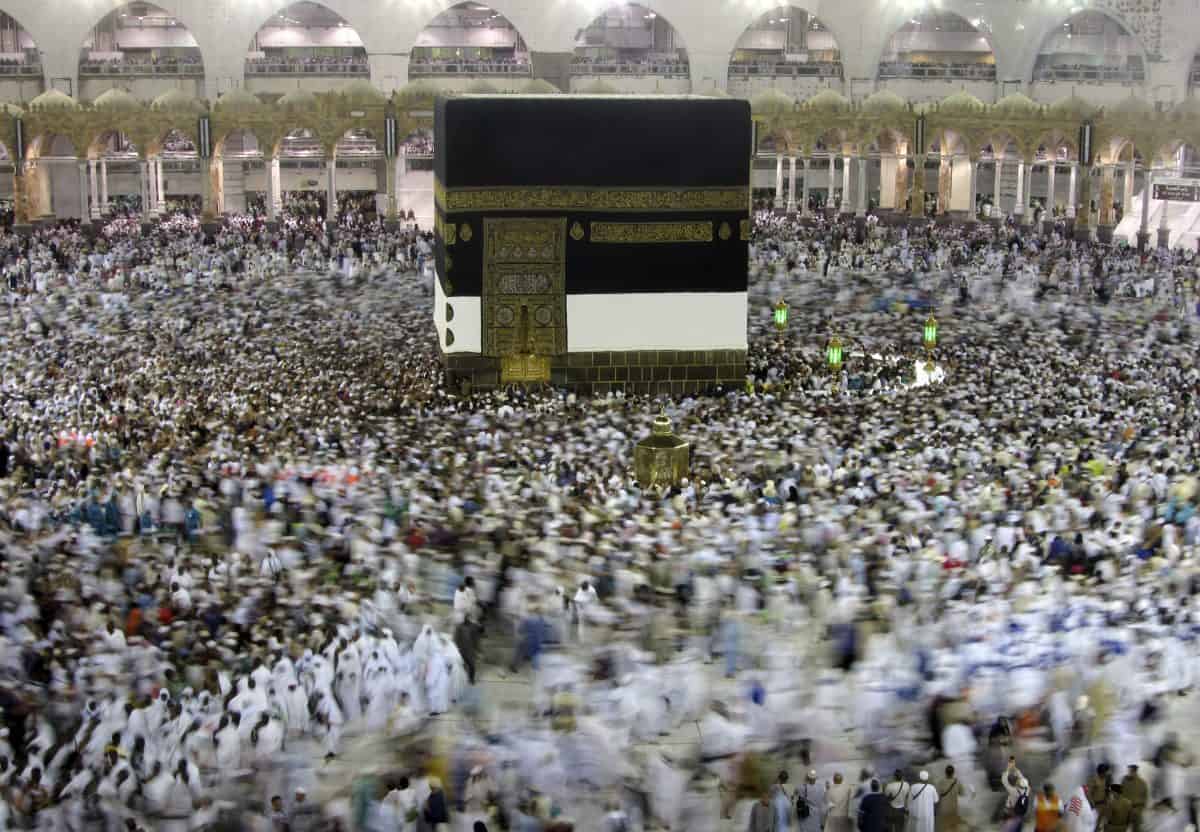 The Hajj could fall victim to global warming, with pilgrims in ‘extreme danger’ from the heat, according to new research.

Saudi Arabia’s heat and humidity is set to get so bad even fit individuals going to Mecca will be at risk.

Prof Elfatih Eltahir and colleagues said planning for counter measures or restrictions on participation may be required.

The ritual attended by more than two million worshippers annually includes about five days of activities – of which up to 30 hours involve being in the open air.

Potential problems were already serious when the last one was held earlier this month.

The situation will arise next year and in the decades to come, warns environmental engineer Prof Eltahir.

He said: “When it comes in the summer in Saudi Arabia, conditions become harsh, and a significant fraction of these activities are outdoors.”

Both of those years coincided with peaks in the combined temperature and humidity in the region. The stress of the intense heat may have contributed to the tragedies.

Prof Eltahir, of Massachusetts Institute of Technology, said: “If you have crowding in a location the harsher the weather conditions are, the more likely it is crowding would lead to incidents such as those.”

For the world’s estimated 1.8 billion Muslims – roughly a quarter of the world population – going to Mecca is seen as a religious duty.

It must be performed at least once in a lifetime, if health and finances permit. But the timing of the Hajj varies from year to year.

The study published in Geophysical Review Letters said everyone attending will be vulnerable.

Substantial measures to limit greenhouse gas emissions will not be enough to prevent the threat which will be even greater without them.

The Hajj is based on the lunar rather than the solar calendar, meaning each year it occurs about 11 days earlier.

Explained Prof Eltahir: “When it comes in the summer in Saudi Arabia, conditions become harsh, and a significant fraction of these activities are outdoors.”

In the study his team used a measuring technique known as wet bulb temperature (TW) where a wet cloth is attached to the bulb of a thermometer.

It is a direct indicator of how effectively perspiration can cool off the body. The higher the humidity, the lower the absolute temperature that can trigger health problems.

At anything above a TW of 103 degrees Fahrenheit, the body can no longer cool itself, Such temperatures are classified as a “danger” by the US National Weather Service.

A TW above 124 F is classified as “extreme danger,” at which heat stroke, which can damage the brain, heart, kidneys, and muscles, is “highly likely” after prolonged exposure.

They showed the likelihood of exceeding these thresholds for extended periods will increase steadily over the course of this century with the countermeasures and very severely so without them.

Evaporation is crucial to maintaining a safe body temperature, so the level of humidity in the air is key.

Even an actual temperature of just 90 F, if the humidity rises to 95 percent, is enough to reach the 124 degree TW threshold for “extreme danger.”

At a lower humidity of 45 percent, the 124 degree TW threshold would not be reached until the actual temperature climbed to 104 F.

Climate change will significantly increase the number of days each summer where wet bulb temperatures in the region will exceed the “extreme danger” limit.

Even with mitigation measures in place “it will still be severe”, said Prof Eltahir. he added: “There will still be problems, but not as bad.”

The Hajj is “a very strong part of the culture” in Muslim communities so preparing for these conditions will be important for officials in Saudi Arabia, he said.

A variety of protective measures have been in place in recent years, including nozzles that provide a mist of water in some of the outdoor locations to provide some cooling for participants, and widening some of the locations to reduce overcrowding.

In the most potentially risky years ahead, it may become necessary to severely limit the number of participants allowed to take part in the ritual.