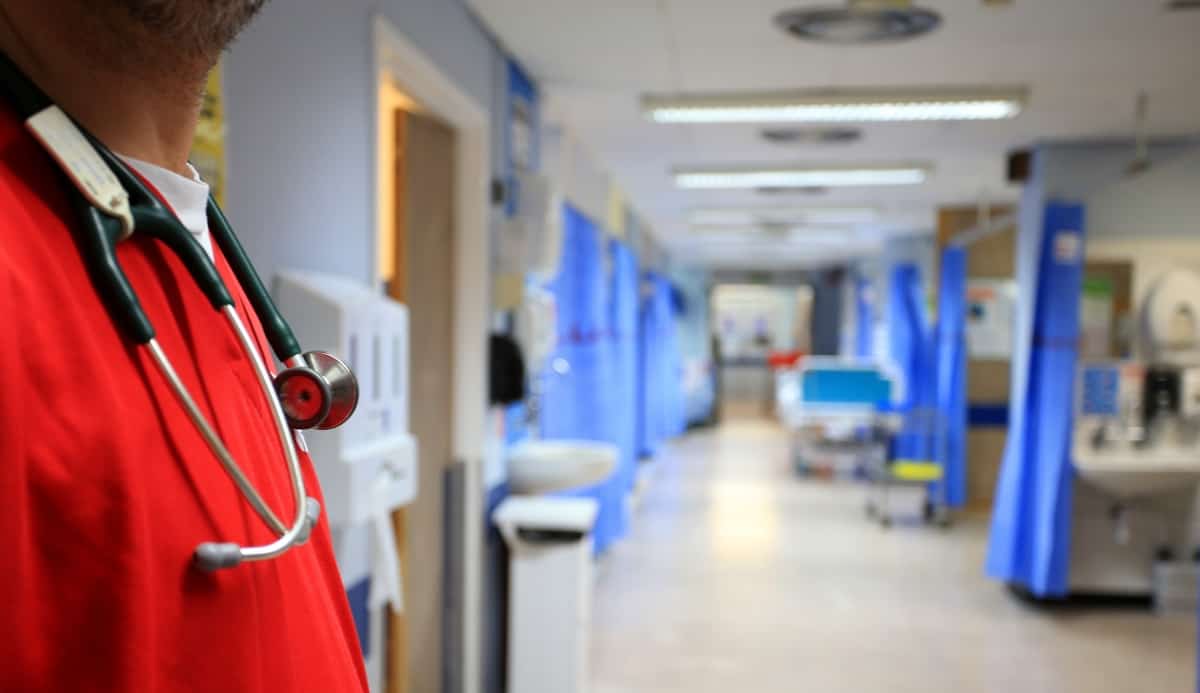 “Systematic failures” in public health led to the deaths of nearly 20 people including five linked to an outbreak of listeria, according to a former health chief.

The former north west regional director of public health from 1993 and 2006 said that since responsibility for public health moved to local government in 2013 public health establishments had been “whittled away” while budgets and salaries had been cut “dramatically”.

Writing in the Journal Of The Royal Society Of Medicine on Friday he warned that nearly a decade of austerity and “massive cuts” to local authority budgets had led to environmental health departments which were no longer able to “keep ahead of the threats to human health”.

He added: “It is now time to digest these latest failings of a public health system that was only put in place six years ago as part of (former health secretary) Andrew Lansley’s structural changes to the NHS and for public health.

“There is a schism in which the clinical perspective in local government has been disappearing and the links between local authorities and the NHS have become ever more dysfunctional.

“This has been reflected in the deterioration in performance in areas that include sexual health, immunisation and vaccination and screening programmes.

“To add to the agony, 10 years of austerity and massive cuts to local authority budgets have resulted in attrition of environmental health departments which no longer have the capacity to keep ahead of the threats to human health despite their best efforts.”

Between writing his report and its publication the number of deaths linked to the listeria outbreak has risen from five to six and those from streptococcus from 12 to 13.

He said these outbreaks had followed “radical changes” to local government which “unravelled” the existing public health system.

According to a 1988 inquiry a lack of effective local environmental and communicable disease control was deemed to be central to both events, he said.

Prof Ashton warned the lesson from history was not to embark on another re-organisational “folly”.

He added: “So in 2019, just six years after the pack of cards was thrown up in the air and public health rearranged in an NHS-style top-down reorganisation we have a systemic problem resulting in the deaths of 17 elderly citizens who deserved better.

“The lesson from history is that we should not embark on another re-organisational folly but rather find ways to strengthen what we now have and support its evolution into something fit for purpose.”

Public Health England (PHE) said earlier this month that a sixth person had died after eating pre-packaged sandwiches and salads linked to a listeria outbreak.

The latest death was one of the nine cases previously confirmed and PHE said there have been no new cases linked to the outbreak.

The patient, whose age and gender were not given, acquired listeriosis from Good Food Chain products while at Western Sussex Hospitals NHS Foundation Trust, PHE said.

The Food Standards Agency has previously confirmed that the Good Food Chain, which went into liquidation in June, was not the source of the outbreak.

Health bosses had previously reported 12 deaths due to the spread of the rare bacterial infection, but an additional case has been added to the total after PHE reviewed how cases are defined.

Great British Bake Off judge Prue Leith is to advise a Government review into hospital food following the deaths of six people due to a listeria outbreak.

Health Secretary Matt Hancock called for the comprehensive review in June after six people died after contracting listeria from pre-packaged sandwiches and salads either purchased on site or given out by hospital staff.

The review will also consider whether kitchen facilities can be changed to bring more chefs into hospitals as well as using less frozen food and sourcing local fresh produce where possible.

Celebrity cook Leith has previously criticised the current standard of hospital meals and called for NHS trusts to make appealing and nutritious food on-site for patients.

The review will examine the quality of the estimated 140 million meals provided to patients each year, as well as staff meals.

The review has been welcomed by Prime Minister Boris Johnson.

He said: “Since entering Downing Street, my focus has been clear – to make sure our world-class NHS has everything it needs to continue providing the very best frontline care.

“Guaranteeing hospitals serve nutritional, tasty and fresh meals will not only aid patient recovery, but also fuel staff and visitors as they care for loved ones and the vulnerable.

“Our NHS has led the way since the day it was formed. This review will ensure it remains the standard-bearer for healthy choices, as it works unstintingly to improve the nation’s well-being.”

Mr Hancock said:  “When people are in hospital, they should be given all the help they can to get better – and that includes food.

“So I’m determined patients enjoy the best, most delicious and nutritious food to help them recover and leave hospital as quickly as possible. I’m delighted we’ve assembled a first-rate group to drive this agenda.”

The review will be chaired by the former head of the Hospital Caterers Association and catering lead for Taunton and Somerset NHS Foundation Trust, Philip Shelley.

Hospital caterers, patient groups and kitchen staff will also be involved in the review.

Royal College of Nursing England director Patricia Marquis said: ” Ensuring patients and staff have access to healthy, nutritious food in hospital is essential but you don’t need a celebrity chef to tell you hospital food needs an overhaul.”

She added:  “Our expectations for this review go beyond half-baked schemes no matter how noble. This won’t make a lasting impact without a full-scale investment in the health and care system.

“If the Health Secretary’s prepared to review hospital food, when can nurses expect a full review of safe staffing including the need for legislation?”

Almost 25 years ago, top chef Albert Roux helped promote new guidelines on hospital food with the Nutrition Task Force, which was a panel of experts set up in 1992 as part of the government’s Health Of The Nation initiative to draw up an action plan to achieve dietary targets.

MasterChef presenter Loyd Grossman advised the Government on hospital food standards too and backed a campaign in 2013 which said that hospital meals should have compulsory nutritional standards.

He was recruited by the NHS in 2001 as part of the Better Hospital Food Initiative, aimed at improving menus for patients. The programme ran until 2006.

In 2011, celebrity chef James Martin said, after helping to reinvigorate the staff and menus at Scarborough General Hospital in North Yorkshire, that he was looking to work with six others in 2012.

He spent 12 weeks working with catering staff from Scarborough General and his efforts were featured in a BBC programme.

In 2010, Heston Blumenthal also hoped to revolutionise hospital meals when he collaborated with the University of Reading and the Royal Berkshire Hospital to increase the flavour of well-loved dishes such as shepherd’s pie and make them more attractive to older people, whose sense of taste often deteriorates.

As part of the project, researchers visited his restaurant in Bray, Berkshire, to watch Blumenthal at work and see how his ideas could be transferred to hospital kitchens.

A report by the Good Food For Our Money campaign in 2009 said £50 million had been spent on failed bids to improve hospital food.

Researchers said 17 separate government initiatives since 2000 had resulted in no discernible improvement in the quality of meals served to patients.