Pathological consumption has become so normalised that we scarcely notice it. 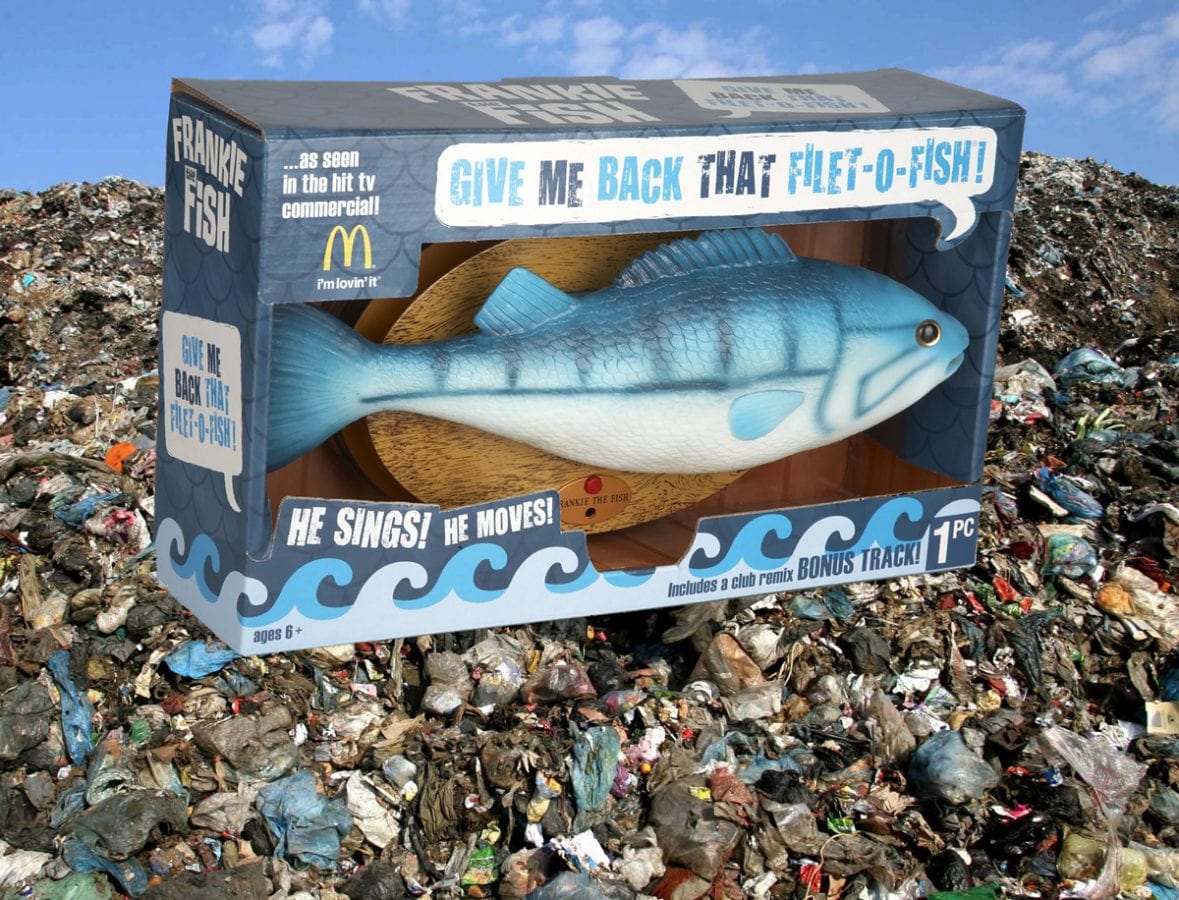 Yesterday we saw the shocking news that yet another whale was found with a gut full of plastic waste. Population growth and increasing consumption continues to ravage our ecosystems, polluting, our air, land and water. Forests, Earth’s natural defences, are being removed at an acre a second to make way for yet more consumption.

‘Black Friday’, the busiest shopping day of the year, is upon us. Whilst we’re all busy placing online orders for the millions of presents, ‘secret santa’ gifts, and general ‘stuff’ accountable for factories, freight and pollution from all over the world, we thought it would be worth reading this…

The gift of death

Pathological consumption has become so normalised that we scarcely notice it.

There’s nothing they need, nothing they don’t own already, nothing they even want. So you buy them a solar-powered waving queen; a belly button brush; a silver-plated ice cream tub holder; a “hilarious” inflatable zimmer frame; a confection of plastic and electronics called Terry the Swearing Turtle; or – and somehow I find this significant – a Scratch Off World wall map.

They seem amusing on the first day of Christmas, daft on the second, embarrassing on the third. By the twelfth they’re in landfill. For thirty seconds of dubious entertainment, or a hedonic stimulus that lasts no longer than a nicotine hit, we commission the use of materials whose impacts will ramify for generations.

Researching her film The Story of Stuff, Annie Leonard discovered that of the materials flowing through the consumer economy, only 1% remain in use six months after sale(1). Even the goods we might have expected to hold onto are soon condemned to destruction through either planned obsolescence (breaking quickly) or perceived obsolesence (becoming unfashionable).

But many of the products we buy, especially for Christmas, cannot become obsolescent. The term implies a loss of utility, but they had no utility in the first place. An electronic drum-machine t-shirt; a Darth Vader talking piggy bank; an ear-shaped i-phone case; an individual beer can chiller; an electronic wine breather; a sonic screwdriver remote control; bacon toothpaste; a dancing dog: no one is expected to use them, or even look at them, after Christmas Day. They are designed to elicit thanks, perhaps a snigger or two, and then be thrown away.

The fatuity of the products is matched by the profundity of the impacts. Rare materials, complex electronics, the energy needed for manufacture and transport are extracted and refined and combined into compounds of utter pointlessness. When you take account of the fossil fuels whose use we commission in other countries, manufacturing and consumption are responsible for more than half of our carbon dioxide production(2). We are screwing the planet to make solar-powered bath thermometers and desktop crazy golfers.

People in eastern Congo are massacred to facilitate smart phone upgrades of ever diminishing marginal utility(3). Forests are felled to make “personalised heart-shaped wooden cheese board sets”. Rivers are poisoned to manufacture talking fish. This is pathological consumption: a world-consuming epidemic of collective madness, rendered so normal by advertising and the media that we scarcely notice what has happened to us.

In 2007, the journalist Adam Welz records, 13 rhinos were killed by poachers in South Africa. This year, so far, 585 have been shot(4). No one is entirely sure why. But one answer is that very rich people in Vietnam are now sprinkling ground rhino horn on their food or snorting it like cocaine to display their wealth. It’s grotesque, but it scarcely differs from what almost everyone in industrialised nations is doing: trashing the living world through pointless consumption.

This boom has not happened by accident. Our lives have been corralled and shaped in order to encourage it. World trade rules force countries to participate in the festival of junk. Governments cut taxes, deregulate business, manipulate interest rates to stimulate spending. But seldom do the engineers of these policies stop and ask “spending on what?”. When every conceivable want and need has been met (among those who have disposable money), growth depends on selling the utterly useless. The solemnity of the state, its might and majesty, are harnessed to the task of delivering Terry the Swearing Turtle to our doors.

Grown men and women devote their lives to manufacturing and marketing this rubbish, and dissing the idea of living without it. “I always knit my gifts”, says a woman in a television ad for an electronics outlet. “Well you shouldn’t,” replies the narrator(5). An advertisement for Google’s latest tablet shows a father and son camping in the woods. Their enjoyment depends on the Nexus 7’s special features(6). The best things in life are free, but we’ve found a way of selling them to you.

The growth of inequality that has accompanied the consumer boom ensures that the rising economic tide no longer lifts all boats. In the US in 2010 a remarkable 93% of the growth in incomes accrued to the top 1% of the population(7). The old excuse, that we must trash the planet to help the poor, simply does not wash. For a few decades of extra enrichment for those who already possess more money than they know how to spend, the prospects of everyone else who will live on this earth are diminished.

So effectively have governments, the media and advertisers associated consumption with prosperity and happiness that to say these things is to expose yourself to opprobrium and ridicule. Witness last week’s Moral Maze programme, in which most of the panel lined up to decry the idea of consuming less, and to associate it, somehow, with authoritarianism(8). When the world goes mad, those who resist are denounced as lunatics.

Bake them a cake, write them a poem, give them a kiss, tell them a joke, but for god’s sake stop trashing the planet to tell someone you care. All it shows is that you don’t.

By George Monbiot, originally published in the Guardian 11th December 2012