At least ten animals are currently tangled up or caught in plastic paraphernalia at a time which is said to be 'worse than any other'. 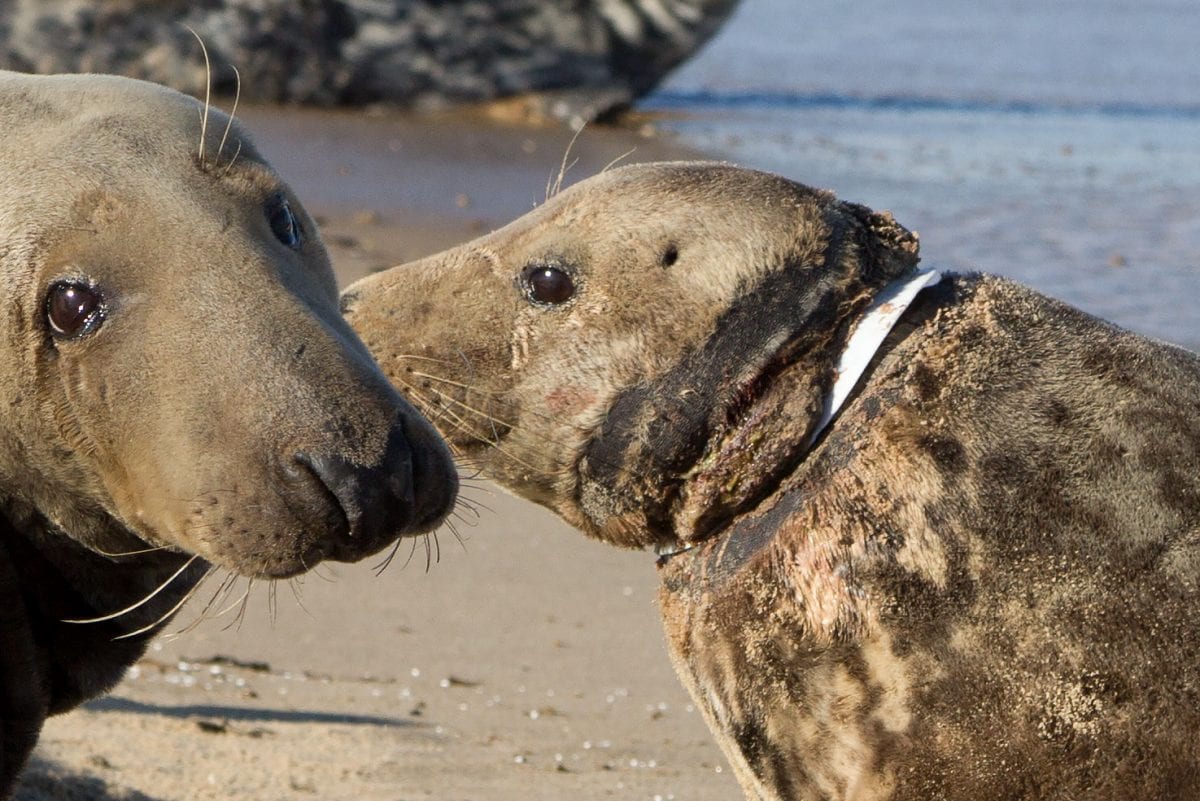 Seals are suffering more horrifying injuries from rubbish floating in the water off the coast of Britain than ever before, experts have warned.

At least ten British coastal seals are at any point tangled up or caught in plastic paraphernalia in a year which is said to be ‘worse than any other’.

Alison Charles, manager of the RSPCA’s East Winch Wildlife Centre, Norfolk: “There are seals dying every day from man made items that we as humans have left in the water or on beaches.

“It is never natural items, it is always plastic or metal or other things that should not be in the water.

“These poor animals are getting stuck and suffer horrendous and often terrible disgusting slow deaths.

“Seals are unable to help themselves and are forced to suffer for the rest of their lives if they cant be rescued and captured.

“Seals are inquisitive, so they get caught in nets from fishing trawlers and the single nylon lines used in mackerel fishing, and frisbees – just all the rubbish that’s out there.

“I’ve even seen a seal with a bikini around its neck. As they get larger and larger, it cuts through the skin and they get an infection.

“They cannot extend their neck, so they cannot fish. It is absolutely horrifying.”

Items causing horrific injuries – and even death – include fishing nets or items of plastic which are blighting areas such as the Norfolk coast.

In past years, the RSPCA has rescued and treated between two and four seals, and none at all before 2008.

But within the last year seals have been rescued with plastic and metal rings around their necks as well at rope and plastic nylon netting that they have become tangled in.

Earlier this year the RSPCA released a seal known as ‘Frisbee’ back into the sea after she successfully recovered from terrifying life threatening neck injuries that cut deep into her neck.

Frisbee had been stuck in a tight yellow plastic ring that sliced through several inches of blubber as she moved about.

The Friends of Horsey Seals charity monitors seals along the Norfolk coast and described the situation as “just horrendous”.

Alison added that neither the RSPCA or Friends of Horsey are sure of the scale of injured seals on the Norfolk coast but that the numbers are certainly growing yearly.

He added that at current it is extremely difficult to rescue any of the female seals that are being strangled by frisbees.

In order to capture any of the seals, they need to be isolated and weakened by infection before they can be caught.

At current this is difficult as many of the females are about to give birth.

David said: “The problem is that the females are about to give birth and any serious disturbance to the group could result in miscarriages.”

Once any of the seals are captured they are treated with antibiotics over several months, before being released.

However, the RSPCA this year had to put down a baby seal when its nose was severed by a nylon fishing line.

Alison added: “It had cut so deep, when I removed the ring I thought I had decapitated her.”

“I felt sick. It was brilliant when Blue Planet raised the issue of rubbish in our oceans – we had been saying it for years.”

More than 1,600 pups were born on the three-mile coastline at Horsey.

The Horsey Beach is known for its seal population and is often described as the best place to see seals in the country during winter.