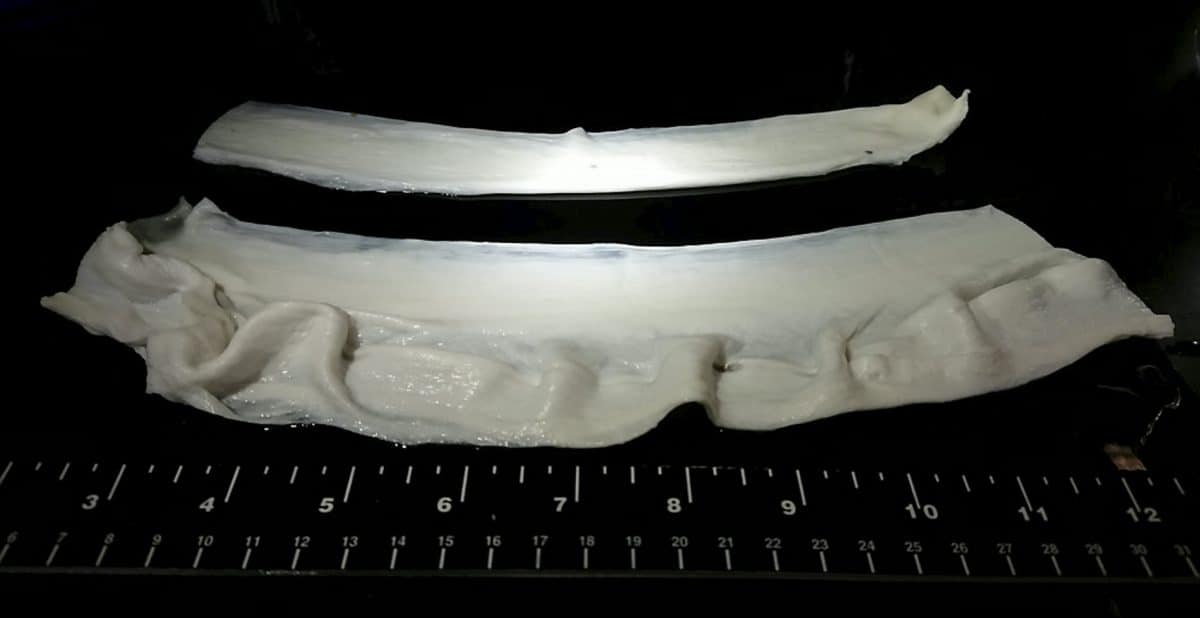 Man-made meat that tastes like the real deal could help save cows and the planet, according to a new study.

Scientists have used rabbit and cow cells to grow muscle tissue in a Petri dish, which looks and feels just like real meat.

The lab-grown meat could offer a greener and more ethical alternative to the UK’s large-scale meat industry, which slaughtered more than two million animals last month, seven per cent higher than September 2018.

Study senior author Professor Kit Parker, of Harvard University in the US, said: “Animal meat consists mostly of skeletal muscle – and fat tissue – which grow in long, thin fibres, as can be seen in the grain of a steak or when shredding pork or chicken.

“Reproducing these fibres is one of the biggest challenges in bioengineering meat.”

Until now getting lab-grown meat “from the Petri dish to the dinner plate” has proved tough because of how difficult it is to make it taste and feel like the real deal.

The fibres were then seeded with rabbit and cow muscle cells, growing in long, thin structures, similar to natural meat.

Research Associate Dr Luke Macqueen said: “To grow muscle tissues that resembled meat, we needed to find a ‘scaffold’ material that was edible and allowed muscle cells to attach and grow in 3D.

Dr Macqueen said: “When we analysed the microstructure and texture, we found that, although the cultured and natural products had comparable texture, natural meat contained more muscle fibers, meaning they were more mature.

“Our methods are always improving and we have clear objectives because our design rules are informed by natural meats.

“Still, this research shows that full lab-grown meat is possible.”

Prof Parker, who is also a Lieutenant Colonel in the US Army, came up with the idea after he appeared on The Food Network, Food Challenge, back in 2010.

Prof Parker said: “The materials science expertise of the chefs was impressive.”

“After discussions with them, I began to wonder if we could apply all that we knew about regenerative medicine to the design of synthetic foods.

“After all, everything we have learned about building organs and tissues for regenerative medicine applies to food: healthy cells and healthy scaffolds are the building substrates, the design rules are the same, and the goals are the same: human health.”

The team now aims to commercialise their product by making it both affordable and nutritious.

“The long-range goal is reducing the environmental footprint of food.”

Breeding livestock is one of the leading contributors to greenhouse gas emissions worldwide and covers over 70 per cent of all agricultural land.

New Harvest Research Director Kate Krueger added: “The development of cultured meat involves a number of technical challenges, including the formulation of a scaffold material that can successfully support cells and the development of cell lines that are amenable to cultivation for consumption at scale.

“The authors of this publication have developed scaffold materials that show great promise in these areas.”

The findings were published in the journal Nature Science of Food.