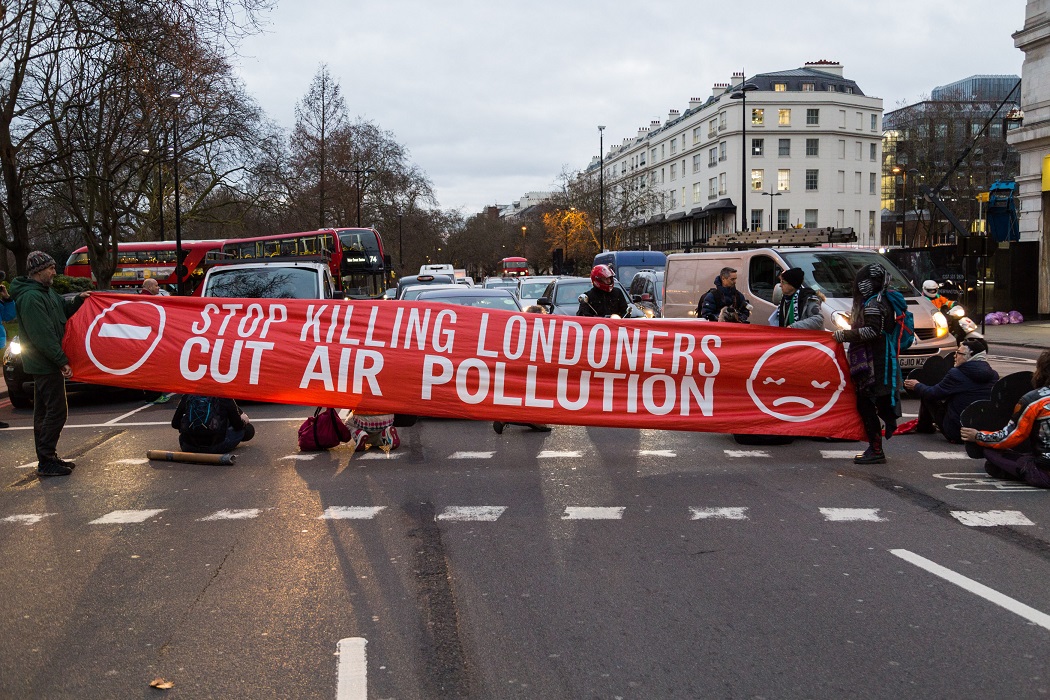 Londoners were told to avoid physical activity on Friday because of “very high” levels of pollution.

Government experts warned that high pressure in western Europe is causing poor air quality, meaning vehicle emissions and other pollutants do not dissipate as they normally should.

Predicitions from the government show pollution levels will reach the highest band: ten. The last time this mark was hit was in March 2018, according to The Guardian.

Older people and people who suffer from heart and lung problems should avoid strenuous physical activity and people with asthma may need to use inhalers more frequently.

Official government advice suggests that healthy people also should “reduce physical exertion, particularly outdoors, especially if you experience symptoms such as a cough or sore throat”.

London’s city centre is believed to be hit the most by pollution – especially in the area between Stratford to Hammersmith – but the entire capital is believed to suffer from very high levels of dirty air.

Sadiq Khan, the mayor of London, said earlier this week that car use had almost gone back to pre-pandemic levels, and warned the effect on people could be disastrous.

He said: “If we do not double down on our efforts to deliver a greener, more sustainable future, we will replace one public health crisis with another – caused by filthy air and gridlocked roads.”

London is not the only city struggling with air pollution. In November last year, Pakistan’s second-largest city closed private offices and schools on Mondays to tackle toxic levels of smog.

An air quality index had ranked Lahore at 348 for air pollution, much higher than the threshold at which pollution is considered hazardous – and it was eventually overtaken by Delhi, which scored 422.

Residents suffered from shortness of breath, stinging eyes and nausea from thick pollution.

Residents have been feeling that their city is harder and harder to live in, filing petitions against the government, according to The Guardian.

Last year, the UK was found guilty of “systematically and persistently” breaching air pollution limits by the European Court of Justice – which Britain’s ministers want to scrap after Brexit.

The damning judgement came just months after a coroner found that Britain’s illegal levels of air pollution contributed to the death of Ella Adoo-Kissi-Debrah in south east London in 2013.

EU judges later found that the UK failed to follow through on a legal obligation to put in place adequate plans to tackle the growing problem of nitrogen dioxide pollution.

Related: Going vegan could save the NHS at least £30 billion on ‘preventable illness’