The Met castigated a 28-year-old Hackney woman for holding the illegal event while "the country is in mourning". 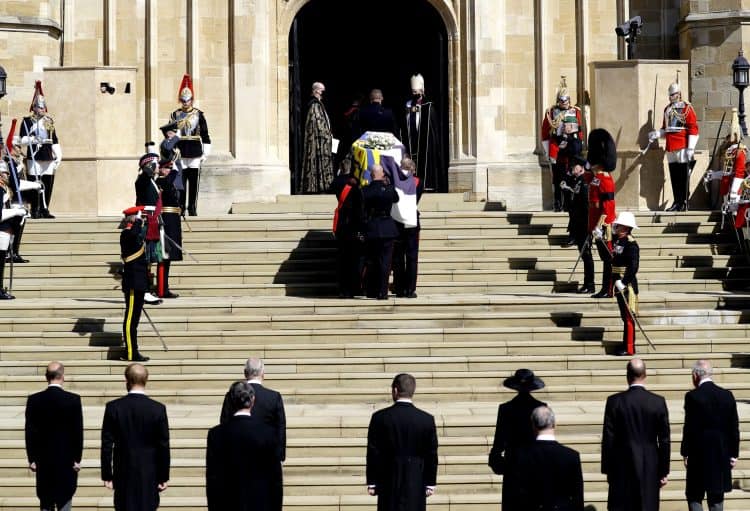 A woman was fined £12,000 for holding a birthday party on the day of Prince Philip’s funeral – within hours of two illicit parties taking place in Downing Street.

Vianna McKenzie-Bramble, 28, was punished for an outdoor celebration on 17 April last year, when 40 people enjoyed food, booze, music and a bouncy castle on her Hackney estate, the Evening Standard reported.

It took place the day of the Duke of Edinburgh’s funeral, when strict Covid rules forced the Queen to sit along during a church service to say goodbye to her husband of 74 years.

The Telegraph reported on Thursday that Downing Street advisers and civil servants gathered after work for two separate events on 16 April, as the country was in a period of mourning after the death of Prince Philip.

The events were to mark the departures of James Slack – Boris Johnson’s former director of communications – and one of the prime minister’s personal photographers, the newspaper said.

The two events are said to have started separately and later merged.

And the newspaper reported accounts from witnesses who said alcohol was drunk and guests danced to music, with a person sent to a local shop with a suitcase to buy wine.

According to the Standard, McKenzie-Bramble was castigated by a Met Police officer for holding the event on the day of the royal funeral.

“It was a clear and blatant disregard of the recent easing of lockdown measures”, PC Lindsey England said in a statement to support her prosecution.

“I explained to Vianna that there needed to be consequences for her actions, namely organising such a large gathering during a time where there is still such a significant risk to public health.

“On this day in particular it was the funeral of His Royal Highness, the Duke of Edinburgh Prince Philip.

“The country is in mourning and only limited members of his close family were able to attend the ceremony.

“Vianna being so blasé about organising such a large and illegal event for her 27th birthday party is totally unacceptable and disrespectful in light of everything that is going on in the world.”

A neighbour complained about the party after McKenzie-Bramble erected a marquee in the estate’s communal garden, hired a bouncy castle and bought booze and food.

Scotland Yard has stubbornly resisted calls to investigate Downing Street parties, insisting instead that it is waiting for the results of Sue Gray’s internal probe.

The Met has prosecuted more than 2,000 people for pandemic rule-breaking in the last two years, leading to fines totalling more than £1.2 million.