Labour has an 11 point lead in the first poll since Boris Johnson's apology to MPs. 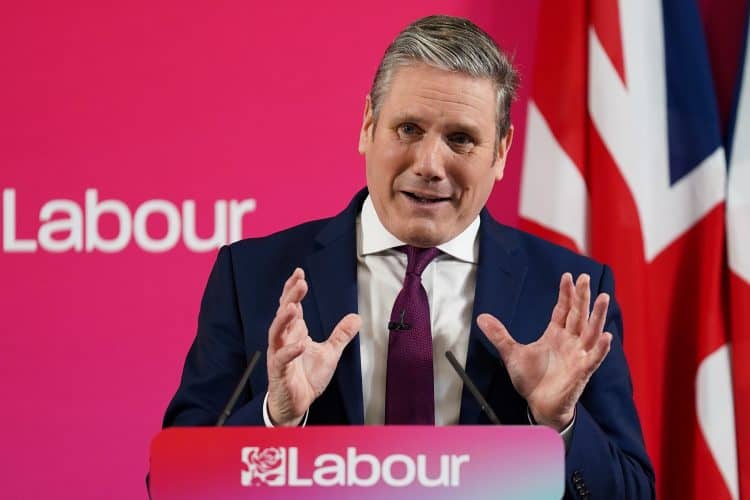 It’s bad to worse for Boris Johnson, with two consecutive polls handing Labour its biggest poll lead in a decade.

A new YouGov survey puts Sir Keir Starmer’s opposition 11 points ahead – up from 10 on Thursday.

Labour is now on 40 per cent, up two points from yesterday, while the Tories are on 29 per cent.

The Liberal Democrats sit on 11 per cent – while Reform UK and the Greens are tied at six per cent.

Significantly, the poll was conducted after Boris Johnson’s grovelling apology to MPs in the House of Commons on Wednesday.

According to the poll, carried out for The Times, four-in-ten voters who backed the Tories in 2019 are now either backing Labour, do not know who they will vote for or will not vote at all.

It comes as an apology from the prime minister’s former director of communications over a No 10 party the night before the Duke of Edinburgh’s funeral has heaped further pressure on Johnson.

James Slack, who until last year was Johnson’s director of communications, apologised on Friday morning for the “anger and hurt” his leaving party in April 2021 had caused.

Slack, who is now deputy editor-in-chief of The Sun newspaper, said he took “full responsibility” and was “deeply sorry”.

And in an emailed statement issued by The Sun’s publisher, News UK, he added: “This event should not have happened at the time that it did.”

It comes after The Telegraph reported that advisers and civil servants gathered after work for two separate events on April 16 2021, as the country was in a period of mourning after the death of Prince Philip.

The events were to mark the departures of Slack and one of the prime minister’s personal photographers, the newspaper said.

The two events are said to have started separately and later merged.

And the newspaper reported accounts from witnesses who said alcohol was drunk and guests danced to music, with a person sent to a local shop with a suitcase to buy wine.

The next day, the Queen attended her husband Philip’s funeral wearing a face mask and socially distanced from her family at Windsor Castle, in line with Covid restrictions.

Conservative MP Sir Roger Gale said the gatherings were “wholly unacceptable”, and confirmed he had submitted a letter of no confidence in Johnson to the 1922 Committee of backbench MPs.

On Thursday evening his Tory colleague Andrew Bridgen became the fifth MP to have publicly said they had written to committee chairman Sir Graham Brady.

But The Telegraph reported that as many as 30 letters have been submitted so far, with a total of 54 needed to trigger a vote.

Sir Roger told Sky News: “I have been described as a serial critic of the prime minister and, in a sense, that is true.

“My letter calling for a leadership election goes back to the Barnard Castle event when the prime minister failed to take what I regarded as appropriate decisions and actions to remove (former top adviser Dominic) Cummings from office, because what happened then was quite wrong.

“I decided then that if the prime minister was not capable of exercising the right kind of judgment, then we had to have another prime minister.”