Woodland Trust estimates close to a million trees will be going into the ground as a result of its Big Climate Fightback campaign. 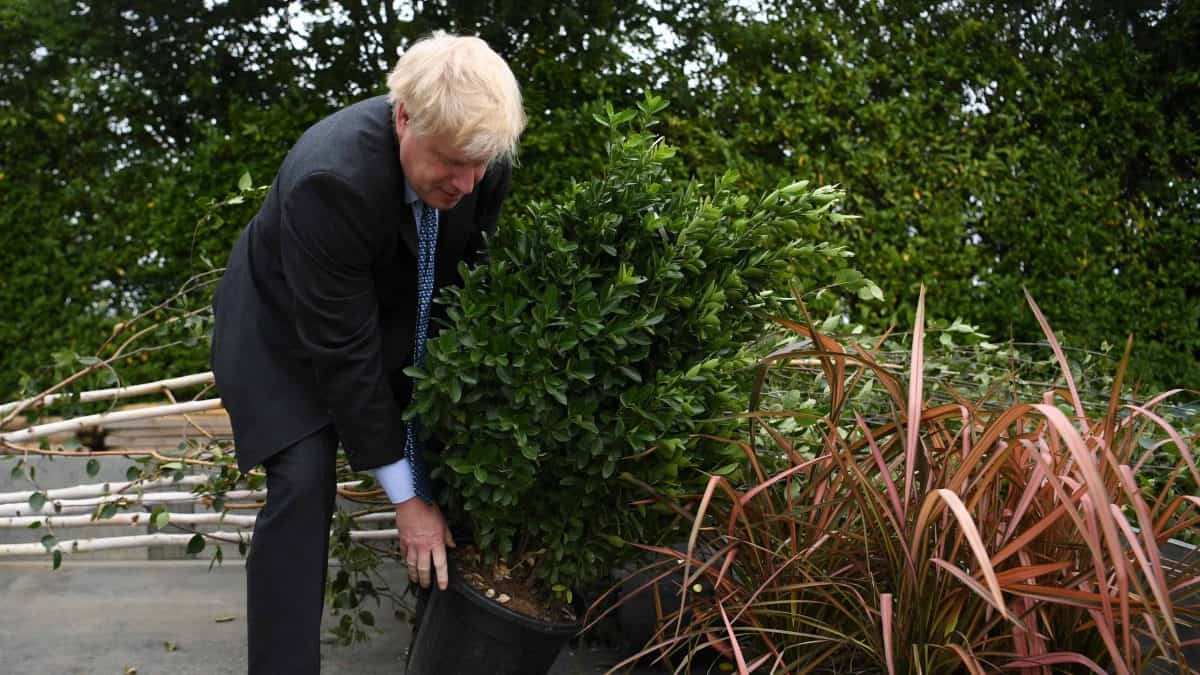 Hundreds of thousands of people have signed up to a mass tree-planting campaign to tackle climate change, the Woodland Trust said.

The Trust launched its “Big Climate Fightback” campaign in September after what it said was repeated failures by the Government to reach its tree planting targets.

Boris Johnson’s Conservative leadership has also failed to bring urgent plans to tackle the climate and environment emergency in time to meet the six month deadline set by parliament.

Since the launch of the Woodland Trust’s “Big Climate Fightback”, hundreds of thousands of people have signed up to plant trees on or around November 30, the conservation charity said.

Hundreds of community groups, businesses and schools have set up planting events, individuals have signed up to plant saplings in their garden and the Woodland Trust is also hosting events around the country.

In total, close to a million trees will go into the ground during the campaign, the Trust said.

The Conservative Party who were forced to roll back from plans to sell off 258,000 hectares of state-owned woodland in England, now insist they will triple tree-planting rates if they win the General Election, while the Liberal Democrats promise they will plant twice as many trees as the Tories.

Johnson announced a £640 million Nature for Climate fund which would increase tree planting in England, with the Government aiming to work with the devolved administrations to boost tree-planting rates to 30,000 hectares every year, which the party said could mean 30 million more trees.

But the Lib Dems said they will plant 60 million trees every year, describing it as “the largest tree-planting programme in UK history”, while pointing out that the Tories have “woefully failed to meet their own targets for planting trees in the past year”.

Labour also said the Conservatives failed to meet previous tree-planting targets and said this vow is an attempt by Mr Johnson to “greenwash his atrocious environmental record”.

Darren Moorcroft, the Woodland Trust’s chief executive said: “Since we launched the Big Climate Fightback the response has been remarkable. ”

He said the Big Climate Fightback aimed to give people of all ages, wherever they lived, a simple way to make a difference on climate change by planting a tree.

“Trees are the natural solution – they soak up carbon dioxide and deliver oxygen. They are of course not the only solution though, every one of us could also do our bit by recycling more and reducing our carbon footprint.”

He added: “When we see so many people coming together on November 30 to plant trees it will be a proud moment.

“Each one of the trees planted will contribute to make our country that bit greener and healthier.”

The campaign aims to reverse the low planting rates of new trees, with England seeing just 1,420 hectares (3,500 acres) of woodland created in the past year, against a Government ambition of 5,000 a year (12,000 acres).

MPs’ advisory Committee on Climate Change has warned there must be dramatic increases in planting rates to help meet legal targets to end the UK’s contribution to climate change by 2050.

The Trust’s flagship planting event is at Mead, the site of the new Young People’s Forest, with around 15,000 trees planted on November 30 and more than 1,000 people taking part.

Former JLS popstar turned presenter JB Gill, who has been to the site and is backing the campaign, said: “I hope this campaign inspires people of all ages and backgrounds to take direct action and plant trees. Every tree counts.”

To find out more: woodlandtrust.org.uk/protecting-trees-and-woods/campaign-with-us/big-climate-fightback/