A landmark report by the United Nations’ scientific panel on biodiversity warns humanity is at dire peril unless urgent action is taken to restore the plants, animals and other natural resources we depend upon to survive. Nature is declining globally at rates unprecedented in human history, warns the grim report by UN scientists. The rate […] 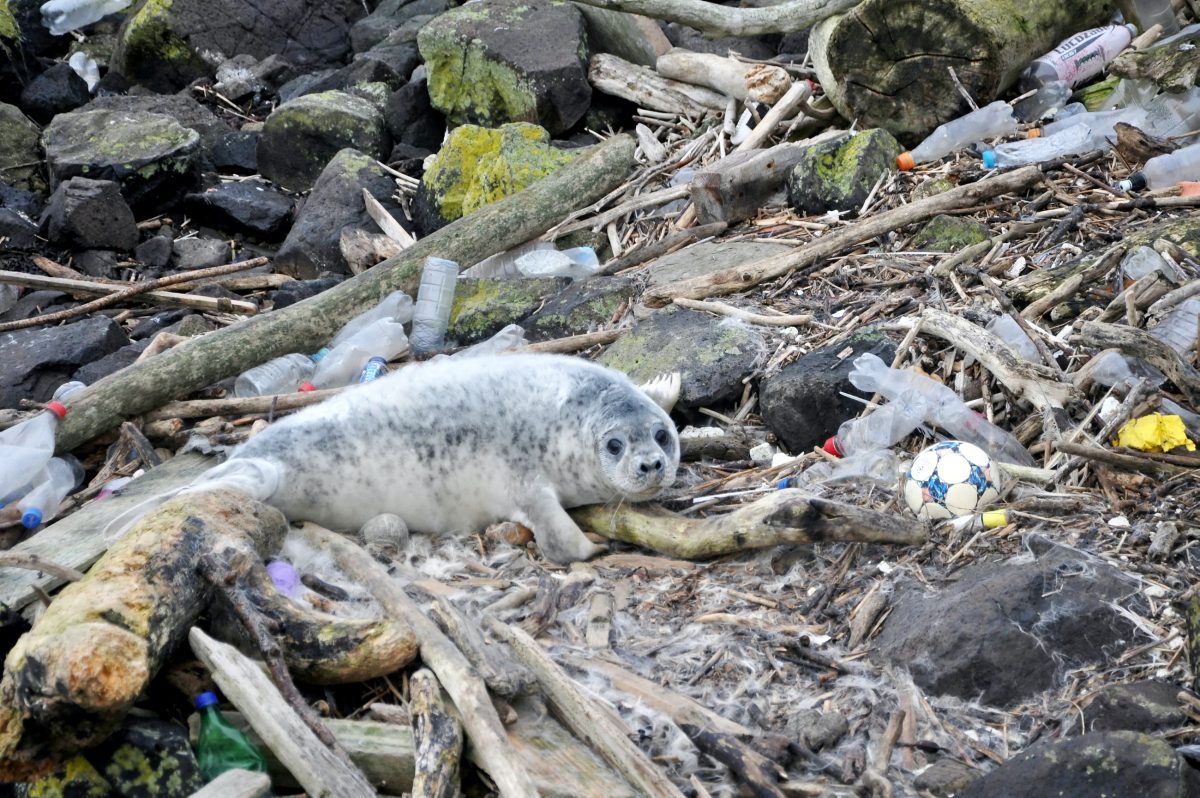 A landmark report by the United Nations’ scientific panel on biodiversity warns humanity is at dire peril unless urgent action is taken to restore the plants, animals and other natural resources we depend upon to survive.

The rate of species extinctions is accelerating, It is is worse than at any other time in human history.

From coral reefs and the life they support becoming extinct beneath the oceans to rainforests disappearing, nature is being destroyed at a rate tens to hundreds of times higher than before.

Natural ecosystems have lost around half their area, the biomass of wild mammals has fallen by 82%, and a million species are at risk of extinction. – All mainly down to human activities.

And scientists warn there will be grave impacts on people around the world from a catastrophic loss in biodiversity and the species that we rely on for food and regulating the Earth’s biosphere.

The report released today is by the Intergovernmental Science-Policy Platform on Biodiversity and Ecosystem Services (IPBES).

“The health of ecosystems on which we and all other species depend is deteriorating more rapidly than ever. We are eroding the very foundations of our economies, livelihoods, food security, health and quality of life worldwide.”

But in a positive note, to be found throughout the report, he stressed it is not too late to make a difference.

“The Report also tells us that it is not too late to make a difference, but only if we start now at every level from local to global,” he added.

“Through ‘transformative change’, nature can still be conserved, restored and used sustainably – this is also key to meeting most other global goals. By transformative change, we mean a fundamental, system-wide reorganization across technological, economic and social factors, including paradigms, goals and values.”

Sir Robert Watson warned of the lobbies and powerful interests that the future security of humanity is up against, saying the report found that “transformative change can expect opposition from those with interests vested in the status quo, but also that such opposition can be overcome for the broader public good.”

The report has key recommendations including governments stopping tax payer subsidies to industries that damage the ecosphere such as fossil fuels and intensive farming.

The IPBES Global Assessment Report on Biodiversity and Ecosystem Services is the most comprehensive ever completed.

Compiled by 145 expert authors from 50 countries over the past three years, with inputs from another 310 contributing authors, the report assesses changes over the past five decades, and offers a range of possible scenarios for the coming decades.

While positive steps to reduce the impacts of rampant consumerism and government subsidised polluting practices will make a massive difference, doing nothing – or accelerating humanity’s devastation of the planet will result in catastrophic loss of species, habitats and dire consequences to the habitability of much of the planet for humans within decades.

“This essential report reminds each of us of the obvious truth: the present generations have the responsibility to bequeath to future generations a planet that is not irreversibly damaged by human activity.

“Our local, indigenous and scientific knowledge are proving that we have solutions and so no more excuses: we must live on earth differently,” said Audrey Azoulay, Director-General, of UNESCO.

George Mason University biologist Thomas Lovejoy, who has been hailed the “godfather” of biodiversity for his research, but was not part of the study, warned: “Humanity unwittingly is attempting to throttle the living planet and humanity’s own future.

“The biological diversity of this planet has been really hammered, and this is really our last chance to address all of that.”

Sir Robert Watson, a former top NASA and British scientist who headed the report, added: “Business as usual is a disaster.”

The Report finds that around 1 million animal and plant species are now threatened with extinction, many within decades, more than ever before in human history.

The average abundance of native species in most major land-based habitats has fallen by at least 20%, mostly since 1900. More than 40% of amphibian species, almost 33% of reef-forming corals and more than a third of all marine mammals are threatened.

An estimated 10% of insect species are threatened. At least 680 vertebrate species had been driven to extinction since the 16th century and more than 9% of all domesticated breeds of mammals used for food and agriculture had become extinct by 2016, with at least 1,000 more breeds still threatened.

“Ecosystems, species, wild populations, local varieties and breeds of domesticated plants and animals are shrinking, deteriorating or vanishing. The essential, interconnected web of life on Earth is getting smaller and increasingly frayed,” said a lead author, Professor Settele, of the Helmholtz-Centre for Environmental Research in Leipzig.

“This loss is a direct result of human activity and constitutes a direct threat to human wellbeing in all regions of the world.”

The five biggest culprits in species extinctions which has accelerated faster than ever are in order of importance: (1) changes in land and sea use; (2) direct exploitation of organisms; (3) climate change; (4) pollution and (5) invasive alien species.

As global warming rises, it is set to become more of a threat too. Since 1980, greenhouse gas emissions have doubled, raising average global temperatures by at least 0.7 degrees Celsius – with climate change already impacting nature from the level of ecosystems to that of genetics – impacts expected to increase over the coming decades, in some cases surpassing the impact of land and sea use change and other drivers.

Troubling findings of the Report include:

•           Three-quarters of the land-based environment and about 66% of the marine environment have been significantly altered by human actions. On average these trends have been less severe or avoided in areas held or managed by Indigenous Peoples and Local Communities.

•           More than a third of the world’s land surface and nearly 75% of freshwater resources are now devoted to crop or livestock production.

•           The value of agricultural crop production has increased by about 300% since 1970, raw timber harvest has risen by 45% and approximately 60 billion tons of renewable and nonrenewable resources are now extracted globally every year – having nearly doubled since 1980.

•           Land degradation has reduced the productivity of 23% of the global land surface, up to US$577 billion in annual global crops are at risk from pollinator loss and 100-300 million people are at increased risk of floods and hurricanes because of loss of coastal habitats and protection.

•           Plastic pollution has increased tenfold since 1980, 300-400 million tons of heavy metals, solvents, toxic sludge and other wastes from industrial facilities are dumped annually into the world’s waters, and fertilizers entering coastal ecosystems have produced more than 400 ocean ‘dead zones’, totalling more than 245,000 km2 (591-595) – a combined area greater than that of the United Kingdom.

•           Negative trends in nature will continue to 2050 and beyond in all of the policy scenarios explored in the Report, except those that include transformative change – due to the projected impacts of increasing land-use change, exploitation of organisms and climate change, although with significant differences between regions.

The Report also presents a wide range of illustrative actions for sustainability and pathways for achieving them across and between sectors such as agriculture, forestry, marine systems, freshwater systems, urban areas, energy, finance and many others.

Also identified as a key element of more sustainable future policies is the evolution of global financial and economic systems to build a global sustainable economy, steering away from the current limited paradigm of economic growth.

For example, 100 million hectares of tropical forest were lost from 1980 to 2000, resulting mainly from cattle ranching in Latin America (about 42 million hectares) and plantations in South-East Asia (about 7.5 million hectares, of which 80% is for palm oil, used mostly in food, cosmetics, cleaning products and fuel) among others.

Since 1970 the global human population has more than doubled (from 3.7 to 7.6 billion), rising unevenly across countries and regions; and per capita gross domestic product is four times higher – with ever-more distant consumers shifting the environmental burden of consumption and production across regions.

The average abundance of native species in most major land-based habitats has fallen by at least 20%, mostly since 1900.