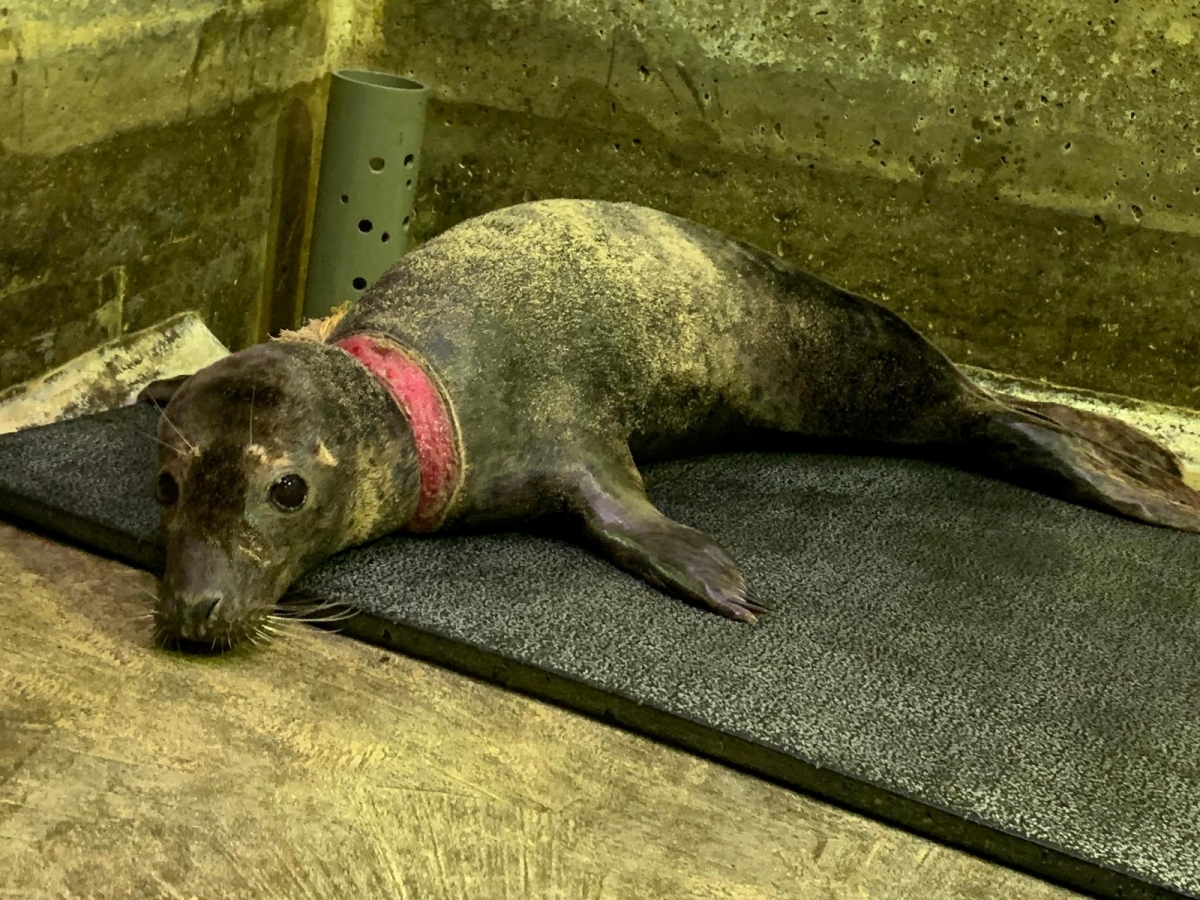 This is the horrific injury suffered by a grey seal pup who was found with a nylon net embedded an inch into her neck.

The seal, named Gypsy, was in agony from the huge open wound when she was rescued in Somerton, Norfolk, last weekend.

The youngster is believed to be less than a year old and may have had the ‘sea litter’ wrapped around her for up to six months.

She is now being treated by RSPCA vets who have removed the netting and given her antibiotics to treat the wound.

She is also having daily salt baths and showing signs of improvement.

It comes however just weeks after another seal, named Sir David was released back into the wild after he was caught in a plastic frisbee.

Sue Levings from the RSPCA East Winch Wildlife Centre, said: “It’s really disheartening that only a couple of weeks since we released Sir David, a seal with a similar injury caused by a frisbee, we now have another injured seal.

“We are so grateful to the rescuers who managed to catch her and bring her to the centre, she’s receiving treatment and regular salt baths, and the fact she is eating on her own is a very good sign.

“But like the other seals with these types of injuries, this will be a long road to recovery for her.”

Gypsy was rescued by community group, the Friends of Horsey Seals, and weighed just 40kgs.

A spokesman for Friends of Horsey Seals said: “The wound was horrific with a deep cut round her entire neck and the nylon strands of rope were still embedded.

“Attached to this was what appeared to be the remains of some kind of netting.”

In Norfolk, the figure had risen from 11 cases to a staggering 34 last year, accounting for more than half of all litter incidents where animals were harmed.

Dan Goldsmith, chairman of the Marine and Wildlife Rescue, said he has seen an “increase” of seals rescued from entanglement.

He says his teams are having to rescue seals at least “once a month”.

Dan added: “It is so sad – although I suspect there are more seals out there, and there has always been an issue with rubbish.”