Professional photographer Zohaib Anjum, 30, managed to capture this "rare" moment as he sat on top of the tallest mountain in Al Ain, the Jabal Hafeet 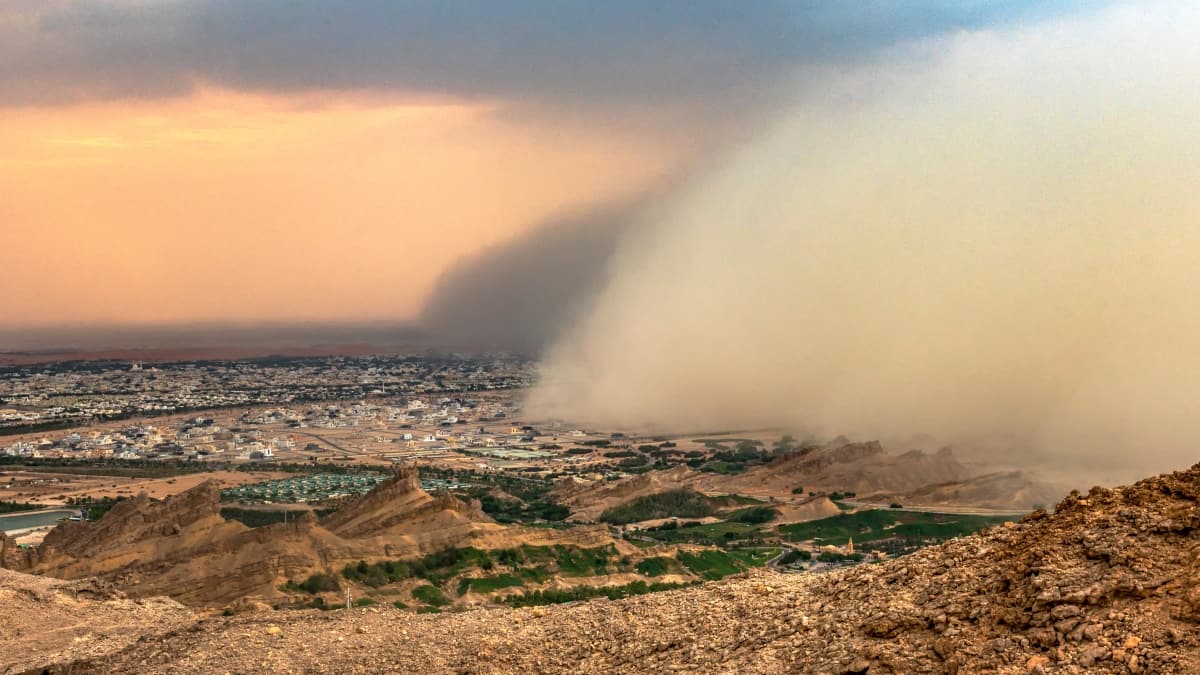 This is the extraordinary moment a huge dust storm engulfs an entire city within a few minutes in the United Arab Emirates.

Professional photographer Zohaib Anjum, 30, managed to capture this “rare” moment in Al Ain as he sat on top of the Jabal Hafeet, the tallest mountain in the city.

He said he was “memorised” after watching the sandstorm completely cover the entire city in four minutes.

Zohaib, from Dubai, UAE said: “It is like a scene from mission impossible.

“I chase sandstorms, it is really rare to get this near Dubai.

“So I since I was alerted that there was a storm coming, I went to the top of the mountain and I waited there.

“Because if you are at the ground level, you won’t be able to see properly so I went to the top.”

Zohaib said he captured only a few pictures within the time frame he had before sitting in his car for an hour waiting for it to pass.

He wore a headscarf and glasses to protect his face while he was taking pictures of the sandstorm.

Zohaib said: “I only had four minutes to shoot the storm because it was coming so fast.

“Within five minutes, I had taken a few shots and then it was gone.

“I was there in the storm for one hour after that, waiting for to clear. You can’t see anything.

“I was standing outside wearing a scarf to cover my nose, and then I got into my car.

“You have to cover yourself, because you can’t breath and it is very dangerous.

“It was coming towards me. With taking these types of images you have to face the storm.”