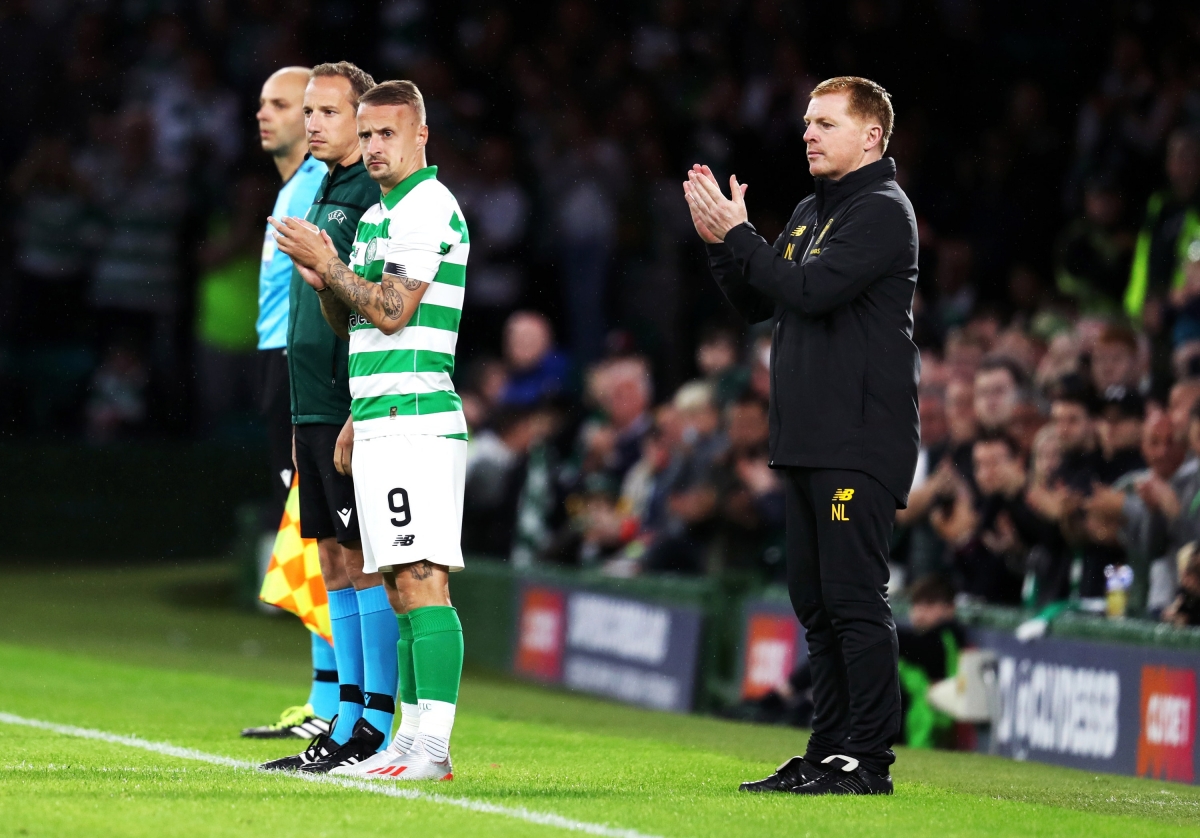 Celtic striker Leigh Griffiths discovered that opening up and talking can save lives amid his long battle with depression.

Griffiths returned to competitive action last week following eight months on the sidelines after taking time out of football to deal with personal issues.

The 28-year-old knows he needs to continue talking about those issues with people rather than bottling them up in order to look after his mental health.

And he encouraged anyone else experiencing the illness to do the same.

“It was a slow drip that was building up and building up, and (former manager) Brendan Rodgers saw that and stepped in,” Griffiths said. “I owe a thank you to him because if he never stepped in who knows where I’d be.

“I’m just trying to be a bit more open, not keep stuff in, and just speak to people. Regardless of who it is – team-mates, coaches, PR people at the club, whoever it is.

“Just try and open up and if you’ve got something on your mind just say it, because ultimately you could be back in the same place and I don’t want to be there.

“What is happening in society nowadays, a lot of people are taking their own lives, and maybe if they open up and speak a little bit, it can save lives.

“Anybody who is suffering, open up and speak to someone. There is a lot of people out there that will help.”

Griffiths received a huge ovation when he came off the bench during Celtic’s Champions League qualifying win over Sarajevo at Parkhead last Wednesday.

“It was incredible,” the former Hibernian player said. “I spoke to one of the kit men and he said it was one of the best receptions he has ever heard.

“It made the hairs on the back of my neck stand up. It was a moment I had been waiting for for a long, long time – back at Celtic Park making my return.

“It drove me on just to get back on a pitch kicking a ball around again, it will be even better when I start scoring goals in competitive matches.”

The Scotland international added: “It’s been very hard, very lonely at times. Without the help of the club, friends, family and support that I had, I wouldn’t be sitting here now.

“So it’s a massive thank you to them. It’s been a long, difficult road but thankfully there is light at the end of the tunnel.”

Griffiths knows he will receive an empathetic hearing from Rodgers’ successor, Neil Lennon, whenever he needs it. The former Celtic captain has spoken about his own mental health challenges in the past.

“When he got the job it was a big relief for me because he went through it himself,” he said.

“If I have to turn to someone for advice or ask questions or just to speak to someone then he’d be the man.

“He gave me a clean slate and said this is a new season, go and do what you can do, show everyone you can still be a top player and that’s what I aim to do.”

How To Make The Perfect… Matcha Crème Brûlée