Yorkshire and the East Midlands were worst affected after heavy rain hit parts of the country. 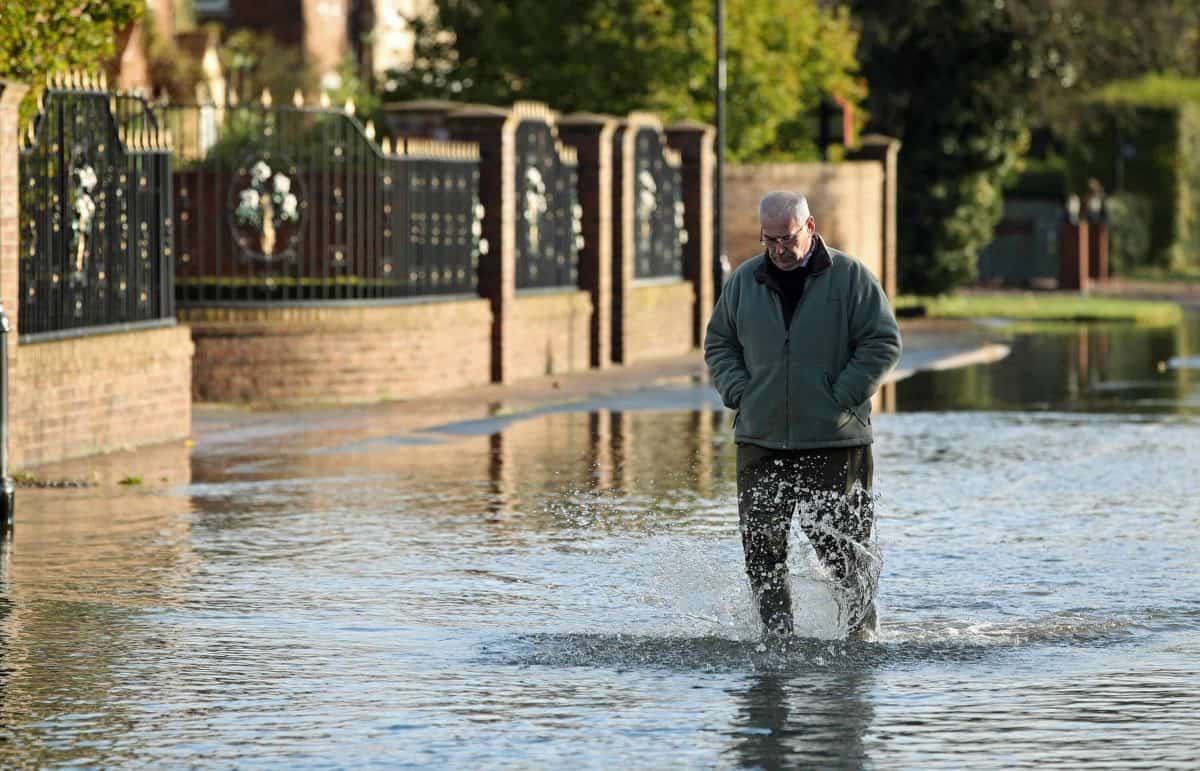 Mr Corbyn said if the flooding had happened in Surrey in the South East, it “would have been a very different story”.

He said Mr Johnson had only called a Cobra meeting on Tuesday after he had written to the Prime Minister demanding one.

Speaking at a rally in Blackpool, Mr Corbyn added: “More than a thousand homes have been evacuated and one woman, Annie Hall, has lost her life. Our hearts go out to her family and friends.

The government’s emergency Bellwin scheme reimburses councils for costs they incur during a response to flooding, for items such as rest centres, temporary accommodation and staff overtime.

Annie Hall, the former high sheriff of Derbyshire, died after she was swept away by water on Friday in Darley Dale, near Matlock.

Mr Corbyn will return to south Yorkshire to meet families and volunteers on Tuesday afternoon.

Downpours last week meant several areas in Yorkshire and the East Midlands were struck by a month’s worth of rain in a single day.

Around half the 700 residents of Fishlake, near Doncaster, left the village and those who stayed behind have faced waist-high floods.

Visiting Fishlake on Tuesday, Lib Dem leader Jo Swinson accused the Government of not taking it as seriously as it should.

She added: “It should be declaring a national emergency so they can open up the ability to apply to the EU for the emergency funds that are available at times of extreme floods.

“They are not yet doing that and they should be doing that.”

She said the party’s policy of spending £5 billion on flood defences was necessary, particularly as the climate emergency would make such events more common.