The Ig Nobel awards, which celebrate weird, odd and head-scratching scientific discoveries, were handed out at an annual ceremony this week. 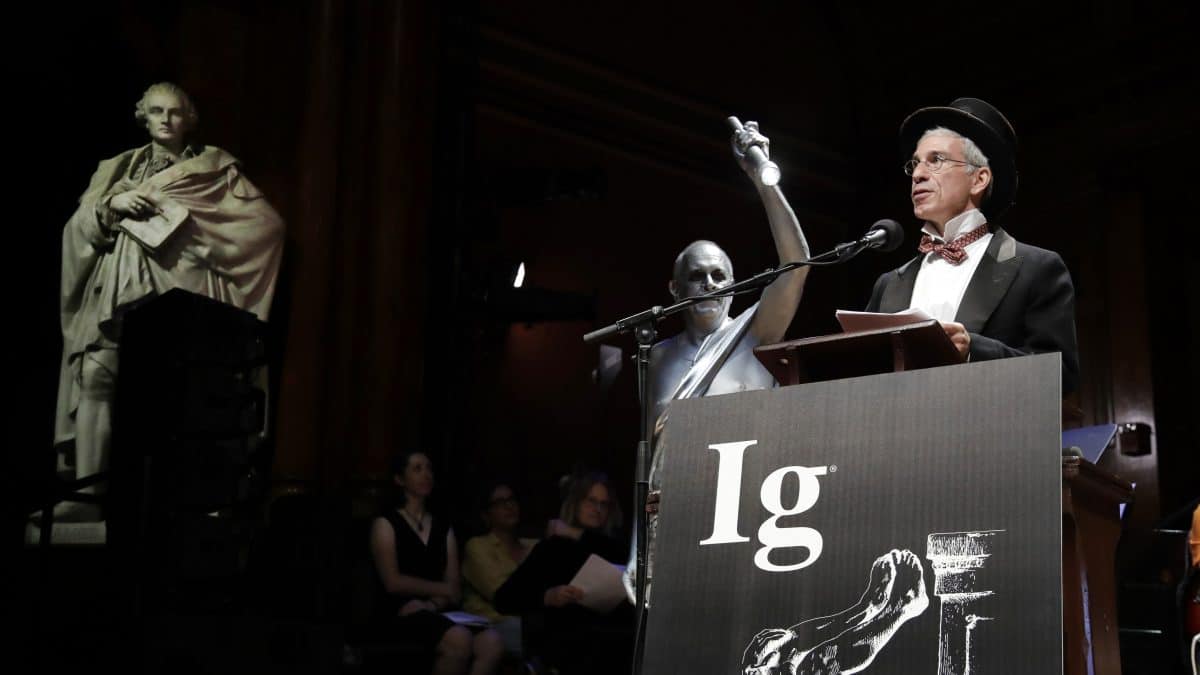 The study of French postmen’s testicles has won a scientist the top Ig Nobel prize.

The Ig Nobel awards, which celebrate weird, odd and head-scratching scientific discoveries, were handed out at an annual ceremony this week.

Winners included Dutch and Turkish researchers who figured out which nation has the dirtiest money, and an Italian scientist Silvano Gallus who won the medicine prize for discovering that pizza may protect against illness and death, but only if it is made and consumed in Italy.

Two researchers from the University of Toulouse won the anatomy prize after they recruited French postmen to see whether a man’s testicles are both the same temperature.

Their research “Thermal Asymmetry of the Human Scrotum” published in the journal Human Reproduction involved measuring testicle temperature every two minutes with a probe.

Professors Bengoudifa and Mieusset found the left one was warmer, but only when a man has his clothes on.

Each Ig Nobel winner was awarded a cash prize of a (now-obsolete) 10 trillion dollar bill from Zimbabwe.

As part of an international team, Professor McGlone helped map out which parts of the body are most pleasurable to scratch and found it was the ankle, followed by the back and forearm.

He accepted the award via video link, after he was unable to attend the ceremony at Harvard University.

He told attendees: “Thank you very much for this honour. On behalf of all my co-authors, thank you.”

The awards were presented by actual Nobel prize winners.

The intrepid French team of Roger Mieusset and Bourras Bengoudifa won this and the top prize “for measuring scrotal temperature asymmetry in naked and clothed postmen in France.” Their groundbreaking discovery that the left ball is warmer than the right may finally explain the mystery of why the left bollock occasionally dangles lower.

Wombats don’t curl a poo out – they literally drop a brick of cube-shaped turd.

Georgia Tech researchers uncovered the physics behind the peculiar poos is due to the shape and flexibility of wombat intestines in case you ever wondered.

Strack had been unable to replicate the findings of his 1988 study that a pen in your gob makes you smile and therefor happy. So sadly overturned his facial findings.

Silvano Gallus, and his Italian researchers won this “for collecting evidence that pizza might protect against illness and death, if the pizza is made and eaten in Italy.”  Over the years, their studies investigated cancer-busting properties of pizzas, but conceded that eating slices as part of a Mediterranean diet can’t hurt.

Any parents not relishing the chore of changing nappies will be comforted to discover that “once the infant is placed inside the apparatus, various steps may in some cases be carried out automatically without needing the operator to touch the infant or interact manually with the diaper or infant during the changing process.”

The Romanian Leu was the only one to transfer two of the bacterial strains searched for, perhaps because the notes are polymer-based.

Ghada A. bin Saif and his colleagues have brought the world a bit closer with an award “for trying to measure the pleasurability of scratching an itch.”

The results were that yes you can scratch an itch and reduce it. At least temporarily.