She and a sailing crew encountered rough seas on the way to New York. 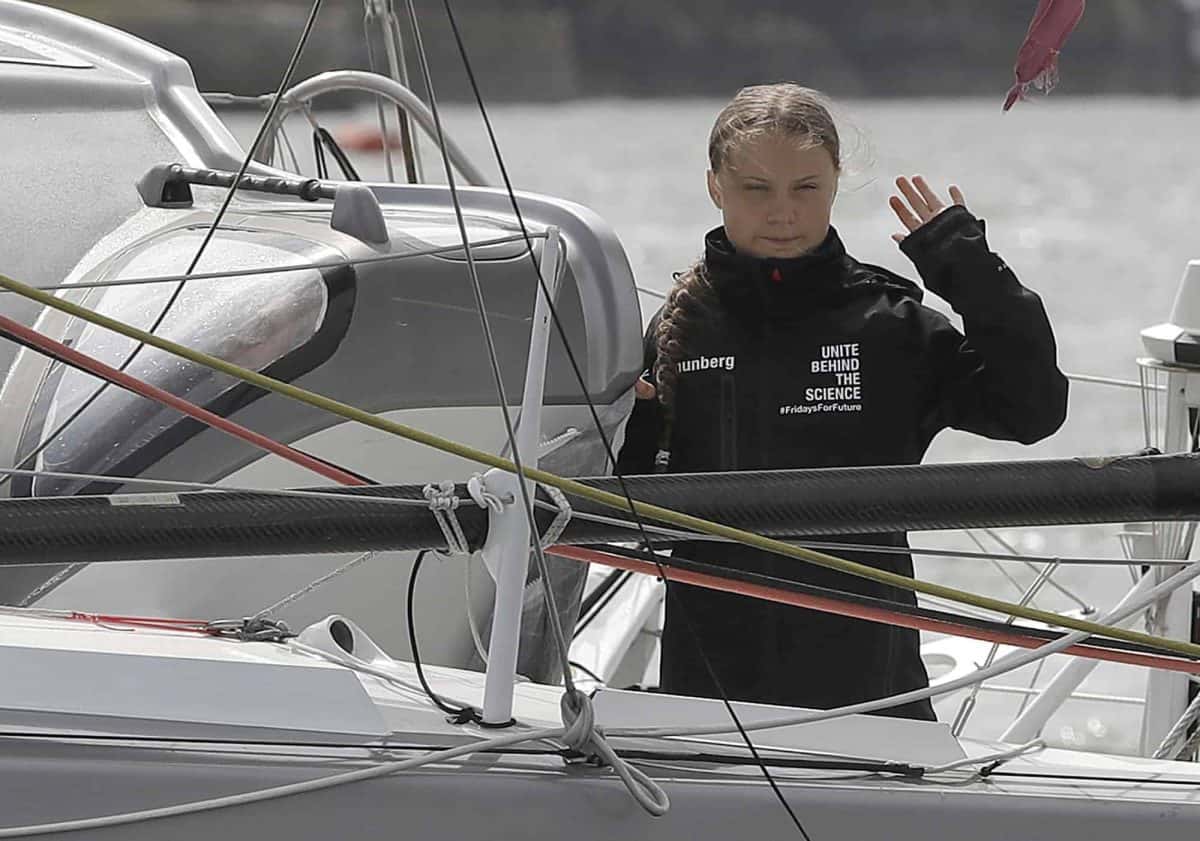 Climate activist Greta Thunberg begins her voyage to the US from Plymouth on the Malizia II, to attend climate demonstrations in the country on September 20 and 27 and speak at the United Nations Climate Action Summit.

Teenage climate activist Greta Thunberg has crossed the Atlantic on a zero-emissions sailboat to attend a conference on global warming.

On Wednesday before dawn, Greta Thunberg tweeted: “Land!! The lights of Long Island and New York City ahead.”

She and a sailing crew encountered rough seas on the way to New York.

They are expected to step off the boat at a marina in lower Manhattan on Wednesday afternoon.

The Swedish teenager refused to fly to avoid a plane’s gas emissions.

Action against climate change has been a theme of protests she has led in Sweden that inspired student strikes in about 100 cities worldwide.

She is also set to speak at the United Nations Climate Action Summit next month.