The Environment Ministry said 1,600 tons of waste was found in 83 containers in the country’s main port. 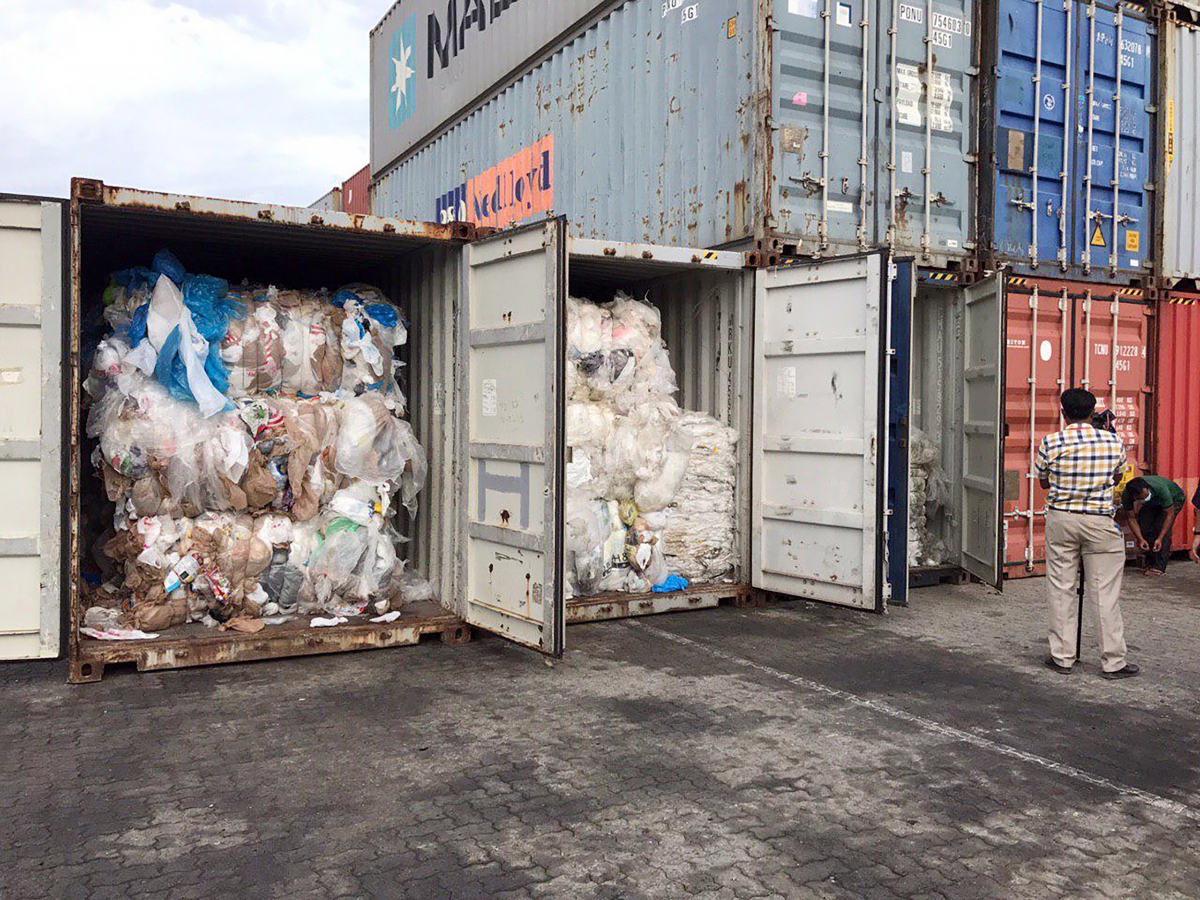 In this Tuesday, July 16, 2019, photo, containers loaded with plastic waste are placed at country beach city, Sihanoukville Port, southwest of Phnom Penh, Cambodia. A Cambodia's committee to investigate the sources of the trash discovered packing in more than 80 containers at country beach city, Sihanoukville Port, is needing seven to ten days to conclude their investigative, an official said Wednesday, July 17, 2019. (AP Photo/Sea Seakleng)

More than 80 shipping containers found to be filled with plastic waste in a Cambodian seaport came from the US and Canada, the Environment Ministry has said.

The discovery of the waste on Tuesday followed a statement at a cabinet meeting last week by prime minister Hun Sen that Cambodia is not the dumping ground for any kind of waste, and does not allow the import of any kinds of plastic waste or other recyclables.

Waste shipments shifted to other countries such as Indonesia, Thailand and Malaysia, which in turn also started rejecting shipments.

Neth Pheaktra said 70 of the containers were shipped from the US and 13 from Canada. Both countries are major exporters of such waste.

A government committee will investigate how and why the containers ended up in Cambodia, he said, adding that any company found to be involved in bringing in the waste would be brought to court.

Cambodia will also begin the process of returning the waste to its countries of origin, Neth Pheaktra said.

“Cambodia is not a dustbin where foreign countries can dispose of out-of-date e-waste, and the government also opposes any import of plastic waste and lubricants to be recycled in this country,” he said.

Electronic waste, which often has toxic qualities, is also a major problem, with shipments bouncing from port to port after being turned away.

Kun Nhim, director general of Cambodia’s General Department of Customs and Excise, said action was taken after other countries in the region such as Malaysia, Indonesia and Philippines brought the issue to the attention of Cambodian officials.

He said the 83 containers, which arrived over a period beginning in October, contained only plastic waste, not toxic materials or radioactive substances.

Cambodia also has a severe problem with plastic waste generated domestically, with little public awareness of the problem or infrastructure to deal with it.