The Centre for Cities and British Lung Foundation charities are calling on the Government to adopt WHO limits on air pollution, which is now killing more Brits than car crashes. 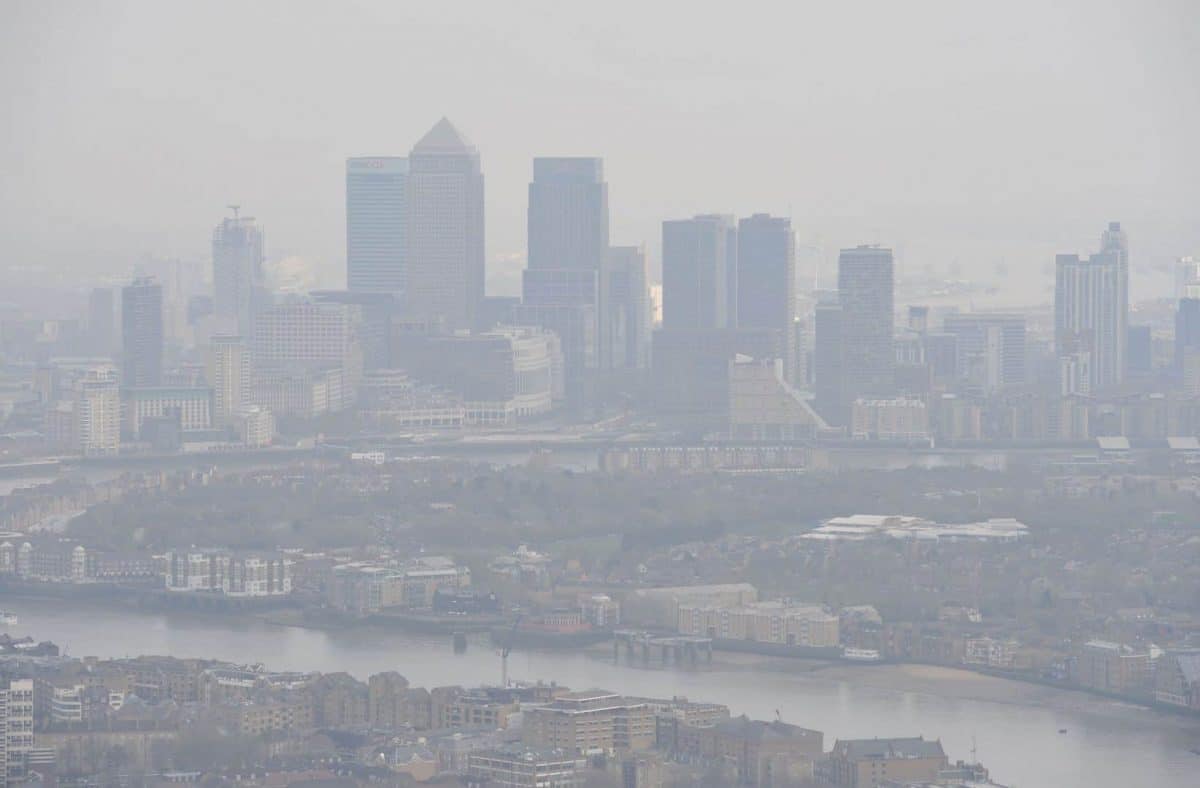 More than one in 19 deaths in UK towns and cities is linked to air pollution – and the figures are much worse for people living in the south, according to Centre for Cities charity.

People living in UK towns and cities are 25 times more likely to die from long-term exposure to pollution than in a car crash, according to the charity which works with Whitehall to develop urban policies.

There is a north-south divide for pollution levels, with higher levels of deadly dust, ash and soot, called Particulate Matter (PM2.5), in southern areas. Inhalation of PM2.5 at any level is likely to cause “adverse effects”, according to the Department for Environment.

The proportion of deaths related to exposure to PM2.5 is highest in London and south-eastern towns including Luton and Slough because of their proximity to the capital and pollution blowing over the channel.

An estimated one in 16 deaths in these areas are caused by exposure to pollution.

Meanwhile, cities in Scotland and northern England have the lowest proportion of PM2.5-related deaths. Aberdeen is the city with the lowest pollution-related death rate at one in 33, closely followed by Dundee, Glasgow, Blackpool and Edinburgh, with similar levels.

More than 60 per cent of roads nationwide exceed World Health Organisation (WHO) guidelines for toxic levels of air pollution.

Policy and Public Affairs Officer for the British Lung Foundation, Zak Bond, said the charity is calling on the Government to adopt the air pollution limits the WHO has advised countries to aim for by 2030.

Mr Bond said: “Whilst it’s shocking that more than one in 19 deaths in UK towns and cities can be linked to air pollution, it doesn’t tell the full story in terms of the millions of people whose lives are affected on a daily basis.

“Breathing in toxic air is bad for everyone and can lead to a wide range of health conditions including lung disease, stroke and cancer. It is particularly dangerous for the 12 million people in the UK living with lung conditions such as asthma, chronic obstructive pulmonary disease and idiopathic pulmonary fibrosis, as it can make their symptoms flare up and lead to hospitalisation.

“In children, it can cause irreversible damage to their developing lungs.” 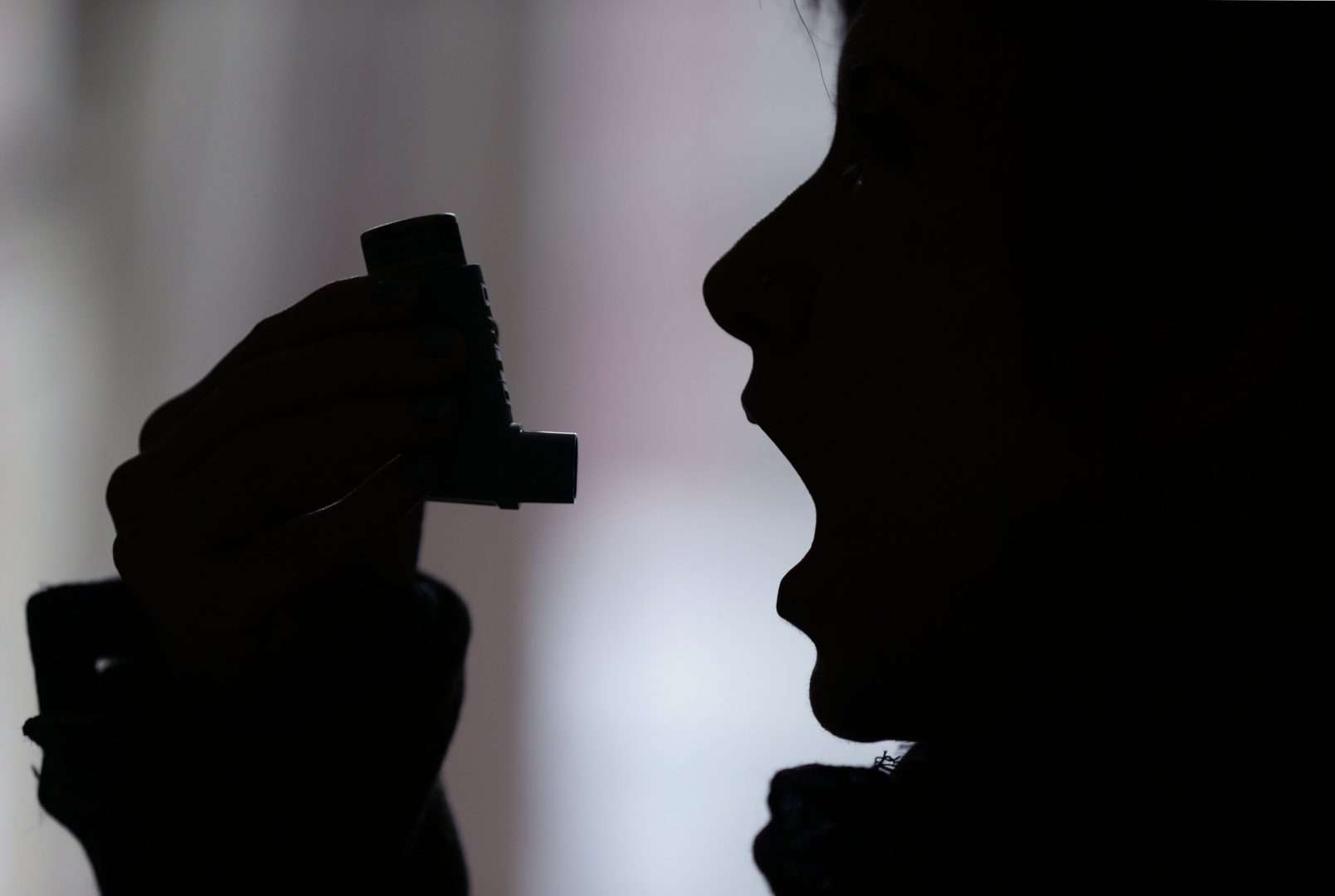 Andrew Carter, chief executive of Centre for Cities, agreed the UK Government should adopt the WHO’s stricter guidelines around PM2.5 emissions, as the Scottish Government has.

Mr Carter said: “Politicians often talk tough on addressing air pollution but we need to see more action. Cities should be at the centre of the fight against toxic air and councils should take the steps needed, including charging people to drive in city centres and banning wood burning stoves.

“To help, the Government needs to provide extra money and introduce stricter guidelines. The deadly levels of polluted air we’re breathing are legal across most of the UK. This needs to change.”

Traffic pollution is also damaging children’s brains, according to new research we reported. A study of 12 year olds found those who grew up around busy roads had less grey matter. They also had a thinner cortex – the region important for reasoning. Similar structural changes are seen in middle-aged people.

Centre for Cities is calling on the Government to triple the size of the Clean Air Fund to £660 million, introduce Ultra Low Emission Zones in city centres, ban wood burning stoves and coal fires in highly polluted areas, and provide financial incentives for cities to improve air quality.

The charity also wants the Government to secure plans with the EU to tackle cross-border air pollution as a key component of the future relationship.

In response to their demands, the Department for Environment issued a statement saying the government is “stepping up the pace and taking urgent action” to improve air quality.

A Defra spokesman said: “Alongside our Clean Air Strategy, which has been praised by the World Health Organisation as ‘an example for the rest of the world to follow’, we are investing £3.5 billion to tackle air pollution from transport.

“Our landmark Environment Bill will include a commitment to a legally binding target on fine particulate matter which will improve the health of millions of people.”