The protesters held signs to highlight the ‘violence of a traditional Christmas meal’. 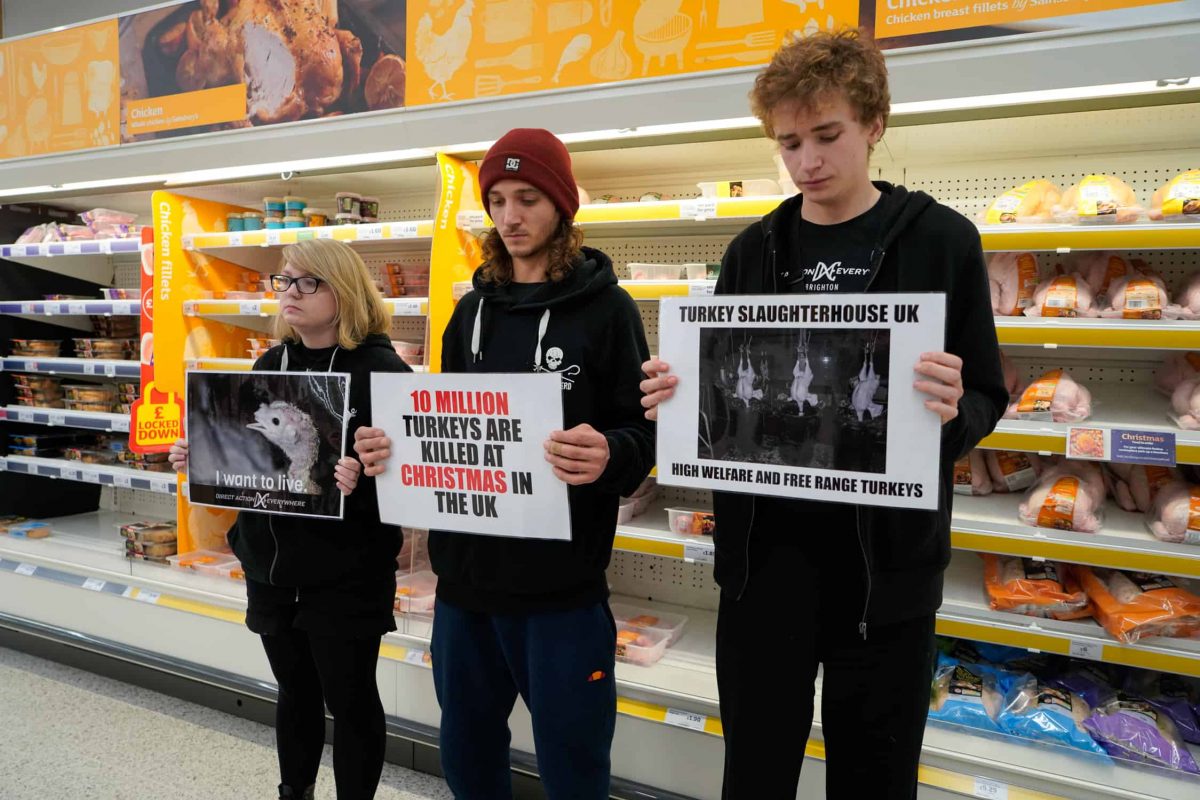 Credit; Direct Action Everywhere (DxE) of demonstrators holding a protest in the meat aisle in a branch of Sainsbury's in Brighton, East Sussex.

Food shoppers intending to pick up food for a midweek meal were greeted with an unexpectedly sombre scene on Wednesday.

Black-clad mourners lined the meat aisle in a branch of Sainsbury’s in Brighton, East Sussex, and held a funeral for Christmas turkeys.

The protesters stood silently bearing signs in an effort to highlight the “violence of a traditional Christmas meal”.

A spokesman for the group said: “We use the method of disruption to draw immediate attention to the beings who were killed for their bodies to be on a shelf.

“We are targeting the system of speciesism and aiming for systematic change rather than targeting individuals.”

A spokesman for Sainsbury’s confirmed a small group visited their Brighton store for a brief time and moved on peacefully.

In October, DxE activists locked themselves in a cage in Brighton and were “experimented” upon in a gruesome demonstration against animal testing.

Two protesters, dressed in skin-coloured clothing, looked out at passers-by before being hauled out by one of their associates dressed in a lab coat.