The EU warned Musk that Twitter would have to abide by European laws on hate speech if it wanted to avoid a ban. 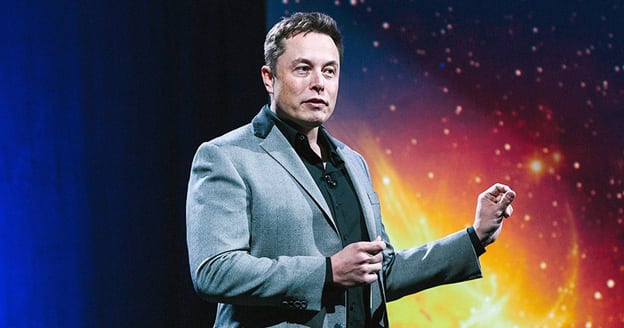 Elon Musk has hit out at an “extreme antibody reaction from those who fear free speech” after the European Union threatened to ban Twitter if it violates social media rules following his $44 billion take-over.

Thierry Breton, the EU’s economics tsar, said that any company operating in the continent must comply with its rules on things like hate speech. He added that, if required, the EU will take action to force Twitter to do so.

Breton said: “Be it cars or social media, any company operating in Europe needs to comply with our rules. Mr Musk knows this well.”

‘Will of the people’

Musk insisted on Tuesday night that Twitter would abide by laws – but take no further action to limit what users can write.

He said: “By ‘free speech’, I simply mean that which matches the law. I am against censorship that goes far beyond the law. If people want less free speech, they will ask government to pass laws to that effect. Therefore, going beyond the law is contrary to the will of the people.”

It comes as US politicians attacked Musk’s takeover, and warned it could herald the return of Donald Trump to the social media site. Democrat Elizabeth Warren called the take-over “dangerous for our democracy”.

In the UK, Musk has been urged to take down the “coordinated armies of bot accounts” on Twitter that disrupt genuine debate if he truly wants to make the platform about free speech.

Tory MP Damian Collins – the chair of the Joint Committee on the draft Online Safety Bill – said the billionaire needed to follow through on his pledge to support free speech on the site and “defeat the spam bots” after it was confirmed he had agreed a £34.5 billion deal to take over the platform.

“Elon Musk calls Twitter the digital town square, but it has become a place where free speech is drowned out by coordinated armies of bot accounts spreading disinformation and division,” he said.

“Twitter is a place where many users feel inhibited from expressing themselves, because of the hate and abuse they will receive.

“This digital town square is currently not a place of genuine debate, but a forum where campaigns, sometimes backed by agencies of the Russian state, seek to game Twitter’s algorithms to promote their world views and suppress any voices which dissent from it.

“If Elon Musk wants to really make Twitter about free speech, he will need to clean up the digital town square.”

Reaction to Musk’s proposed takeover has been mixed, with some industry experts, academics and even users of Twitter raising concerns about the Tesla’s boss’ stance as a “free speech absolutist” and whether this could mean a loosening of content moderation rules.

But Twitter founder Jack Dorsey has welcomed the takeover, calling it the “right path” for the company and hailing the decision to let Musk take the social media platform into private ownership and away from the ad model and Wall Street.

“In principle, I don’t believe anyone should own or run Twitter,” Dorsey said.