"I've had zero growth for 18 months and engagement is at an all-time low", the former UKIPer wailed. 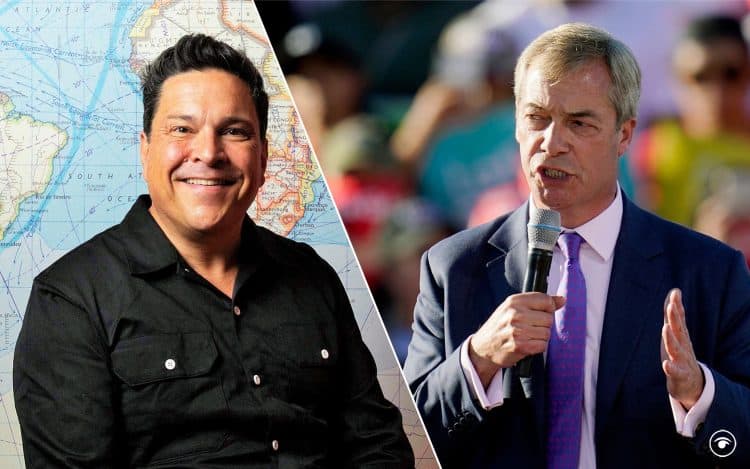 Dom Joly had the perfect response after Nigel Farage called for a change to Twitter’s algorithm.

The former UKIPer said he had been amassing 30,000 new followers per month along with thousands of retweets for several years.

But recently, both his audience and his engagement have dried up.

“I’ve had zero growth for 18 months and engagement is at an all-time low”, he said, calling on the social media platform to change its algorithm “and fast”.

Earlier this week Farage congratulated Elon Musk on purchasing Twitter, saying he hopes this “marks a turning point” for the social media giant.

Musk said in a joint statement with Twitter that he wants to make the service “better than ever” with new features, such as getting rid of automated “spam bots” and making its algorithms open to the public to increase trust.

“Free speech is the bedrock of a functioning democracy, and Twitter is the digital town square where matters vital to the future of humanity are debated,” he said.

But the co-founder of Wikipedia Jimmy Wales warned there could be dire consequences of the billionaire Tesla man taking over.

Speaking on Sky News, he said that Musk recognises that there is ‘something dreadful’ around Twitter’s business model, which is that “the more aggressive and hideous the site is, the more addictive it is, the more outrageous it is, the more traffic they get and I believe they will probably try to increase the traffic to Twitter by bringing back Donald Trump.”