“Those who think the Brexit drama comes to an end with this deal will be bitterly disappointed." 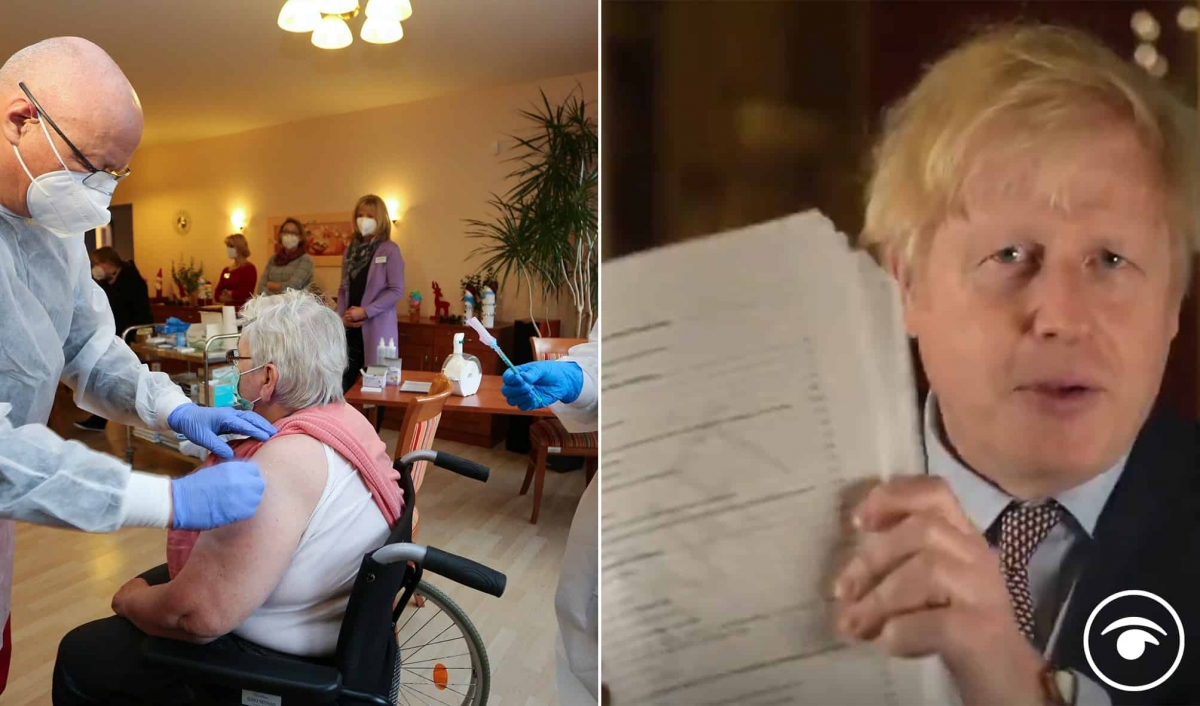 European Union nations have launched a co-ordinated effort to give Covid-19 vaccinations to adults among their 450 million citizens.

Shots were administered on Sunday morning to the most vulnerable people, healthcare workers who take care of them, and some politicians to reassure the public that the vaccinations are safe.

The vaccines, developed by Germany’s BioNTech and American drug maker Pfizer, started arriving in EU countries on Friday. The EU has seen some of the world’s earliest and hardest-hit virus hot spots, including Italy and Spain.

Others EU countries, like the Czech Republic, were spared the worst early on only to see their healthcare systems near collapse in the autumn.

Altogether, the EU’s 27 nations have recorded at least 16 million coronavirus cases and more than 336,000 deaths — huge numbers that experts still agree understate the true toll of the pandemic due to missed cases and limited testing.

Labour leader Sir Keir Starmer said on Christmas Eve, it was a “thin deal” that leaves much not settled, struck to avoid catastrophe by kicking the can down the road.

However, Labour will support the deal, even though their may be a revolt within the party.

The SNP though has confirmed its MPs will vote against the deal when it comes before the Commons.

Now newspapers across mainland Europe have been reporting on their take on the Brexit deal.

Der Spiegel’sMarkus Becker wrote: ““The EU will be freer to take the steps it needs to take in order to assert itself against the USA and China – because it is running out of time to do so. Great Britain, on the other hand, might need Brexit to realise how small the bit part it will play on the world stage will really be.”

Writing in Spain’s El Mundo newspaper, José Ignacio Torreblanca said: “Britain is consumed by the eccentric plan of the conservative elite to return to exerting [global] influence from a position of splendid isolation.”

Björn Finke, writing in the German newspaper Süddeutsche Zeitung, stated: “Those who think the Brexit drama comes to an end with this deal will be bitterly disappointed. In the coming years and decades, there will be plenty of reasons to call on the arbitration bodies envisioned in the deal, likely under the threat of tariffs. The drama will carry on. Sadly.”

Le Monde said the UK was now facing a dilemma from over half a century ago. “The United Kingdom finds itself once again facing a question that was never resolved after 1945: its place in the world,” wrote Philippe Bernard. “Its like Back to the Future, from the 1950s.

“While Germany and France launched themselves into building Europe, the British refused to join this project, too limited for their ambitions and initiated by two countries they considered, unlike themselves, losers of the war.”

France’s Libération newspaper said the deal gave only “a facade of commercial freedom for the UK”.

Related: ‘Gross stupidity’ – SNP confirm they will vote against Brexit and slam Labour for backing deal