The remains of primitive moths dating back to the time of the dinosaurs 200 million years ago have been dug up in northern Germany. Experts say they are the earliest fossilised evidence of the insects, and shed fresh light on their evolution – and also that of their butterfly relatives. About 70 wing scales and […] 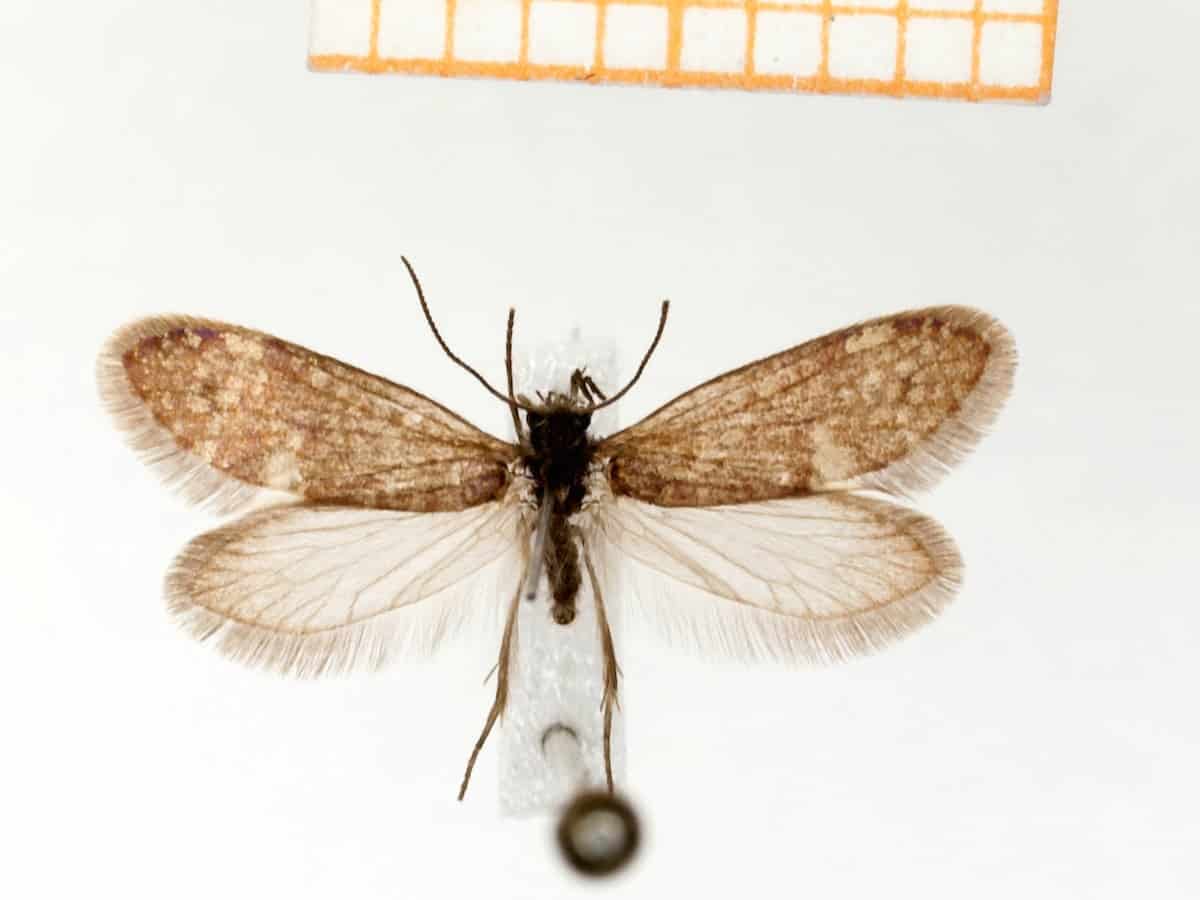 The remains of primitive moths dating back to the time of the dinosaurs 200 million years ago have been dug up in northern Germany.

Experts say they are the earliest fossilised evidence of the insects, and shed fresh light on their evolution – and also that of their butterfly relatives.

About 70 wing scales and fragments – some beautifully preserved – were discovered in a drilled core of rocks dating back to the Triassic-Jurassic boundary.

It makes them 10 million years older than the previous record holder – three wings of a species named Archaeolepis mane that was found in Dorset.

Most notably some showed characteristics of living Glossata – moths with a sophisticated sucker known as a proboscis.

It had been suspected the feeding device developed to enable moths to suck on flowers.

But the newly discovered moths emerged before flower producing plants – or angiosperms – suggesting another reason.

The evolutionary response was most likely to have been due to exclusively feeding on liquids via the proboscis owing to widespread heat and aridity during the Late Triassic.

Moths and butterflies belong to an order of insects known as Lepidoptera – distinguished by the scales covering their bodies and wings and a proboscis.

The scales are modified, flattened ‘hairs’ – and give butterflies and moths their extraordinary variety of colours and patterns.

The scales were randomly placed in 26 metres of rock layers embracing the Triassic-Jurassic boundary near a village called Schandelah in Lower Saxony.

Earth scientist Dr Timo van Eldijk, of Utrecht University in The Netherlands, said: “About 70 scales and scale fragments – in various states of degradation – could be analysed. Exceptionally well-preserved specimens were recovered.”

The finding reported in Science Advances offers a “Triassic-Jurassic window” into the evolution of Lepidoptera.

Dr van Eldijk said: “On the basis of an assemblage of fossilized wing scales recovered from latest Triassic and earliest Jurassic sediments from northern Germany, we provide the earliest evidence for Lepidoptera – moths and butterflies.”

He said the diversity of the scales

The variety of scales show the Lepidopterans – including the Glossata that cover most moths and butterflies today – diversified during the Late Triassic, much earlier than previously thought.

Dr van Eldijk said these have a sucking proboscis.

He said: “The microfossils extend the minimum calibrated age of glossatan moths by about 70 million years – refuting ancestral association of the group with flowering plants.

“Development of the proboscis may be regarded as an adaptive innovation to sucking free liquids for maintaining the insect’s water balance under arid conditions.”

But the latest discovery suggest Glossata originated first lepidopterans so depended on gymnosperms – plants which don’t produce flowers – to satisfy their nutritional needs.

The shift to angiosperms as a main food source came later – contradicting the idea the sucking proboscis was an adaptive response to the arrival of flowers.

This replaced the chewing mouthparts of their ancestors – a transition that was probably triggered by climate rather than food.

Dr van Eldijk said: “Moths and butterflies represent one of the most admired and studied insect groups – not in the least for their remarkable associations with flowering plants.

“However, despite their important role in terrestrial ecosystems, the early evolu
tionary history of these insects remains murky and mired in an exceedingly poor fossil record.

“Because free liquid drinking is an efficient technique to replenish lost moisture and survive desiccation stress, substitution of mandibulate mouthparts by a sucking proboscis could be seen as an adaptation to adequate maintenance of body water balance of small, short-lived moths.”

The earliest known butterfly fossils are from the mid Eocene epoch – between 40-50 million years ago.

Their development is closely linked to the evolution of flowering plants since both adult butterflies and caterpillars feed on them.