She was inspired to help the victims of sexual crime when a coworker saw a woman leave hospital with her arms across her chest because her bra had been taken as evidence. 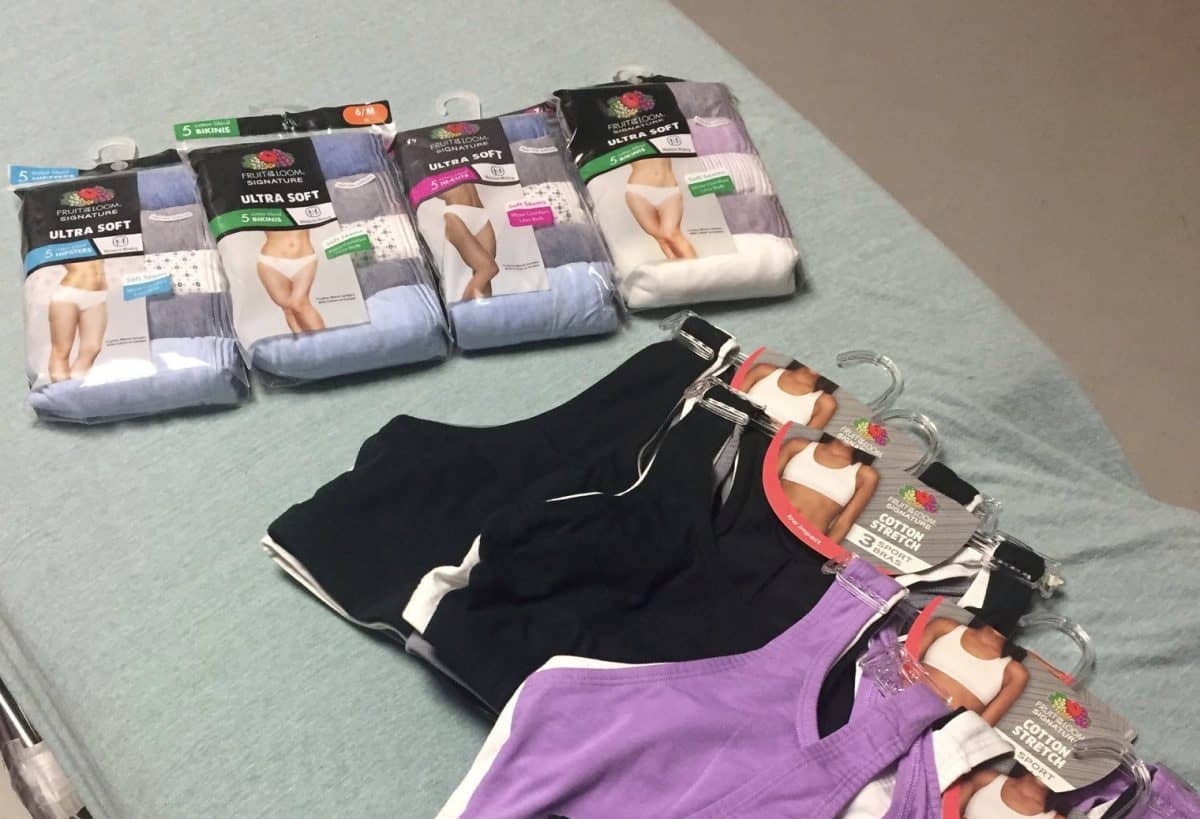 Bras and underwear that Martha bought for victims. Credit;SWNS

A compassionate ER nurse has collected hundreds of bras and panties to stop traumatized rape victims having to leave hospital without underwear after a forensic exam.

Martha Phillips, 41, was inspired to help the victims of sexual crime when a coworker saw a woman leave hospital with her arms across her chest because her bra had been taken as evidence.

Martha, of Bellingham, Washington, said: “This woman had had a sexual assault exam and she was a big busted woman.

“She had to walk out of the hospital with her arms across her chest because she had no bra.”

Martha and her colleague, who both work at PeaceHealth St Joseph Medical Center in Bellingham, immediately went shopping for underwear.

“It was just a lightbulb moment,” Martha said.

“We should have done this earlier. We just wanted to make sure that the survivors had access to this.”

Martha explained that often rape victims do not get their underwear back as it is sent to a state crime lab and pieces of fabric are cut out to test for DNA.

She said: “Sometimes they never get their underwear back. To get your underwear back from a state crime lab would usually require several years and probably more energy than you have if you have survived rape.

“Sometimes the lab technicians cut out pieces of the underwear to do DNA testing.”

Martha explained the importance for a rape victim of being able to leave a hospital wearing underwear.

She said: “It gives you back a piece of your armor. It makes us feel comfortable in our own bodies – and in a rape, that has been completely ripped away.

“If we can give a piece of that back to them, that means that someone doesn’t have to walk out of a hospital after a trauma feeling insecure and exposed.”

In December 2019, Martha told friends and family that she had purchased $150 worth of Fruit of the Loom sport bras and panties for victims and urged them to donate underwear to their local Forensic Nursing team in a Facebook post.

The result was overwhelming and the hospital now has a dedicated room to store the underwear for women who have survived rape or sexual assault.

“I can’t even count how much clothing and underwear we have now,” Martha said.

“There was a huge outpouring of support. We are really lucky. We have a dedicated room where it is all stored.”

The pandemic saw far fewer rape victims coming to the hospital, but sadly, Martha said that this doesn’t mean that the number of rape attacks decreased in 2020.

She said: “There were more assaults going on, but people were not going to hospitals because they were scared of COVID.

“There were markedly more domestic violence and child abuse cases during COVID.”

Martha hopes that as vaccinations are rolled out across the US and the nation gets
back to normal, she can continue to work with survivors of sex crime.

She said: “I want to continue to work with these survivors and I hope we can make people aware of what survivors of rape and sexual assault need.”