Watch: Iain Duncan Smith forgets how long the Tories have been in power

It comes as Rishi Sunak and Penny Mordaunt have maintained their places at the front of the Tory leadership race as Suella Braverman was eliminated. 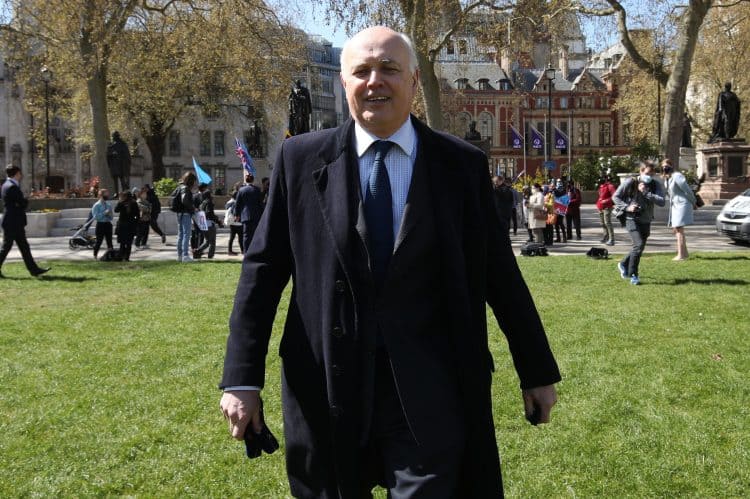 Rishi Sunak and Penny Mordaunt have maintained their places at the front of the Tory leadership race as Suella Braverman was eliminated.

Foreign Secretary Liz Truss came in third but will hope to pick up votes from Ms Braverman’s supporters in the next round.

Ms Braverman had 27 votes, five fewer than she had in Wednesday’s first round of the contest despite the field being smaller on Thursday.

Iain Duncan Smith appeared to forget six years of Tory rule during an interview on LBC with Andrew Marr.

The former leader of the party gave his views on the current state of the Tory party but made a glaring error.

“I think that we’ve been in government now pretty much since 2016,” Duncan-Smith said at one point.

Related: First Patel now Raab: He pulls out of appearance at parliamentary committee