Sarah was speaking to Times Radio after her ex-husband’s recent out-of-court settlement with Virginia Giuffre. 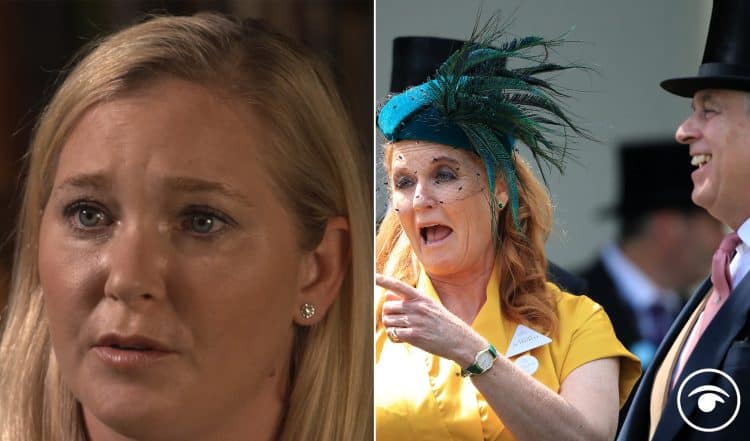 The Duchess of York has said her ex-husband the Duke of York is a “good and kind man”.

Andrew lives in Royal Lodge with his former wife Sarah Ferguson and has done for 18 years.

It has been reported that the open market value of Royal Lodge would be at least £30million, as of January 2022.

The Grade II-listed residence has belonged to Andrew since the Queen Mother’s death in 2002, boasts 30-rooms.

The vast property is not open for the public to tour, like many other royal residences are, so Andrew can keep a low profile.

It comes as Andrew has seen the sale of his £17 million Swiss chalet frozen until he pays £1.6 million in a fresh debt battle. Andrew reportedly owes a “business debt” to a Swiss couple.

Isabelle de Rouvre, who sold Andrew and Sarah, Duchess of York, the chalet in 2014 before later suing them over a £6.7million debt, told The Telegraph : “He is an absolute fool and I just cannot understand how he goes about his life. Really it is a tragedy and so bad for the Queen. I don’t know how she manages with them.”

Speaking to Mariella Frostrup on Tuesday, the duchess was asked if she would still marry the prince if she could go back in time.

Referring their wedding day, she added: “And it was an exceptional day, July 23 1986. And it was just extraordinary.

“I think my life is an amazing life. I think I’ve been very lucky. And I am now just beginning my life again. And I think it’s pretty cool to be able to say that.”

She later told the programme: “And, you know, I will stand very firmly by Andrew… a very good and kind man and that’s what I believe.

“We are divorced. I think it’s very important, Mariella, that people realise that I don’t spend long here in England, because I don’t wish to. I’d much prefer being out.

“I’ve built 156 schools in Africa and Poland. And, you know, and I just want to keep going doing my philanthropy work.”

The disgraced duke was on Monday forced to remain out of sight during the Garter Day procession after a “family decision” to limit his appearance to a behind-the-scenes lunch and investiture ceremony.

The Prince of Wales and his son the Duke of Cambridge are understood to have lobbied the Queen about Andrew’s participation in Garter Day, which featured a church service, an investiture for new members of the order and a lunch.

The duke was cast out of the working monarchy and no longer uses his HRH style after Ms Giuffre, who was trafficked by Epstein, accused him of sexually assaulting her when she was 17.

The duke denied the claims.

Related: Watch: ‘He should be in the Hague’ – protesters gather as Tony Blair receives knighthood