In another explosive Brexit intervention, Donald Trump today poured scorn on the Prime Minister and insisted she rule out a second referendum giving the British public the final say on their future relationship with the EU. In a week of dramatic votes on the Brexit process, including ruling out leaving the EU with no Brexit […] 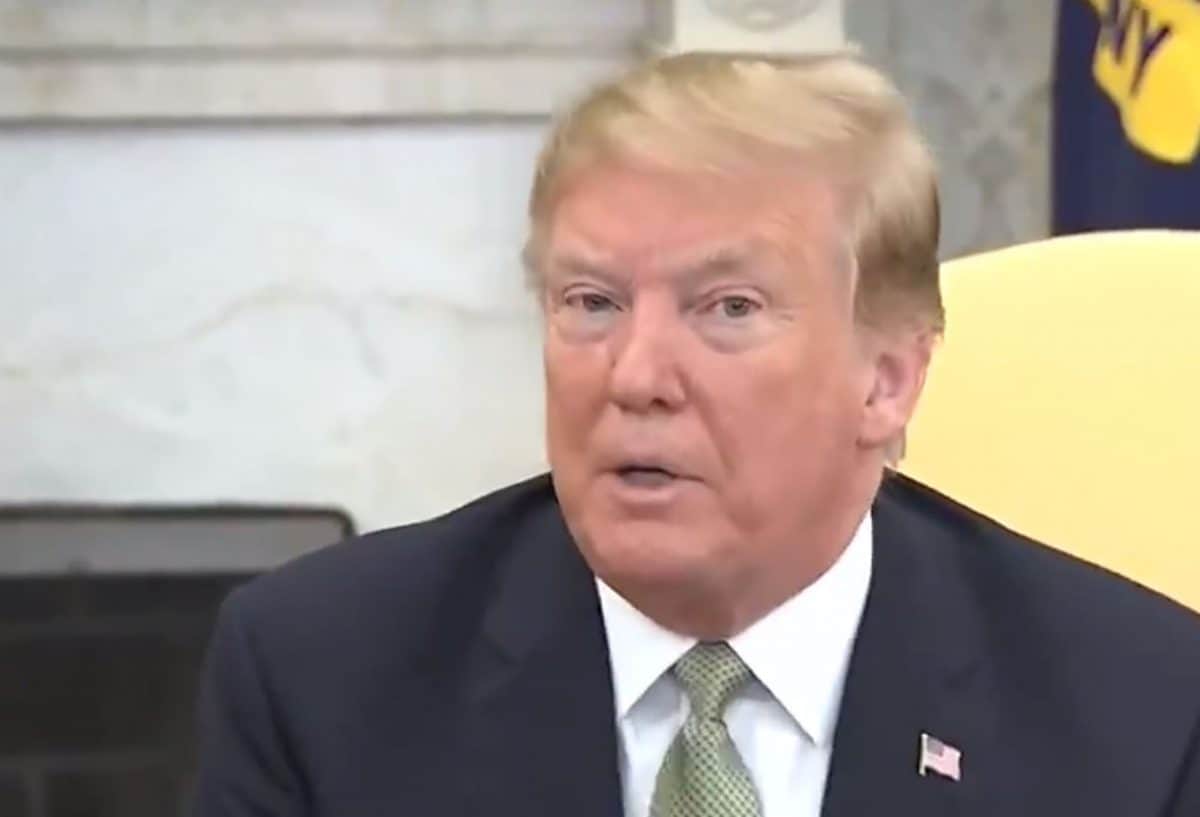 In another explosive Brexit intervention, Donald Trump today poured scorn on the Prime Minister and insisted she rule out a second referendum giving the British public the final say on their future relationship with the EU.

In a week of dramatic votes on the Brexit process, including ruling out leaving the EU with no Brexit deal and postponing Britain’s exit from the EU to thrash out a viable deal, Donald Trump has made his feelings clear.

His incendiary remarks were made as he spoke to media with Irish Prime Minister Leo Varadkar in the Oval Office.

“I’m surprised at how badly it’s all gone from the standpoint of the negotiation, but I gave the prime minister my ideas on how to negotiate it, and I think you would have been successful,” Trump told assembled reporters. “She didn’t listen to that and that’s fine.”

“She’s gotta do what she’s gotta do but I think it could have been negotiated in a different manner, frankly. I hate to see everything being ripped apart right now.

“I don’t think another vote would be possible because it would be very unfair to the people that won, they’d say, ‘What do you mean you’ve gotta take another vote?’ So that would be tough.”

Trump’s White House remarks come hours after he tweeted:
“My Administration looks forward to negotiating a large scale Trade Deal with the United Kingdom. The potential is unlimited! “

Nigel Farage boasted in the Telegraph earlier in the week that he had been persuading the US President to put pressure on the UK to leave the EU with no deal.

The US trade objectives included:

“Full market for US products” – which could end NHS bargaining protections that keep the cost of medicines down.

Stopping goods being classified as “used goods that are restricted or banned” even those containing dangerous asbestos.

Empower the US to ditch the trade deal at any time if it objects to a UK trade agreement with a “non-market economy”, such as China.

And in a massive loss of sovereignty – meddling in Britain’s control; of its own currency, by controlling whether “the UK avoids manipulating exchange rates.