The two women reportedly both had children with them 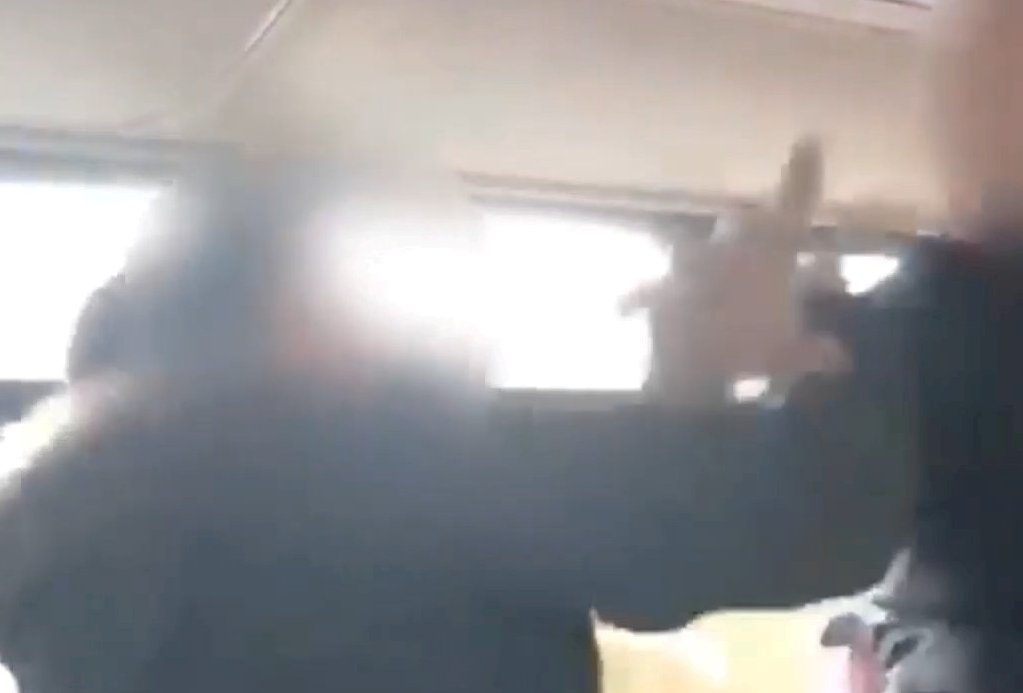 This is the moment two women who appear to have children with them had a FIGHT on a city bus as terrified passengers look on.

Both women appear to have children with them.

The shouting gets increasingly loud as one of the woman gets to her feet and other bus users get between them.

The driver is even forced to walk down the bus in a bid to defuse the situation. Another woman can be heard on the phone to the police.

However, although the argument seemed to have simmered down, the situation quickly flares up again as one of the women involved stands up to leave the bus.

The abuse quickly escalates from verbal to physical.

As she approaches the front of the vehicle she shouts: “Don’t get off the f***ing bus with me.”

She then walks back down the bus and the pair appear to exchange blows in the aisle.
The other woman can be heard shouting “don’t punch me while I’ve got my nephew”, before aiming a kick at her adversary.

A man eventually gets between them as one of the women stands on two seats to try to get past him before the video ends.

The confrontation was caught on camera on board the 75 First Bus service from Bristol city centre to Hengrove on March 11.

A spokesperson for the Avon and Somerset force said: “We were called just after 3.10pm to Bishport Avenue, Hartcliffe, to reports of an altercation between two people on a bus.

“An investigation is underway.”

A FirstBus spokeperson added: “We take incidents such as these very seriously, as the safety of our customers and drivers is of paramount importance.

“We apologise to any customers on the vehicle who were inadvertently caught up in the incident. The driver reported it when he brought the bus back to the depot and the CCTV footage will be passed onto the police with whom we will co-operate fully in any investigation.”