A doctor has destroyed Nigel Farage on social media after he labelled concerns over the future of the NHS as “project fear”. A report by the British Medical Association published in The Independent warned that a no-deal Brexit could increase the risk of a Europe-wide pandemic, leaving the UK more vulnerable to outbreaks of deadly […] 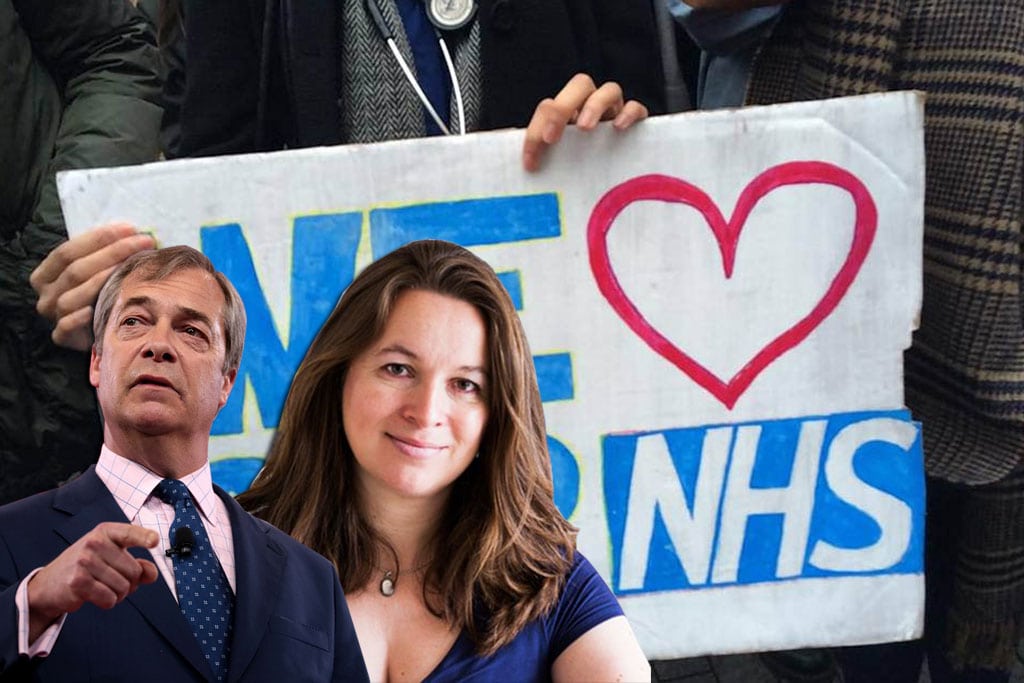 A doctor has destroyed Nigel Farage on social media after he labelled concerns over the future of the NHS as “project fear”.

A report by the British Medical Association published in The Independent warned that a no-deal Brexit could increase the risk of a Europe-wide pandemic, leaving the UK more vulnerable to outbreaks of deadly infectious diseases.

It says that the UK’s ability to coordinate responses to emerging threats, such as the current outbreak of measles or seasonal flu, will be seriously undermined, making it harder to stop infections spreading across borders.

With UK government admitting it is stockpiling medicines in the event of a no-deal scenario, the British Medical Association warns this is proof that the devastating impact of Brexit on the nation’s health has been neglected.

But according to Farage it is all part of project fear. The prominent Brexiteer called the report an “absolute disgrace” on Twitter, but he soon got a taste of his own medicine after Doctor Rachel Clarke took him down with a thread of harshly-worded retorts.

As an NHS doctor who cares for terminally ill inpatients, she said it is disgraceful that an NHS hospice has been forced to close a third of its beds because some its nurses feel so unwelcome now in Britain they have been driven home to Spain, Portugal and Italy.

She also pointed out that the racism, abuse and hate unleashed by the “foul and toxic” referendum campaign was also disgraceful, as is the fact that there are dying patients trapped in their homes in desperate need of an NHS hospice bed who cannot be treated because the beds are closed due to a lack of nurses.

There has been a 96 per cent reduction in applications to the NHS from EU nurses since the referendum, with the UK saying farewell to 4,000 nurses and midwives from European Economic Area in past year.

See the thread in full below.