“We can’t afford any more of the dithering or eleventh-hour announcements from the government. The death toll has already passed 100,000. It’s vital that the government gets this right and shows us the plans now to protect those like our school support staff.” 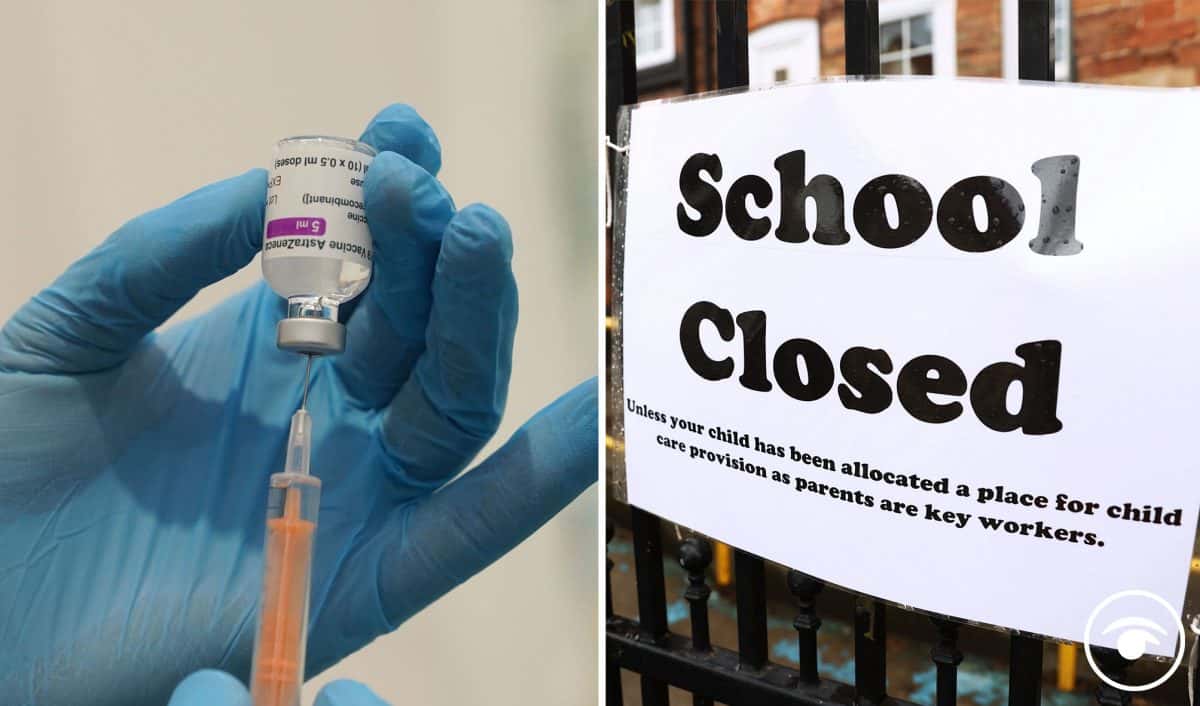 Lockdown measures will remain in place until at least March 8, Boris Johnson said as he earmarked that date to begin the reopening of England’s schools. His comments come as the PM has be told ‘we can’t afford any more of the dithering or eleventh-hour announcements from the government,’ over the vaccine roll out.

The Prime Minister confirmed that hopes of pupils returning to class after the February half-term have been abandoned as the battle with coronavirus remained “perilous”.

The March date is based on progress in vaccinating the most vulnerable groups in society by mid-February and then giving the jab time to take effect.

So far 6,996,247 people in Great Britain have received a first dose of either the Pfizer or AstraZeneca vaccines, although Mr Johnson acknowledged a “sense of frustration” about the patchy nature of the rollout.

The Prime Minister also set out tougher measures to prevent the arrival of new strains of coronavirus into the UK, confirming plans for a 10-day quarantine in hotels for travellers from high-risk countries.

In a Commons statement after the UK’s death toll passed 100,000, he said he would set out the Government’s strategy for the “gradual and phased” easing of lockdown in the week beginning February 22.

But with the reopening of schools only set to begin on March 8, easing of “economic and social restrictions” could only take place “then or thereafter”.

England’s schools are currently closed to all but vulnerable pupils and the children of key workers.

The Prime Minister told MPs: “The first sign of normality beginning to return should be pupils going back to their classrooms.”

GMB, the union for key workers, backs calls for all public facing key workers as well as critical supply workers to receive a Covid-19 vaccination.

At Prime Minister’s Questions today (Wednesday 27 January) the Leader of the Opposition, Keir Starmer told the House of Commons that Labour is calling for key workers such as school staff to receive the protective measure after the top four most vulnerable groups have been inoculated.

It came as Boris Johnson confirmed that schools in England would not re-open before March.

Earlier this week, NHS England chief Sir Simon Stevens also suggested that key workers should be prioritised for a vaccine.

GMB believes as the government plans the next stage of the vaccine rollout that the only way to tackle the spread of the virus is to prioritise the vaccination of essential workers including staff at schools, to protect them from infection from students and vice versa.

Dan Shears, GMB National Health and Safety Director said:  “Key and essential workers who throughout the Covid-19 pandemic who go out to work and are risking their lives to keep our country ticking over must be included in vaccine rollout plans as soon as possible.”

“After all those over 70 have been vaccinated the government needs to prioritise a mass vaccination roll out to key workers and we need to see those plans now.

“We can’t afford any more of the dithering or eleventh-hour announcements from the government. The death toll has already passed 100,000. It’s vital that the government gets this right and shows us the plans now to protect those like our school support staff.”

Related: This headteacher responded to parents telling his staff how to teach in the best way possible