It comes as the UK government announced a further 1,725 more coronavirus deaths have been recorded. This is the second highest daily death total on this measure. 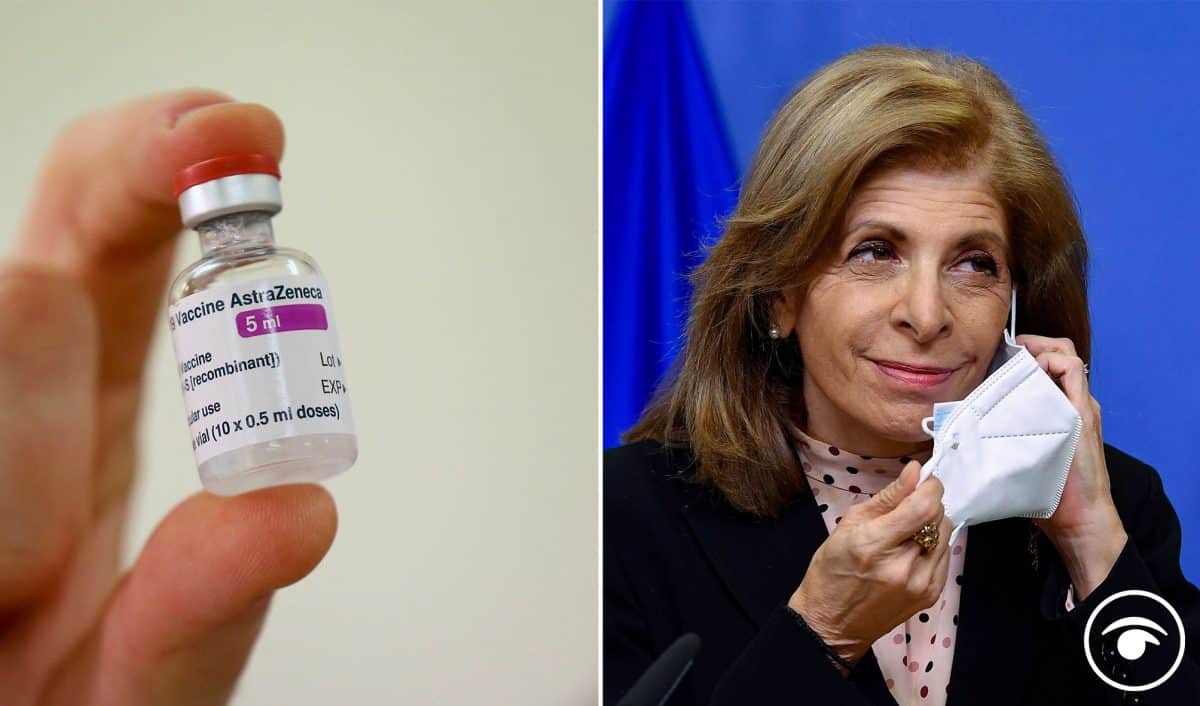 The EU has demanded access to AstraZeneca vaccines manufactured in UK plants as the bloc’s row with the pharmaceutical giant over a shortage of doses intensified.

It comes as the UK government announced a further 1,725 more coronavirus deaths have been recorded. This is the second highest daily death total on this measure, after last Wednesday, when 1,820 deaths were recorded. Yesterday the total was 1,631.

European health commissioner Stella Kyriakides told the firm on Wednesday it is contractually obliged to send jabs produced in Oxford and Keele to EU member states.

But Ms Kyriakides said: “We reject the logic of first come first served. That may work at the neighbourhood butchers but not in contracts.”

She denied the bloc would impose an export ban on vaccines leaving the EU but said the contract signed with AstraZeneca, which worked with Oxford University on its vaccine, contains two factories in the UK.

“There is no hierarchy of the factories. You are aware in the contracts there are four factories listed but it does not differentiate between the UK and Europe. The UK factories are part of our advance purchase agreements and that is why they have to deliver,” she added.

“We expect the doses that are in an advance purchase agreement to be delivered to the European Union.”

There were concerns that the UK could face supply issues for the Belgium-manufactured Pfizer jab if the EU imposed export controls, as previously suggested.

But Ms Kyriakides said: “Let me be absolutely clear, the European Union is not imposing an export ban on vaccines or restricting the export of vaccines to third countries.

“What we have proposed as a commission is an export transparency mechanism. What it will do is bring clarity on the production capacity of manufacturers.”

In an interview with Italy’s La Repubblica newspaper, Mr Soriot said “we are basically two months behind where we want to be” in supplies due to manufacturing issues in Europe, citing problems in a Belgian plant.

He said there had been “teething issues” in the UK supply chain as well but that the deal with Britain was signed three months ahead of the EU’s.

“So with the UK we have had an extra three months to fix all the glitches we experienced,” he said.

He rejected the suggestion the firm was selling to the highest bidder “because we make no profit everywhere” under the agreement signed with Oxford University.

Prime Minister Boris Johnson said on Tuesday that he had “total confidence” in the UK’s supply of jabs.

Production at a vaccine site in Wales has been stopped while police and Army investigate a suspect package.

All employees were evacuated from the Wockhardt site, which employs around 400 people, in Wrexham on Wednesday.

The global pharmaceutical and biotechnology company provides fill-and-finish services for the Oxford/AstraZeneca Covid-19 vaccines – the final stage of putting the coronavirus vaccine into vials.

A spokeswoman said: “All production on site has been paused while the investigation is under way.”

But she added that “a few hours is not going to make a huge amount of difference to the production”.

She said she could not give information on quantities of vaccine on site but that production “had been proceeding at pace to meet the Government contract for 100 million vaccine doses”.

Police officers and a bomb disposal unit were called to the scene mid-morning on Wednesday.

A statement from the company said: “The safety of our employees and business continuity remains of paramount importance.”

A spokesman for North Wales Police said: “We are currently dealing with an ongoing incident on the Wrexham Industrial Estate.

“The roads are currently closed and we would ask the public to avoid the area until further notice.”

A spokeswoman for the Ministry of Defence said an explosive ordnance disposal team based in Chester was called out just after 11.30am and was assisting at the scene.

Downing Street is being kept up to date on developments, a Number 10 spokesman said.

All “necessary precautions” were taken to prevent disruption to the manufacture of the jab, a Wockhardt spokeswoman said at the time.

Related: ‘Dithering’ Government urged to get vaccine to key workers as schools to stay shut until March