A solid IPA from the Falmouth brewery, launched to celebrate its involvement with this year's Bigfoot Festival. 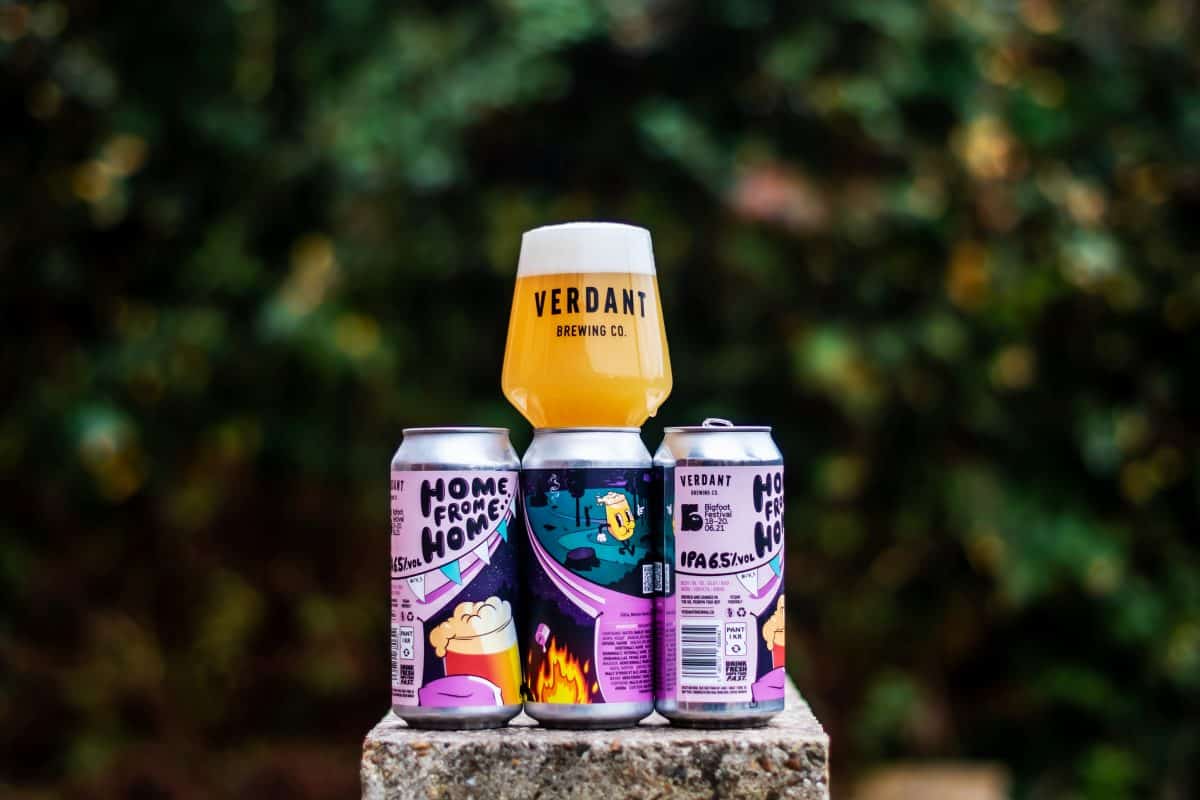 The first in a new series of beers, to celebrate their involvement with Bigfoot Festival, Verdant Brewing Co. have launched a new Home From Home IPA.

Planned to take place in June, Bigfoot is the UK’s first ever craft beer music festival. Hosted entirely outdoors, in the grounds of Ragley Hall, Warwickshire, the 7,000 capacity festival will feature a programme of live performances, DJ sets, and a huge focus on its beer line up – with Primal Scream and Hot Chip Megamix set to headline the festival.

Having postponed its inaugural edition last year, Bigfoot plans to take place this summer, though a full refund will be offered in the unfortunate event of the festival needing to be cancelled. A watertight COVID secure protocol will also be operated, including COVID secure risk assessments on every aspect of the event; layout and density management, as well as flow planning; informative safety stewarding; increased cleaning procedures at every touch point, and PPE; plus track and trace details for festival goers.

As for the beer, We Are Beer (the team behind London, Bristol, Edinburgh, and Birmingham Craft Beer Festivals) have worked on Bigfoot’s beer line up. Based in Falmouth, Verdant will be on hand, offering a one-off session pale ale brewed exclusively for the festival, available from every bar at the festival. The brewery will also bring their seafood bar and a sound system, plus a taproom selection of their beers. Additional breweries involved include Hill Farmstead from Vermont, USA; Australian Stone & Wood; and British breweries DEYA, The Kernel Brewery, Northern Monk, Braybrooke Beer Co., and Signature Brew, who’ll host a punk stage.

Produced with Citra, Nelson Sauvin, and Galaxy hops, Verdant Home From Home is an IPA brewed to 6.5 percent abv. On pour, the murky yellow liquid is wildly redolent of Flucloxacillin liquid, capped with a good head. Chalky tropical fruit aromas of guava and passionfruit are rampant on the nose alongside some peach, melon, orange and grapefruit pith, plus dank hop notes, pine resin, and a whisper of pencil shavings (not unpleasant). Medium-bodied with a bitter base, Verdant Home From Home has plenty of fruit savours which continue on the palate – most noticeably some pineapple, papaya, melon, and orange marmalade, complete with some more pine and feint maltiness which brings some sweet balance. The finish is long, bitter, and refreshing, however, with lingering resinous hop bitterness. A solid IPA.

Further information on Verdant Brewing Co. and its stockists can be found here.

Further information on Bigfoot Festival can be found here.