"What the hell just happened in the UK?" one person said. 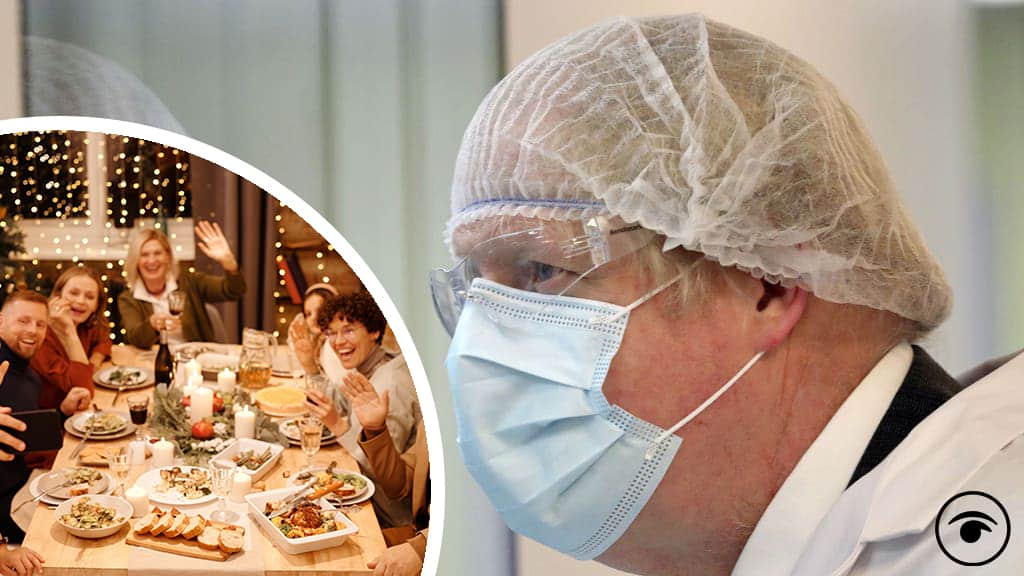 A new chart has revealed the devastating scale of Boris Johnson’s plan to save Christmas as tens of thousands of avoidable deaths were recorded over the festive period and into January on the back of relaxed restrictions.

Plans to allow for “Christmas bubbles” were unveiled at the end of November allowing three households to meet up at home, places of worship and in outdoor places, despite warnings that it could allow Covid to let rip through the country.

“People want to be with their loved-ones and those close to them for what is the most important holiday of the year,” senior minister Michael Gove said at the time.

Limits on travel were also scrapped so that people can meet up, with an additional day on either side for those going to and from Northern Ireland.

But as countries across the continent imposed strict measures for December, it took a last-minute U-turn for the Johnson administration to do the same with large parts of the south put into lockdown at the eleventh hour.

By that point it was a case of too little too late with many people already travelling home to see relatives. Figures released shortly after Christmas show there were big increases in Covid-19 case rates in regions where bubbles were not cancelled.

As of yesterday the UK’s current death count stood at 122,070, leaving one person to exclaim “what the hell just happened?”

That spike in deaths? That was Johnson ‘saving Christmas’
Those lives were the price families paid for having a PM who can’t bear to make decisions his donors & voters won’t like and who is very selective about the science he hears. https://t.co/TbHNUeb4cr