"The Daily Mail would do a 14 page pullout on this if it was Starmer signing a beer," wrote one person on Twitter. 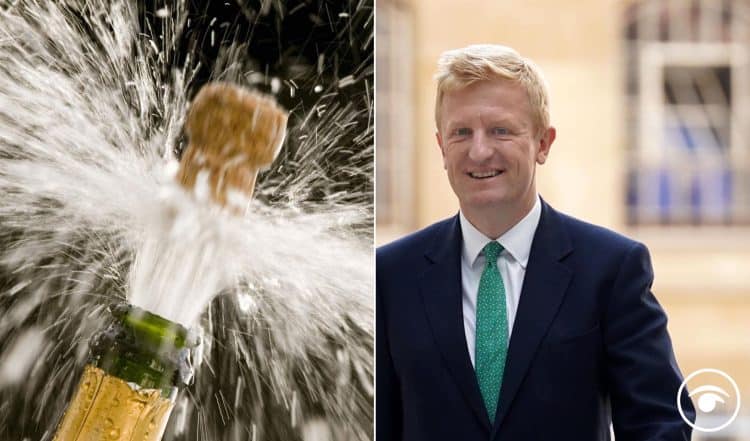 The Tory party chairman has denied making light of Downing Street parties after donating a champagne bottle signed by the Prime Minister to a charity auction.

The item was advertised to bidders as a “souvenir of partygate” at an event in Hertfordshire.

It comes as Jacob Rees-Mogg called the partygate fines a ‘non story.’

A spokesperson for Mr Dowden confirmed he had donated the bottle, but insisted he had “no prior knowledge” of its controversial description.

This was confirmed by the charity behind the fundraiser, the Hertfordshire Community Foundation, as it apologised for “any offence caused”.

An image of what appeared to be a catalogue advertising the item to bidders was shared by the food critic Jay Rayner on social media.

It described the bottle as a “souvenir of partygate and the exemplary behaviour and morality of our dear leader”, noting that the donation was made by Mr Dowden.

“Last night a champagne bottle signed by @BorisJohnson was donated to a charity event in Hertfordshire by local MP and Tory party chairman @OliverDowden. Read the description.”

This has not gone down as well as the champagne presumably did: