North East Lincolnshire and the East Riding of Yorkshire both have just 37 NHS dentists for every 100,000 people. 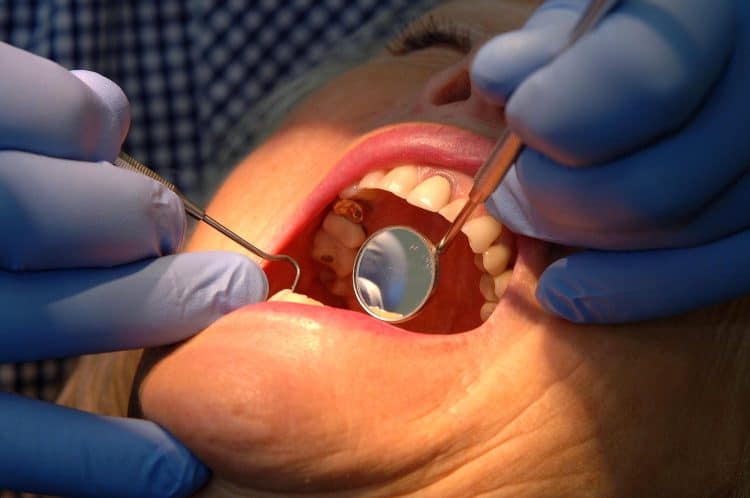 More than 2,000 dentists quit the NHS last year, leaving millions of people without access to care, according to reports.

“Dental deserts” are forming across England, making it more difficult for patients to get check-ups or have tooth problems treated, the Guardian reported.

A new report by the Association of Dental Groups (ADG) shows the number of NHS dentists fell from 23,733 at the end of 2020 to 21,544 at the end of January this year, according to the paper.

The Guardian estimates that around 4 million people have been left without access to NHS care as a result, given dentists each have a caseload of about 2,000 patients.

The health service is now facing the lowest levels of dentists it has had for a decade, the ADG, a trade association representing some major dental providers, said.

The decline in NHS dentists has meant “we are now seeing ‘dental deserts’ emerge across the country where there is almost no chance of ever seeing an NHS dentist for routine care”, according to the ADG report quoted in the Guardian.

The ADG also warned that the figures point to a potential health crisis looming, in which cases of mouth cancer and diabetes could go undetected without check-ups, according to the paper.

In the report, the NHS clinical commissioning group (CCG) in North Lincolnshire is identified as the part of England with the smallest number of NHS dentists per 100,000 people, at just 32.

North East Lincolnshire and the East Riding of Yorkshire both have just 37 NHS dentists for every 100,000 people, according to the report.

A Department of Health and Social Care spokesperson said: “We’ve given the NHS £50 million to fund up to 350,000 extra dental appointments and we are growing the workforce so people can get the oral care they need – in December 2021, there were 264 more dentists registered than the previous year.”

The Guardian have said the 264 figure relating to last December includes both NHS and private dentists.

“We are committed to levelling up health outcomes across the country – we have set up the Office for Health Improvement and Disparities to address the long-standing health disparities and will publish a white paper this year to ensure everyone has the chance to live longer and healthier lives, regardless of background,” the spokesperson added.

Related: Minister defends PM’s stance over Covid care home scandal but is debunked in this video